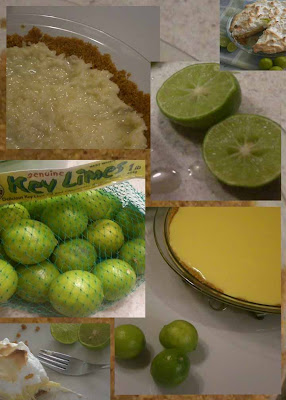 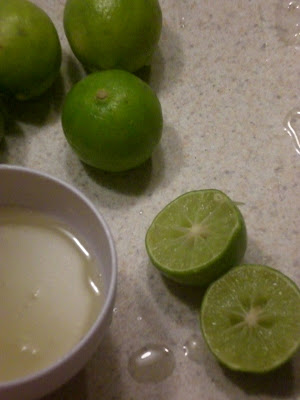 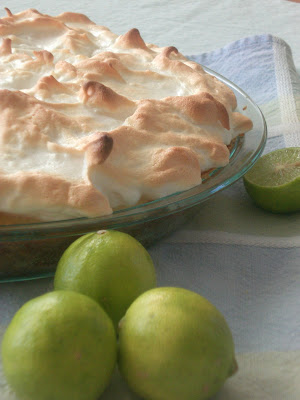 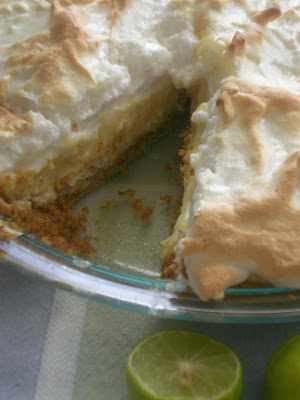 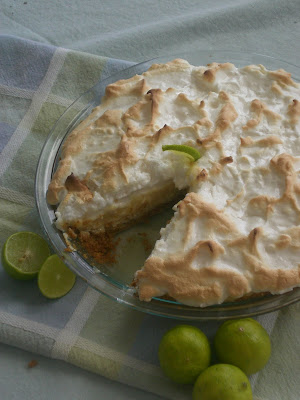 So this was my first Tuesdays With Dorie challenge…Florida Pie. Let me acknowledge first off that I am not a big fan of pie. I do like a good lemon meringue, and pecan pie has always been tasty. But lime? The only Key Lime pie I have ever had has been the generic boxed variety, and while not bad, it just wouldn’t be the first flavor I would reach for in the frozen foods section. So Florida Pie. Never heard of it, but Key Limes are the main ingredient, followed by coconut. Luckily, I love me some coconut…it tastes like vacation, and everyone knows how much I like to vacation.
So, because I am a slacker, I didn’t even start the recipe until last night at about 8:30. Okay, now that’s not true. I didn’t even LOOK at the recipe until 7:30, and then went to the store to buy the limes and other necessities. I really wanted to make 3 mini-pies, because I like to be able to give them away, but I didn’t have mini-pie pans, and apparantly, here in Podunk, no such item exists. At least not at the local Walmart. But they did have Key Limes, which I had already resigned myself to having to use regular limes, so that was a positive.
Okay, so it’s now 8:30, the baby’s crying, the husband is not yet home from a long day at work, and I am starting to make a graham cracker crust. Well, that was easy. Juicing the dozen Key Limes was also less difficult than I had imagined. All in all, the pie came together much easier than the Lemon Tartlets I previously posted. Reason being was that the lime filling didn’t have to be boiled and stirred and stirred and stirred. I just dumped it in the pie on top of the coconutty goo base and slipped her in the oven. Easy Peasy. I let it freeze overnite and decided to tackle the meringue after work today.
Hahaha. jokes on me. Baby Seven wanted me up in the 6 o’clock hour. I don’t do 6. Or 7. Usually not so keen on 8, either, but seriously…6?? So I fed him a bottle and proceeded to make meringue while chickens of the world remained roosted. I deviated from the recipe a bit in that I added a splash of vanilla to the egg whites, because I think vanilla is the key ingredient in making anything taste good. This was no exception. My only complaint about the meringue is that I wish there had been more of it. I like topped super high and triumphant. But there was plenty, and I plopped it back in the oven to brown and plopped the baby back in bed to sleep.
Turns out I LOVE this pie. Yes, I ate it for breakfast at 7 this morning. A piece, silly, not the whole pie. I will definitely be making this recipe again, only this time there will be three mini versions (I will order those pie pans today online) and there will be more meringue. Lots more. Yum. 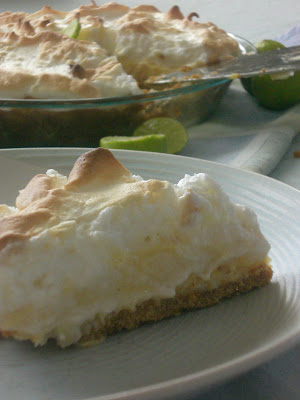