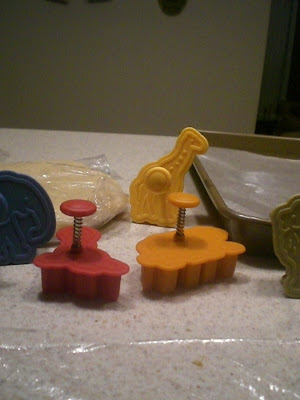 While we were at the beach, I became obsessed with getting to Williams-Sonoma and buying those uber-expensive cookies cutters that only THEY have. They look exactly like the Animal Crackers of yesteryear, though now that I have made them, I can say that while they look great, they do not taste like Animal Carckers. At least not the recipe provided on the WS box. Kind of decieving to have something look so familiar and yet taste so different. 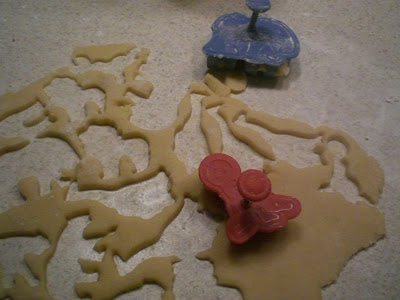 It took me a fair bit ofcussing and re-rolling to finally get the hang of these cutters, as they imprint as well as cut. A bit fickle, I would say, but once you get the hang of it, itsails along pretty quickly. One thing I was surprised about was the amount of cookies the recipe made. It states on the box tht the recipe will make around 20 of each animal shape – or 100 cookies. Looking at the amount of dough I made I thought NO WAY. Not even close. Well, I was wrong. It made almost exactly that amount. So, I packaged some up (not quite as prettily as StampinMama, who is very creative and sooo inspiring) and delivered them to a sick neighbor. The rest are reserved for hot sunny days at the Country Club kiddie pool, where you can never have too many treats nearby for hungry youngin’s! 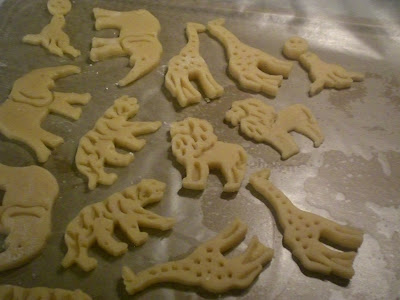 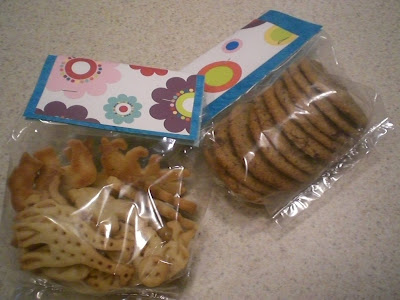