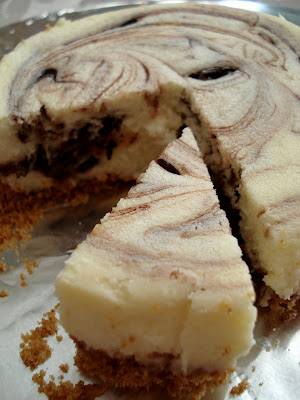 This month’s You Want Pies With That? Challenge was to make a Literary Pie – of course, this being the choice of Mary the Food Librarian. What else would you expect from the Food Librarian??
For my entry, I tossed around a few ideas, but finally settled on a One Flew Over the Cuckoo’s Nest Hazelnut Cheesecake. Huh? Well, it’s just plain nuts, right? But then again, maybe it isn’t…maybe it’s just really good and wants you to enjoy it. 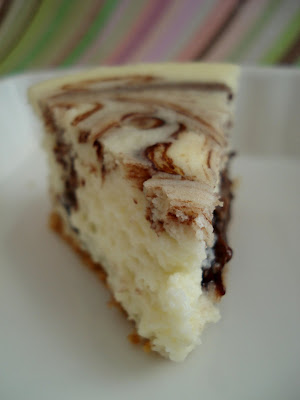 What I did was use Dorie Greenspan’s never fail Tall & Creamy Cheesecake recipe as my starting point. I did mix in ground hazelnuts to the crust (yum), and then poured in the batter. From there, I added straight up Nutella and swirled it around (kind of looks “nesty” I think…well, maybe I am pushing it just a tad here) and popped it in the oven. 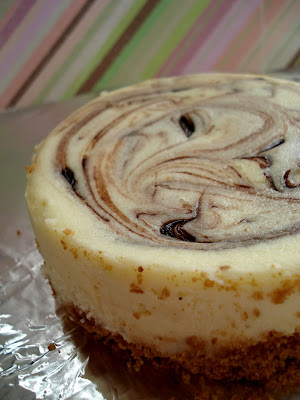 Taste? Oh yeah. This is good stuff. The Nutella would make a great base layer as well, in case you didn’t want to swirl it in, just add a nice layer on top of the crust before adding the batter. Then you could top it with ground hazelnuts mixed with dulce de leche, and then pour a rich chocolate ganache over the whole deal….ooooh. Next time. 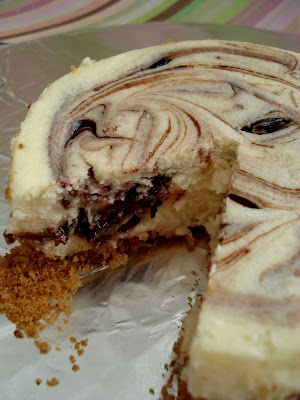 Now, head over to the YWPWT Headquarters and check out all of the other Literary entries. We’ll be voting tomorrow on our favorites…maybe next month you will play along with us!