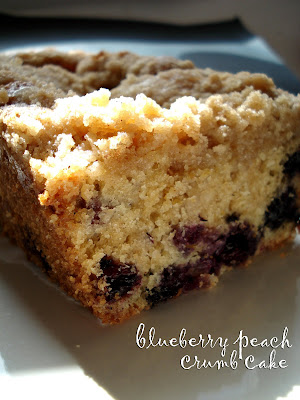 When I heard the words Crumb Cake, I thought of Coffee Cake.
And when I think of Coffee Cake, I think of stale. Like, cardboard cake that is sitting out in an office breakroom, who-knows-how-many-days old, brought in by that secretary who saw it a few days ago in the grocery but forgot to bring it in so it’s been in the trunk of her car in a plastic grocery bag – not even a reusable bag – and now it’s beside the coffee pot that time forgot and yet still manages to get use. And I don’t even drink coffee. Yes, really. Don’t drink it. Some people don’t. And no, I don’t really know any others. It’s not like we have a club or anything. We aren’t the NRA or Mensa. 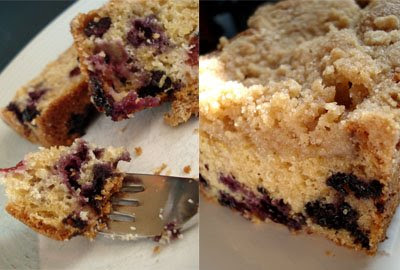 So let’s just say I was not excited about this week’s choice. In that vein, I decided to make a half recipe.
That was just stupid on my part.
This cake, while baking, fills the house with the sweetest aroma of anything I have ever made. It’s heaven. It isn’t stale. Not cardboardlike at all. Just a great tasting cake you’d be thrilled to have at breakfast. Or brunch. Or with coffee, if you were so inclined. Okay, I like the smell of coffee, just not the taste. Give it a rest. Oh, and the topping on this cake? Good Lord. It’s almost too good.
The only changes I made to the recipe were to add a bit of cardamom to both the topping and the batter, and to add a few diced peaches in with the blueberries. I tossed the berries and peaches with a bit of sugar and lemon juice as well. Oh, I added nearly twice as much orange zest as Dorie called for…I just can’t get enough of that stuff! 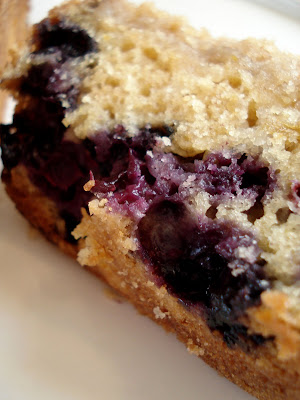 A big thanks to Sihan of Befuddlement for choosing the Blueberry Crumb Cake on pages 192-193 of Dorie Greenspan’s Baking: From My Home to Yours. I doubt I would have ever made this tasty cake on my own. Just think what I would have been missing.
If you don’t already have this cookbook, you should. Get it here.
And now go see the rest of the gang. We all made it. Visit our Headquarters at Tuesdays With Dorie. We are a real club. Like the NRA and Mensa. Really.