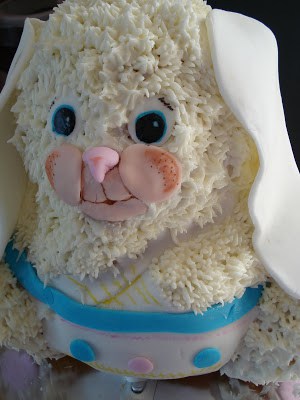 Don’t you wish the things you dreamt up really came to fruition?
I don’t mean like the dreams where you can fly off of cliffs, or you’re “Bought Google Stock in 1995” rich, or, or, or you look hot naked…I am talking about those grand ideas you had…the ones you just knew would be the bomb if only you had the time/money/know how to do it.

This Bunny Cake was one of those things. 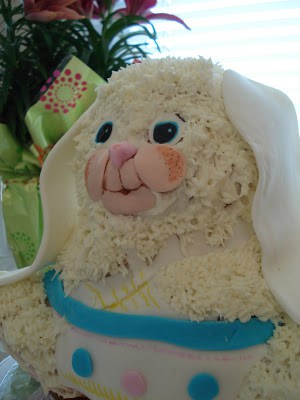 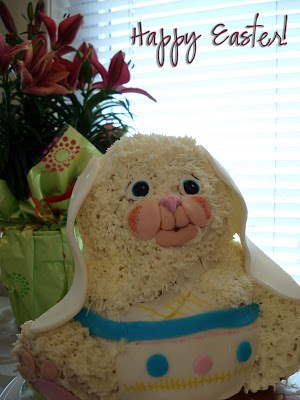 But I forgot that I really don’t have any cake decorating experience to speak of, aside from that Wilton Course I took. I learned nothing there about furry woodland creatures or eggs. Add to that the fact that after 3 hours of piping fur with icing made of cream cheese and butter instead of shortening (I know, stupid – it’s too melty) I just gave up on perfection. That’s too bad, too, because he really wanted to be great. Don’t get me wrong, he’s not bad, but oh, his potential, folks. 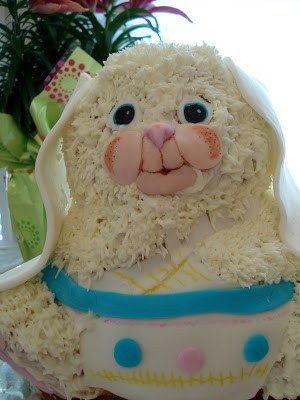 If you find the internet champion of all things Easter Bunny in the next day or two, you tell them to watch out. There’s a year between now and the next Easter, and I’m going to be practicing.