Have you gotten involved with Kitchen Play yet?

What are you waiting for?

I was thrilled to get the message from Casey (mastermind of Kitchen Play as well as Tastestopping) that I would be participating in the Holiday edition of the Progressive Dinner Party. I was a little nervous, to be honest, because all of those bloggers who have gone before me have put up quite a spread. Would I fit in? Could I hang? Would our sponsor –MySpiceSage.com – be happy with what I created? 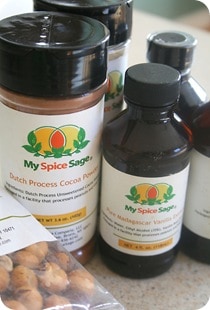 Okay, okay. I’m sure you are wondering what in the world I could possibly make with that mess of ingredients. Doubters!! I created genius! (Actually – two varieties of genius!) 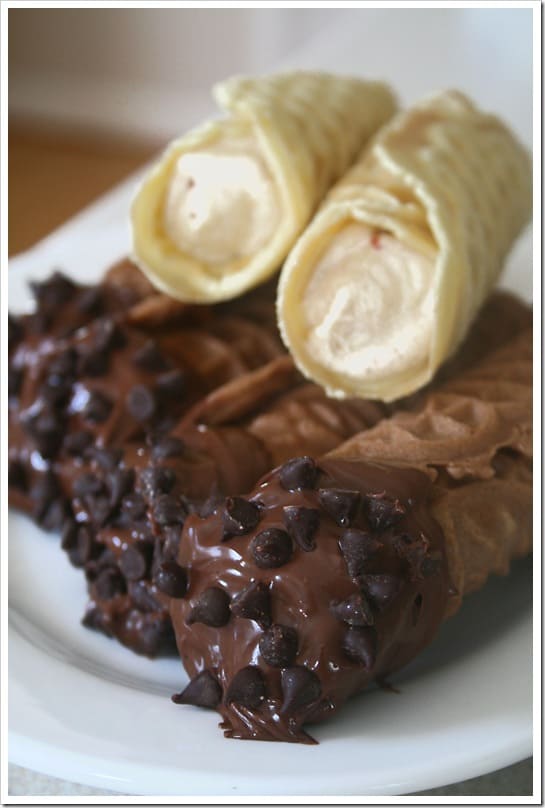 Both desserts are Pizzelles. Have you heard of them? They are a basic Italian cookie, made in a machine very similar to a waffle iron, just with prettier designs and a thinner outcome. Pizzelles are often used to make ice cream cones, and I think you will find that the taste is quite similar, in case you are curious before actually setting out to make them. But, because YOU control what goes into the batter, you get a MUCH more delicious result.

For the first variety, I made an almost basic pizzelle recipe, but added a lot more flavor by using both vanilla and bourbon, as well as a bit of Pumpkin Pie Spice. I filled these with a Cream Cheese Buttercream that was spiked with a healthy dose of the Ceylon Cinnamon, ginger, and a dash of ground cloves. But wait, there’s more! Those little dots of red you see hiding in the filling? That’s chopped Goji Berries. Have you tried them? They are, for lack of a better explanation, a drier, tangier raisin. They were a wonderful compliment to the spiced cream cheese.

In the second variety, I made a chocolate pizzelle batter, with a bit of vanilla and almond extracts, as well as Almond flour. These I filled with an orange infused chocolate mousse and ground hazelnuts. I dipped the ends in dark chocolate and chocolate chips to dress them up a little more – perfect for a holiday party. As an alternative, you could sub out the orange oil for peppermint extract, and then dip the ends in chocolate and crushed peppermint candies. Showing up at your office with a tray full of these would practically guarantee you a raise, wouldn’t it? If not a raise, well, a Christmas Bonus for sure! 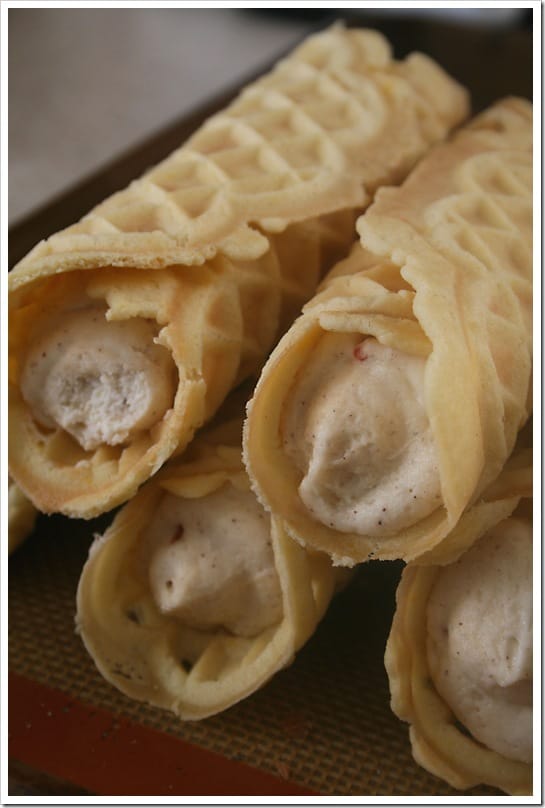 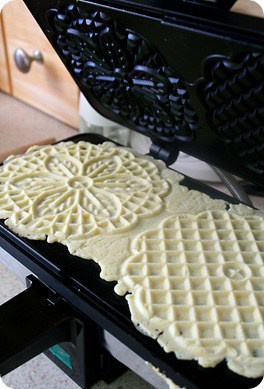 In a large bowl, beat together the eggs and sugar. Add in the butter, vanilla, and bourbon. Add the flour, spice, and baking powder and mix until well combined.The batter will be thick and stiff enough to drop by spoonfuls. Make sure your Pizzelle maker is hot, and place the batter slightly behind the center of the design. When the machine closes, it pushes the batter forward, and placing it this way gives you a better result. As soon as you remove the pizzelles from the machine, be ready to wrap them around a spoon handle, or shape by hand into a tube. You can also wrap them around an ice cream cone form, but this is not necessary. Most of mine I formed using my hands only.

Combine butters and cream cheese and beat in electric mixer until smooth. Add in remaining ingredients, except for Goji Berries. Beat on Medium High Speed for 5 minutes. Add in Goji Berries and mix for an additional 2 minutes. Pipe into formed Pizzelles. 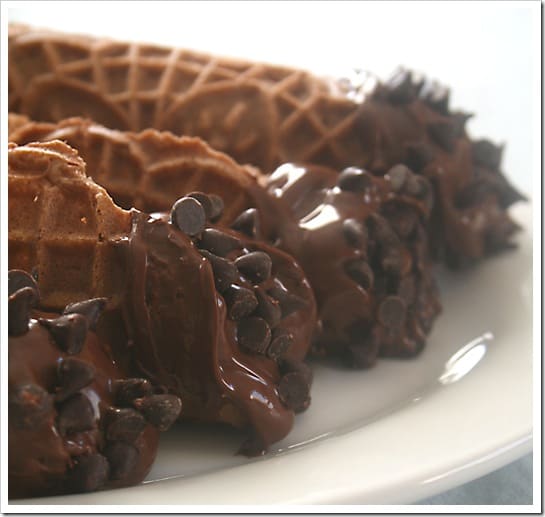 Sift the flours, baking powder, and cocoa powder in a bowl. In the bowl of a stand mixer, beat the butter and sugar until smooth. Add the eggs, milk, almond extract and vanilla. MIX until well combined. Add the dry ingredients and mix until smooth. Proceed with the making of the Pizzelles as described above. 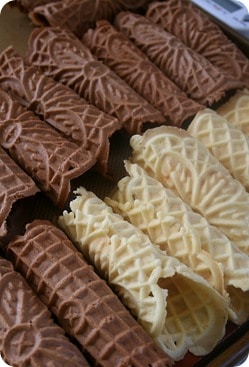 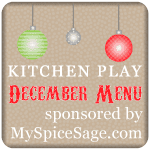 Kitchen Play is also giving YOU a chance to win $100! To enter, you can recreate either my recipe, or any other of the bloggers’ MySpiceSage.com recipes. The contest is being held at Kitchen Play. You can enter a total of 6 entries, which are any of the 6 courses that we have created. You can find more details and the other bloggers’ recipes at Kitchen Play. Contest is now through December 31, 2010, and full contest rules are also available at Kitchen Play. Go!

Disclaimer – I was supplied the spices for free as well as a small stipend for my recipe creation.