I really have a hard time grasping it. Four.

Next week he starts Pre-School.

He’s potty trained. He can dress himself. Feed himself. Make his own toast and sandwiches. He can write most of the alphabet. He could teach a class on mastering the dynamics of the iPhone. 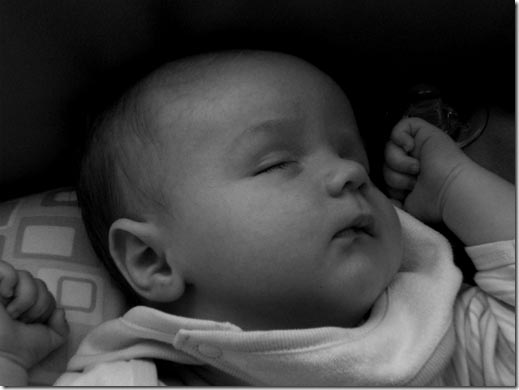 And then he turned One. The Monkey Cake was my first Wilton Course completed cake…just in time for his birthday party. 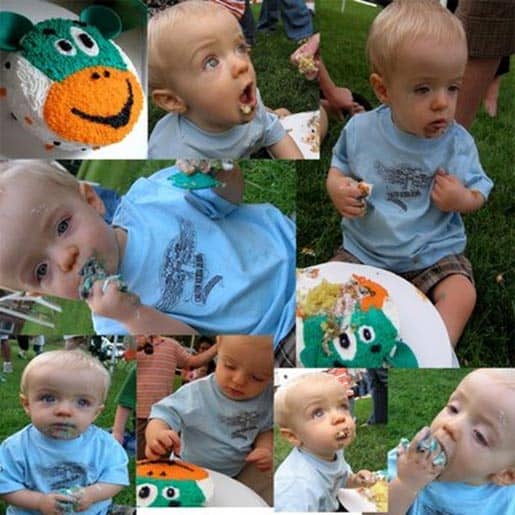 Twelve months later…the big boy turned two. He had three cakes that year, but the main one was this farm inspired 3 tier cake. We had over a hundred people at that year’s party. Another first for me, as it was my first stacked cake. 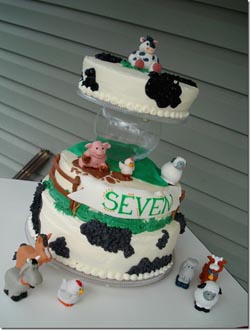 Last year he turned three, with a Monster Cake. He still talks about that one. 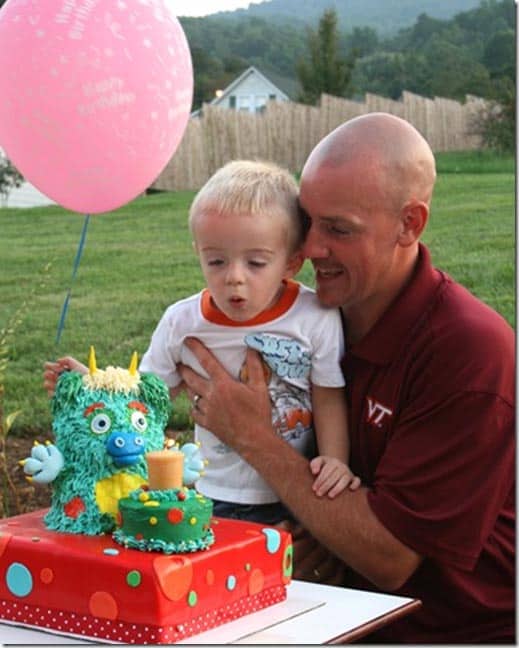 And now, he’s four. Which means, clearly…he’s a BIG BOY. Today, he and I are off to do Big Boy things, including a movie, some bowling, some shopping, and probably Chuck E Cheese…if we make it as far as Roanoke. He’s got a bit of birthday money burning a hole in his tiny pockets, and the kid wants Super Mario for the Wii.

We had his birthday party slash BillHilly Bash over the weekend, and his request was a “Pirate Cake with real skeleton on it.” He got his wish, except the skull was actually a fondant covered potato. He didn’t seem to mind. 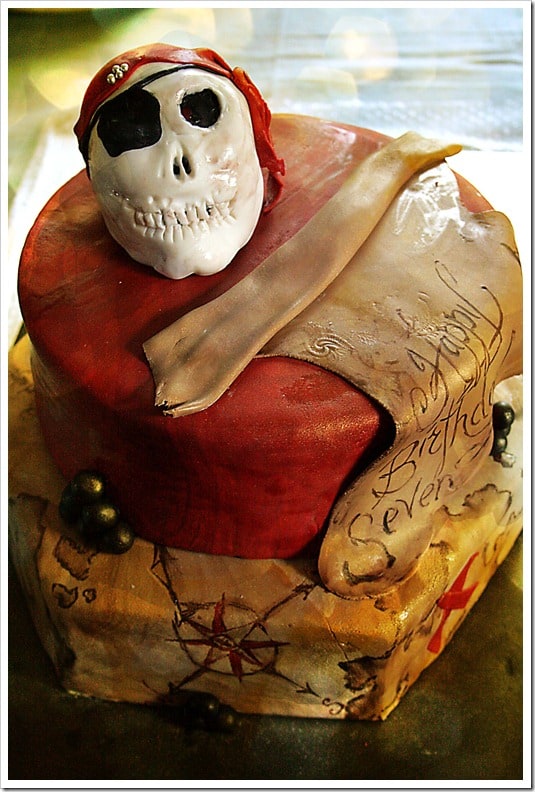 The bottom tier was Swiss Chocolate filled with chocolate mousse, caramel, and Snickers. The top tier was yellow cake filled with whipped cheesecake buttercream and fresh strawberries. As you can see, it’s in the design of an antique treasure map. I hand painted it all, including a compass rose, landmasses, and a pirate ship (which you can’t see in these photos, sorry). The top was just a marbled red, with a scroll lying over it. Stacks of cannonballs were placed around the cake, and finally, the skull graced the top. I sprayed a bit of gold luster over the whole thing and called it a day. Another thing I made for the kids at the party was Pirate Cupcakes. I was thrilled with these really cute cupcake wrappers from RoundAbouts. They are reusable (if you so desire) and they fit our theme perfectly! I posted a couple of cupcake pictures on Instagram the day of the party and had people asking where they are from…and RoundAbouts in the answer. They have so many designs, I’m sure you will find something you love!

If you scoot over to my Facebook site and comment on the Roundabout post, you’ll be entered to win a package of cupcake sleeves for yourself…just tell me (on the FB site) which of the sleeves you think you’d like! Is it the pirates? The winebarrels? The spaceships? Go take a look, there are so many cute ones!

I never, looking back now, considered that I would be the one making all of his cakes from year to year, especially cakes like this. I feel like having readers to answer to keeps me motivated, at least cake-wise, and for that, I thank you.

I’m sure Seven does, too, he just doesn’t know it. Maybe his smile will be thanks enough for now.