I push the limits sometimes. Okay, a lot of the time. But even I am going to have to go on record here and say – S’mores Chocolate Waffles are dessert. Not breakfast. Dessert. 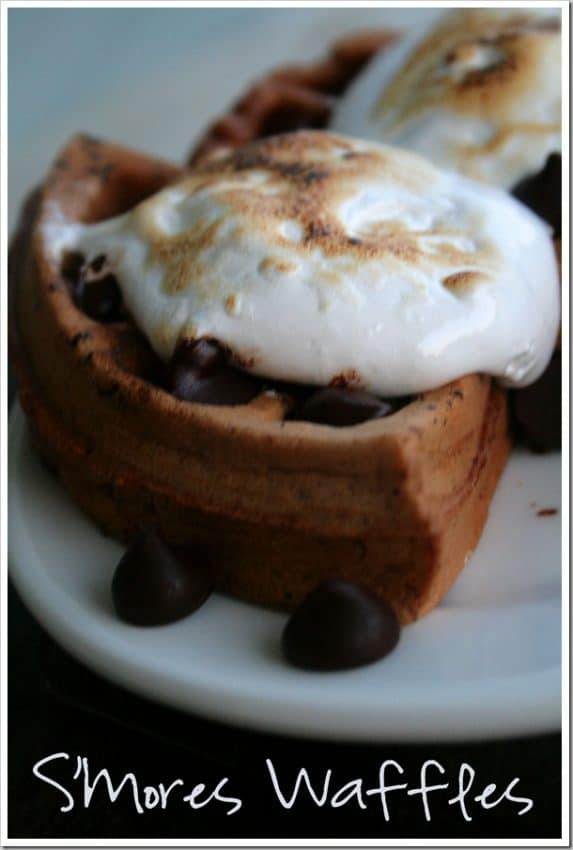 I’ll cave a bit and offer you the choice of having them for brunch, but only because you are a grown up and can make your own decisions after 10am. I trust no one who wakes before 630 (who am I kidding – 830), so I doubt anyone’s ability to do the right thing before 10.

Save the waffles for later.

Honestly, these were kind of a random occurrence. Brandi and her husband joined us for dinner last night, following my whirlwind weekend of recipe photographing. I was recently hired to take pictures of over 20 recipes for another cookbook, and that involved me making a LOT of food. A LOT. So, I had experimented with some waffles earlier in the day that I hoped to serve as a dessert.

But waffles aren’t really a dessert if you ask me.

If you have to put syrup on something, it’s breakfast. 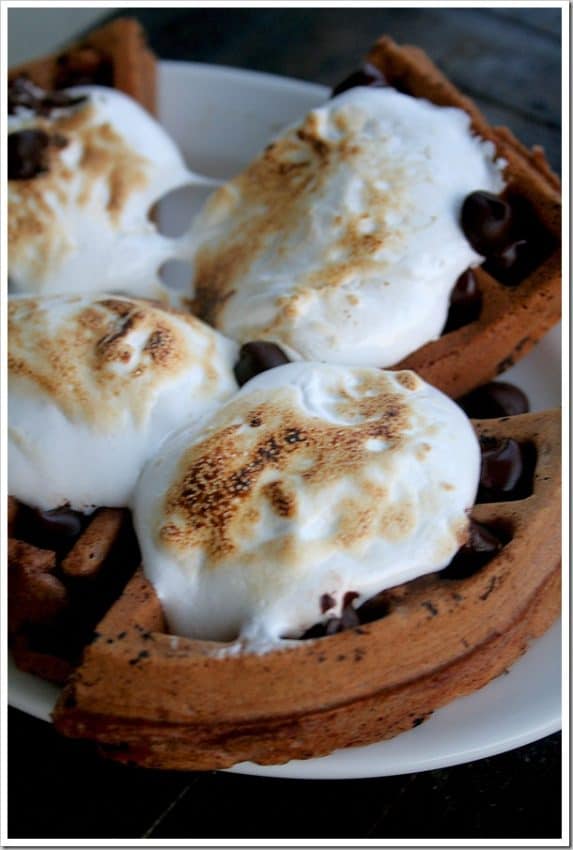 So I added lots of dark chocolate chips, and got them nice and gooey in the microwave. (Remind me to tell you about my new microwave – it’s amazing and I am pretty sure a genie or wizard lives in it.) I followed that up with big scoops of marshmallow fluff, which I promptly toasted with my torch.

If I had planned ahead, I’d have had chocolate syrup on hand, just to push it over the top, but honestly, it didn’t require it. Chocolate Waffles with Chocolate Chips equals Plenty of Chocolate.

I won’t stop you from doing it though…it’s after 10am, after all. 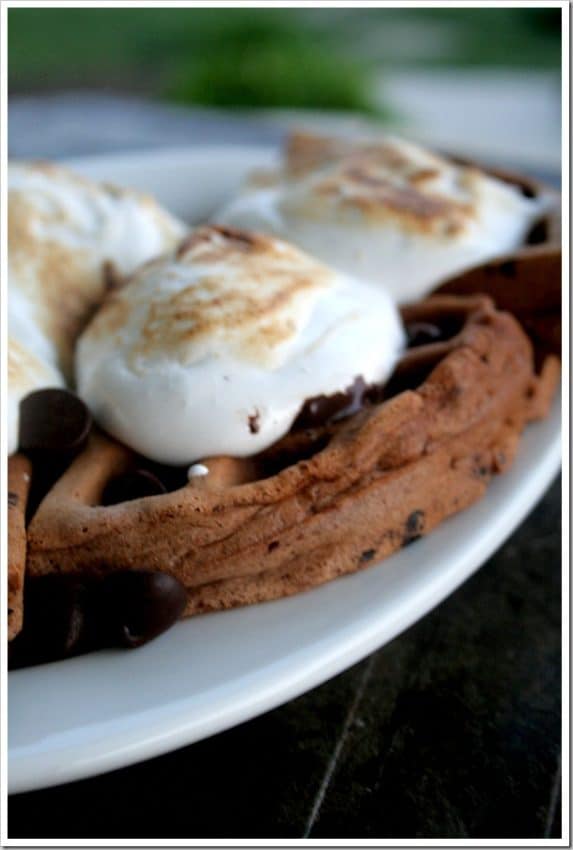 Cream together butter, sugars, milk, and egg. Set aside.
Sift flour, graham cracker crumbs, baking powder, salt, and cocoa. Beat into creamed mixture.
Allow batter to rest for 25-30 minutes.
Add to waffle iron and cook according to manufacturer’s instructions. Keep cooked waffles in air-tight container.)
When ready to serve, top with desired amount of chocolate chips, and melt in microwave on low setting. Add marshmallow fluff and then use torch or oven broiler to quickly brown the fluff. Serve and enjoy!

Have a great week everyone!