This is a Sponsored post written by me on behalf of Quaker Oats for SocialSpark. All opinions are 100% mine.

I love to bake. Anything. Everything. Cake. Brownies. Cookies. But despite what it looks like on my blog, we don’t actually have baked goods just laying around here all the time. Lots of the time, but not ALL the time. There really aren’t enough sweets in the tri-state area to keep Seven happy, and Jon, the “I don’t really enjoy sweet stuff” guy sure does seem to scarf down his fair share of brownies. I couldn’t keep up with the two of them in supply even if I wanted to. 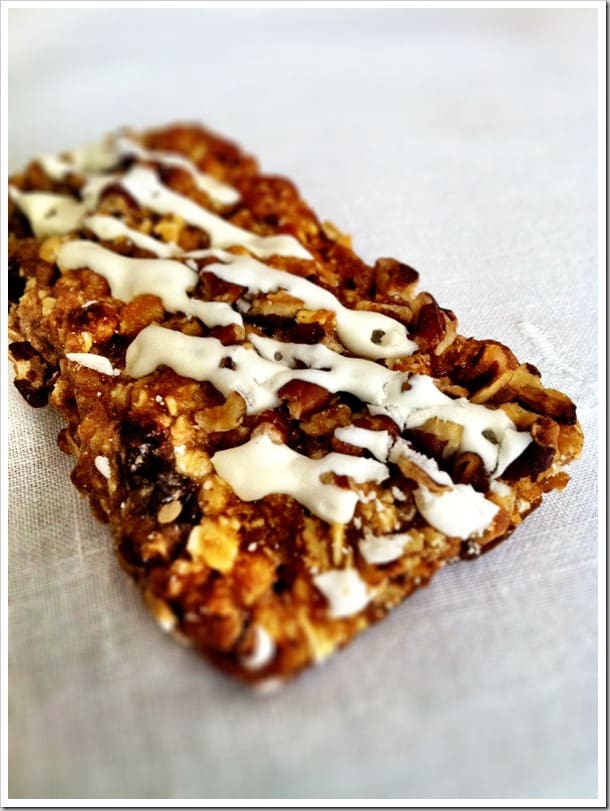 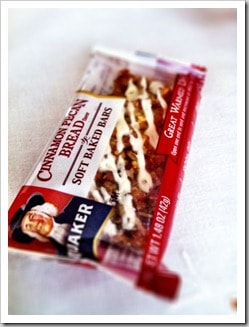 What I like most about them? They are individually wrapped. That means Seven understands that ONE package equals ONE serving. It also means it makes for easy packing into Jon’s lunch or my quick breakfast on the go. Ease is important around here! The individual packaging is also helpful on shelf life…these things really seem to stay fresher and softer longer than I imagined. Good stuff!

What I also like about them? Flavor. The Cinnamon Pecan Bread is my favorite, but the boys are bigger fans of the Banana Nut. Both are good, but me and cinnamon are old pals. These sort of taste like a cinnamon bun in soft cookie form. Nothing bad to say about that. Except, of course, when I run out of them. THAT would be bad.

Did I already mention we like EASY around here? I did. So…I’ll admit to giving them to Seven as his breakfast once. 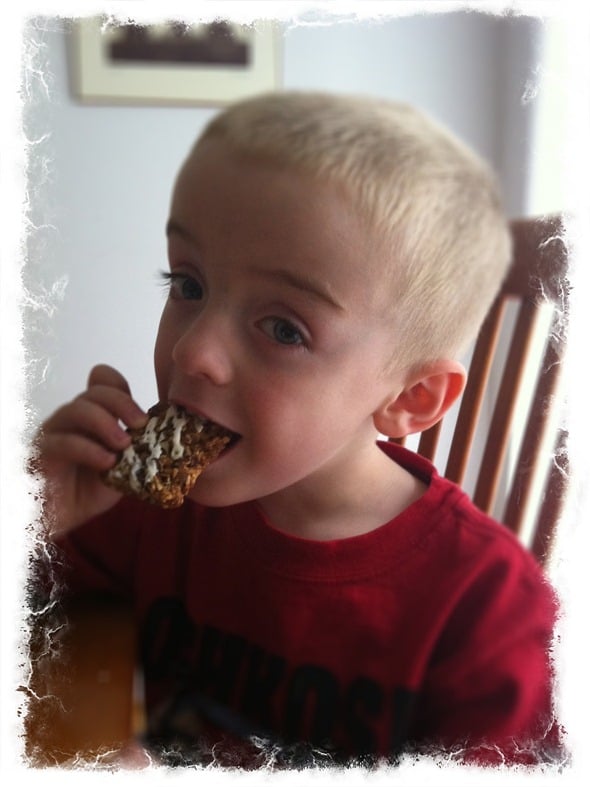 Why not? If we are on the run to catch the dollar movie and we are late as usual, this breakfast snack is a wholesome food compared to a Poptart and just as healthy as a muffin. What’s the difference? There are only 140 calories (not too shabby), and have plenty of fiber and B vitamins. Not that I am in the running for Mom-of-the-Year anyway…I’d probably show up late for that award ceremony too!

Have you tried the new Quaker Soft Baked Bars ? You should! I’ll see you at the dollar movies – and I’ll instantly know you know the sound of me unwrapping that cookie package. Be sure to wave!