If I had four dollars and day to spend and the metabolism of David Beckham, I’d go to Dairy Queen every single day for a banana split.  Truth. No pineapple, though, as I do not dig it.  Instead, double up on the strawberries or add blueberries.  Either option will do.

Alas, I do not indulge in the daily banana split.  To be honest, I can’t even remember the last time I had one.  Months, I guess, and that’s a sad, sad thing, since here it is the end of summer already, and I should have indulged.

Well, despite that, this Saturday, August 25th is National Banana Split Day.  Maybe I can make the trip and dig in.  Will you? 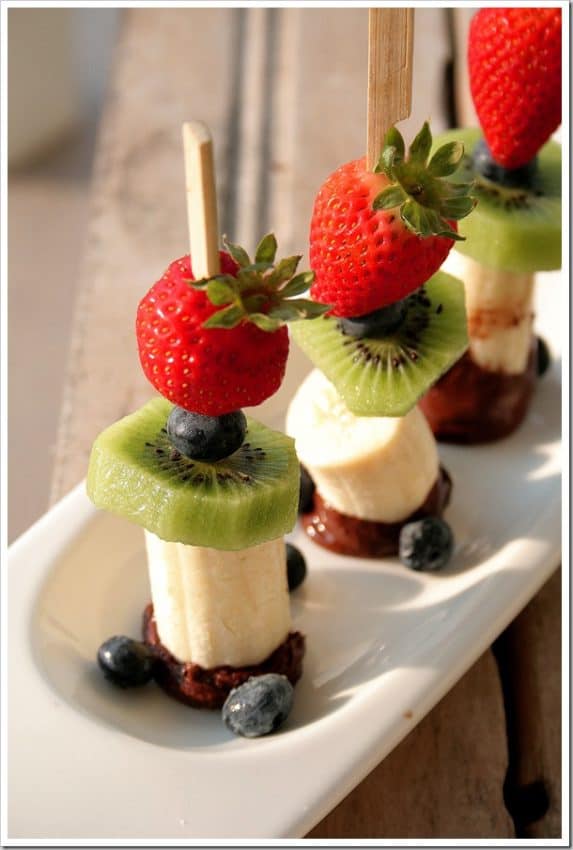 I know, I know.  We need to watch our calories.  So, along with Dole Bananas, I am offering you a lower calorie Banana Split inspiration.  Sometimes we just want to have something a little sweet, and not have to buy 12 new pair of pants.  I get that.  This particular Banana Split is calorie friendly, and really quite healthy!  A Dole Banana, cut into thirds, and dipped in melted dark or semi-sweet chocolate (dark isn’t too bad for you!), skewered with a couple of blueberries, kiwi, and a strawberry.  You can eat just one, or eat all three, you’ll still be under 350 calories! (That’s a far cry from the typical 1000 calorie treat, right?)

So, give it a shot.  It IS National Banana Split Day, after all. 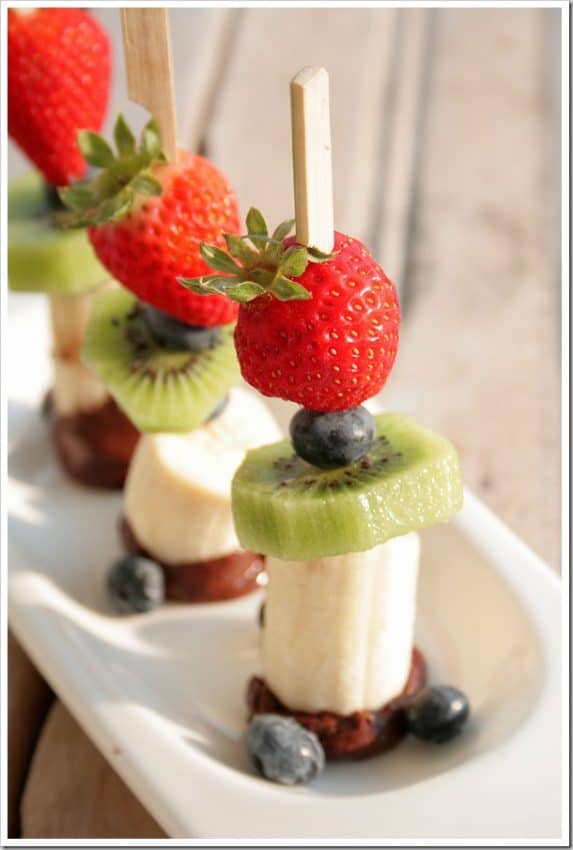 Dip bananas in melted chocolate, skewer with berries and kiwi as desired.

DOLE PEELS AWAY THE CALORIES WITH SEARCH FOR HEALTHIER BANANA SPLITS

WESTLAKE VILLAGE, Calif.  (August 22, 2012) — The great American banana split can be decadently delicious without all the fat and calories.

That’s the word from the world’s largest banana provider as the country approaches National Banana Split Day on Saturday, August 25. In honor of the holiday, DOLE® Bananas (http://www.dole.com/bananas) seeks to peel back the 1,000-plus calories of the traditional banana-based dessert and encourage the creation and sampling of far healthier alternatives less than 350 calories.

Created by a 23-year-old Latrobe, Pa., pharmacist in 1904, the banana split is one of America’s favorite desserts. At an average of 1,000 calories, it’s also one of the country’s biggest nutrition offenders. Planting its flag on the Aug. 25 holiday to offer banana and dessert fans healthier alternatives, Dole is hosting a nationwide Social Media Party to highlight creative banana split recipes that will be used in a “Dole No-guilt National Banana Split Day Album” on the DOLE Bananas Facebook page.

On Friday, Aug. 24, from 3 p.m. to 4 p.m. EDT (12 p.m. to 1 p.m. PDT), foodies and banana fans nationwide are encouraged to Facebook post (www.facebook/DOLEBananas) and Tweet @DOLEBananas using the hashtag #BananaSplit with creative blog posts, recipes, photos and ideas for the perfect “No-guilt Split.”