I’m not going to tell you how many years ago I graduated from college.  When I set out to write this post, that was my intention, but then I actually did the math, threw up in my mouth a little bit, and then decided  to just lie about it.

I graduated 6 years ago.

And 7 years ago, when the holidays rolled around, things were a heck of a lot different.  Parties weren’t exactly planned…I did live in a commune, after all.  Therefore, if more than half of the household was home, that meant there were enough bodies to qualify the evening as a party.

Parties varied though…could be we only had week old Ice Cream Cakes to eat (dinner party!), or someone got paid (pizza party!), or two people got paid, in which case… HOLIDAY EXTRAVAGANZA!

What was a Holiday Extravaganza, you ask?

6 people playing “I Never” on the living room floor, under a fort made of sheets, eating all the off-limits cheesies we could get our hands on.  It looked like Jonestown, except with Chicken Cupcakes, way more liquor bottles, and far less Flavor-Aid.  There was usually some random stranger no one really claimed passed out in the bathroom floor, hugging the toilet, screeching at us from his knees that NO, he did NOT want any Sprite.  I assume he made it home alive.

Now, I’m a grown up.  I have Lenox China. I have actual silverware. I have crystal.  I own Brie. I can make a souffle if I want to.  There’s no fort in my living room.

I need a new Holiday Extravaganza. 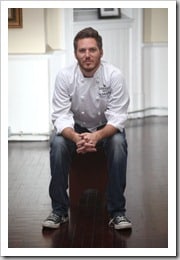 This year, I have partnered up with Captain Morgan (#CaptainHolidays) in a friendly little blogger competition. Ten of us bloggers are going to be serving up a Holiday Extravaganza complete with appetizers, dessert, and of course, cocktails made with Captain Morgan.  Spike Mendelsohn will be judging…I’m so excited about it! (Not like, wish I had a Living Room fort to hang out in with him, but pretty darned excited. Okay, who am I kidding? He’s pretty stinking cute. A fort may not be a bad idea.)

I’ll set the table.  I’ll use linen napkins.  I’ll allow it to be photographed, unlike the extravaganzas of my youth, 7 long years ago.

What I need from you though is SUPPORT. 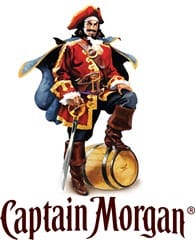 In the spirit of the holiday season, even though this is a competition, it’s for a good cause.  If I win,courtesy of Captain Morgan, the charity of my choice will be given $1000. Yes, there’s a prize or two in it for me, but none of those prizes are as good as THAT, and none of them involve cheesies.

Give me some ideas on the best entertaining ideas you have. Maybe you know the coolest centerpiece to make using buttons and bowling balls. Maybe you have a rum cocktail I could share with my readers.  Maybe you’ve been trolling Pinterest and have hit the motherload of holiday ideas.

Disclaimer: I was sent product and a gift card for assistance in creating my party recipes. All thoughts and opinions are my own.