I’ve been thinking of these for quite some time now… 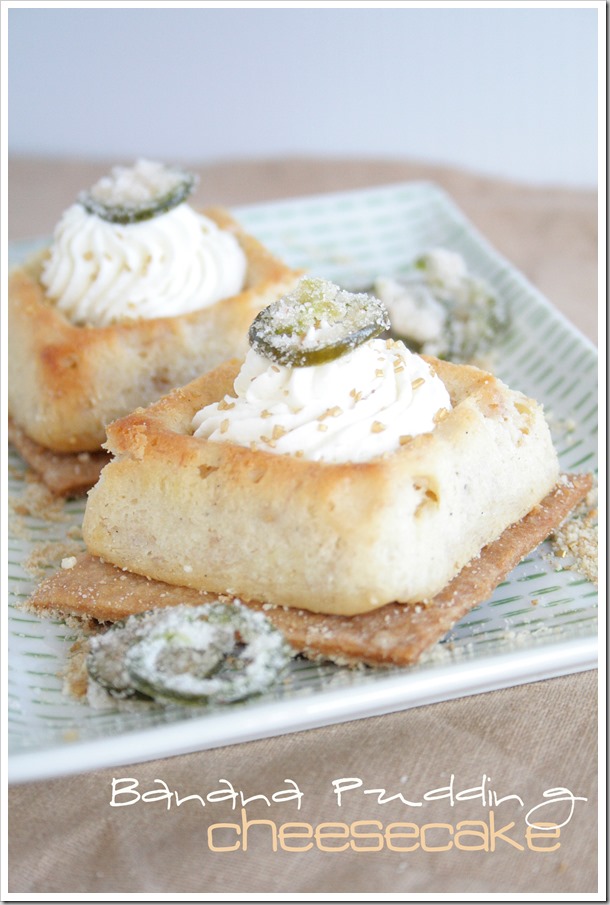 When my friends at McCormick asked me to come up with a brunch worthy recipe using their great vanilla and almond extracts, I knew this would be the way to go. It just had to be done. So thanks, McCormick, for sponsoring this post and forcing me to actually make it happen!

Being from The South, Banana Pudding is a tradition. A Classic. A dessert tied to the territory. I can’t think of a single holiday or pot luck where there wasn’t a Banana Pudding.

But let me tell you a little secret…

True though, and here’s why.

Bananas, for me, have about a 22 minute window of consumption. Not too green, no specks of brown. Perfectly yellow. Eat it quickly, out of hand.

Once the bananas are cut up and put in the pudding?

Oh God. They get brown. And slimy. Let’s not even talk about it, okay? 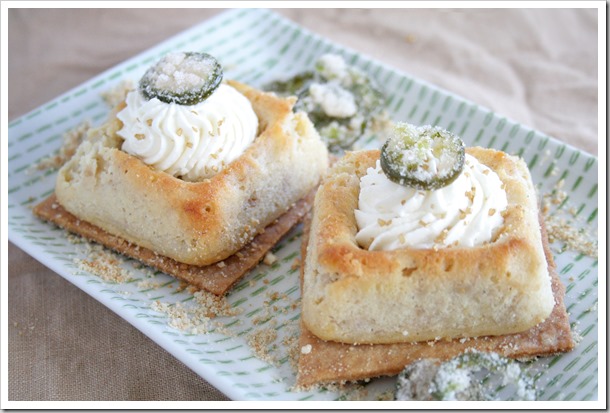 Let’s instead talk about Vanilla Wafers.

I don’t really like those either. They’re either too crunchy (I don’t like to hear myself chew), or, too soggy once they’ve been buried down in the pudding. Gosh, I’m finicky. Whatever. I like what I like.

So despite all that, and the overwhelming tasks that I would need to overcome, I set out to make a Banana Pudding Cheesecake.

Because the FLAVOR of Banana Pudding is pretty darned awesome. Combine something like that with the perfection of cheesecake, the ultimate in desserts?

Could be an award winning combination. 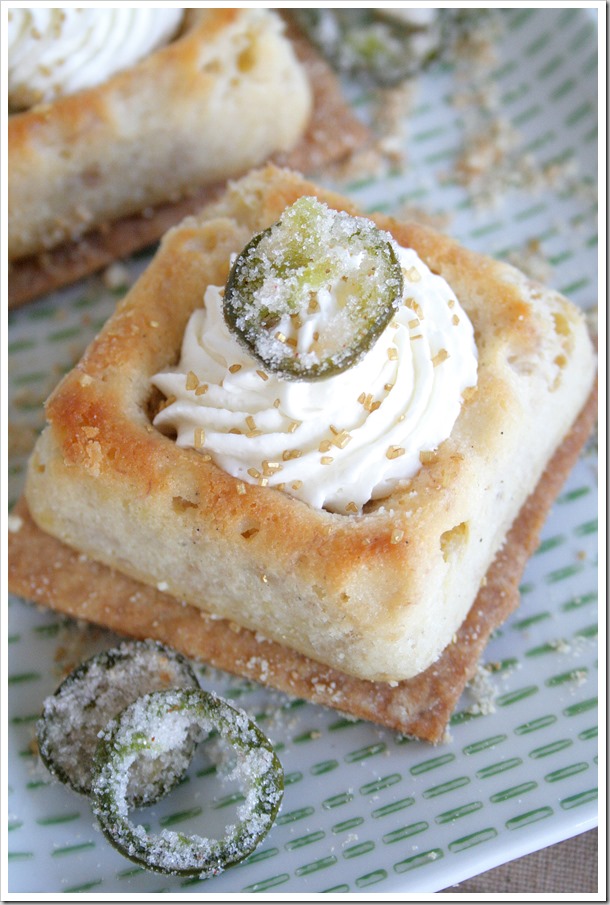 I recently met the Executive Chef of our local restaurant – Chef Mike Behmoiras – who is the mastermind behind The Bank Food & Drink. Mike knows his stuff, and I, the leech that I am, have latched onto him in hopes I can learn a few things. So, like I do, I Twittered him, then texted him, then confused him.

I convinced him to come up last Monday and cook with me.

That’s code for I’m hungry, I have a few people to feed dinner to tonight, why don’t you come up here and cook while I watch, and then I’ll eat it and take the credit for it.

He fell for it. I am very convincing.

It only works once though, folks, then you need to come up with another ruse.

So anyway, while he was here, we attacked the making of the ultimate Banana Pudding Cheesecake. Because I am not a big fan of crusts, I put Chef Mike in charge of that. Plus, he said he had a recipe that would work for our purposes, so off he went. 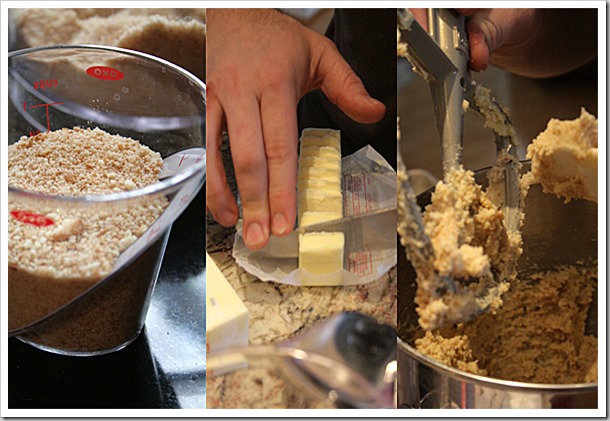 While he did that, I modified my go to cheesecake recipe in order to make it Banana Pudding-y. I gave him 3 slightly overripe bananas, which he roasted with a little brown sugar and Captain Morgan’s Black Rum in Gilda (my KitchenAid range). Once they were smooshed and flavorful, into the batter they went, along with a few wafer crumbs. A quick taste of the batter (how many samples did we have? I lost count), confirmed one very important thing – this cheesecake tasted JUST LIKE BANANA PUDDING.

I baked the cheesecakes in mini silicone molds, but you could also bake it in a regular full sized round. I just wanted to go mini, as it’s nice and easy for a dinner party or brunch. It’ would be a fantastic dish for Easter, and what a way to kick off spring! Give it a shot, I think you’ll love it as much as we did! 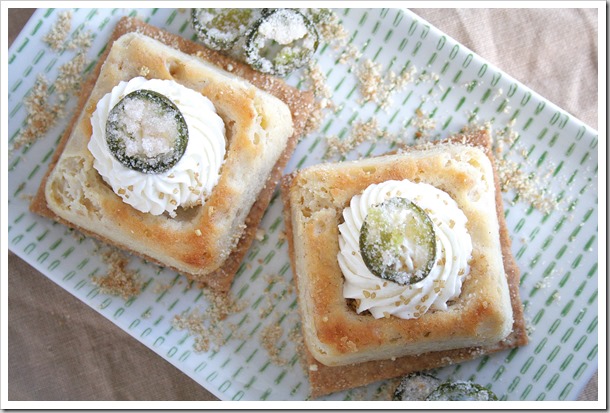 For the Roasted Bananas

Combine the bananas, rum, and sugar; roast in shallow pan at 400 for 10-12 minutes, stirring every 2-3 minutes. Remove from oven and allow to cool while preparing cheesecake batter.

Mini Cheesecakes – Place one mini cheesecake onto one cookie crust. Top with homemade whipped cream and garnish as desired. 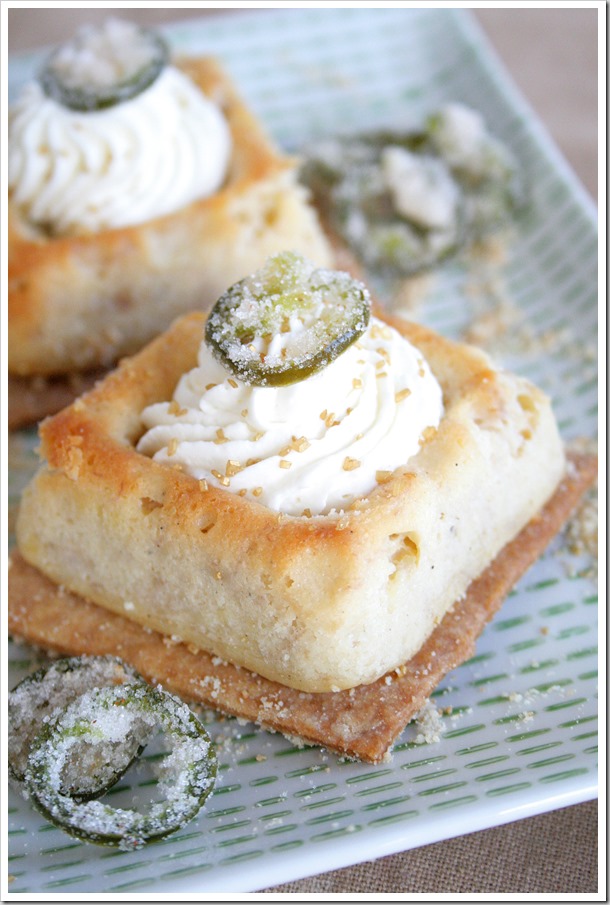 Thanks so much Mike for your help, and I’m thrilled to have gotten to get to know you. I think. And thanks for the sugared jalapenos we used to top this beauties – I appreciate it!

This post is courtesy of and sponsored by McCormick. All thoughts and opinions are my own.