After School Snack with Go-GURT

I remember clearly, my days in elementary school.

Every day my cousin and I would ride the bus to my grandmothers house, where we would race each other to the living room, each of us vying for the best seat in the house…the couch. Well, I always wanted the couch – he always wanted her chair. So, umm, I’m not really sire what the race was for. But there you have it.

After we’d secured our prime TV viewing locations, we’d turn the tube on to Scooby Doo, followed by Andy Griffith. There was an ongoing change in programming, but not because there were a variety of stations. We had 4 stations back then. Count ‘em – 4. ABC. NBC. CBS. PBS. We used to LOVE the Sid and Nancy Krofft shows, especially the Bugaloos and Land of the Lost, but alas, those only lasted about a year, then some random stupid show came on instead. That’s about the time we picked up Andy Griffith and we pretty much got trapped there in Mayberry.

My grandmother always has an after-school snack for us. It changed every day, but there were only a few changes. Bologna and Cheese Sandwiches, Potato Soup (Oh, Lord, how I miss that), cheap cheese pizzas, macaroni and cheese, or macaroni without cheese.

I remember being STARVED by 4pm, and I can’t even tell you why. These days, I can go without breakfast, without lunch, and not eat anything until 8pm. This happens more than I care to admit. But Seven? He’s famished come 3:30 when we get home from school. Famished. If I don’t have some kind of prepared snack, contained on a plate, that child will pilfer and plunder and eat NON-STOP until dinner time. Non-STOP. 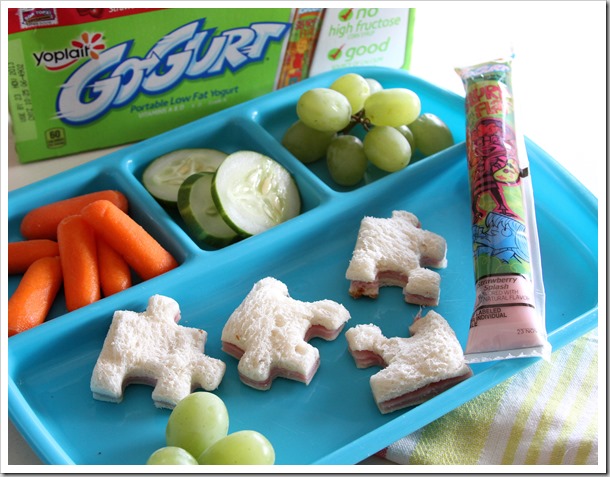 So, I’ve taken to making a snack plate during the day, and having it ready for him. I keep it on a fun colored tray, with a variety of tasty goodies. He loves eating sandwiches that are cut into shapes, so I try to include those along with fresh veggies and fruits. He’s also a HUGE yogurt fan. HUGE.

He is particularly fond of Go-GURT, from Yoplait, and I am fortunate to be working closely with them. Have you bought these? There are so many flavors, and beyond that, they are so versatile! (Yes, I know I just said yogurt was versatile, but hold on. It’s true.

First off, they are in squeeze tubes. Kids love things they can squeeze and eat. Great for a snack, or breakfast. He eats them for breakfast on the way to school…because his mother is not a morning person and frying eggs or pancakes every single day is just not in my vocabulary. But here’s a cool idea (pun intended) – put a few in the freezer! Frozen Yogurt Pops! Not only are they great frozen, but you can place a frozen tube o’ yogurt in your kids lunchbox and it will help keep everything cold until lunch. Snazzy!

Seven has tried just about ALL of them, but he adores Phineas and Ferb. Secretly, I do too.

In case you were wondering – Go-GURT has no HFC, and I know that’s important to a lot of you. It’s a healthy snack and a much better source of nutrition in a world where kids just want chips and candy. I’d rather give him yogurt!! 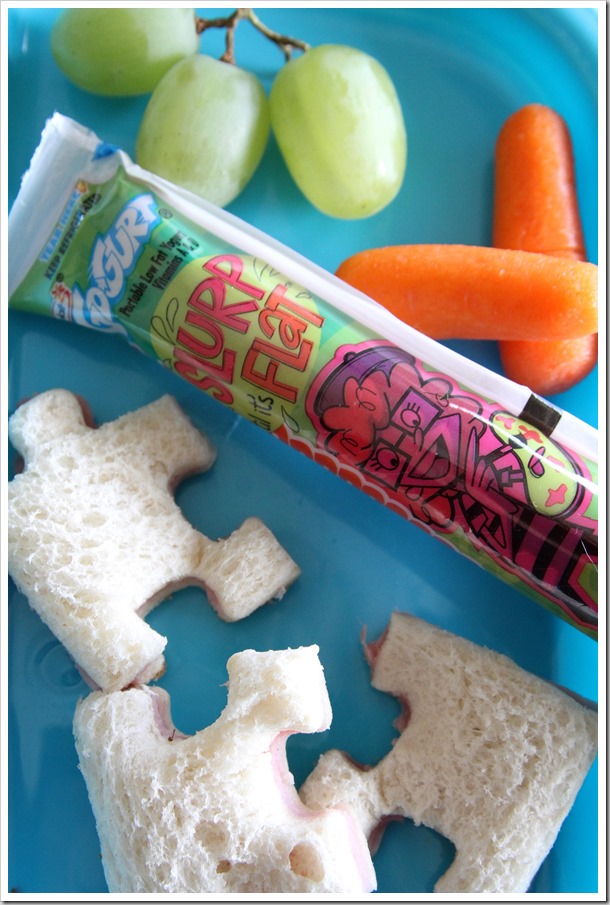 Disclaimer: As mentioned in the post, I work closely with Yoplait and Go-GURT, who sponsored this post. All thoughts and opinions are my own.