Island Shrimp and Grits and a Caribbean Snowfall Cocktail

I was recently asked by Captain Morgan’s Rum to join their Captain’s Table and create a few dishes using their incredible rums.  I almost said no, you see…it’s been crazy here as of late, and shows no signs of slowing down.  In fact, it could get so ugly here in a couple of weeks that I may blink and totally miss Christmas. 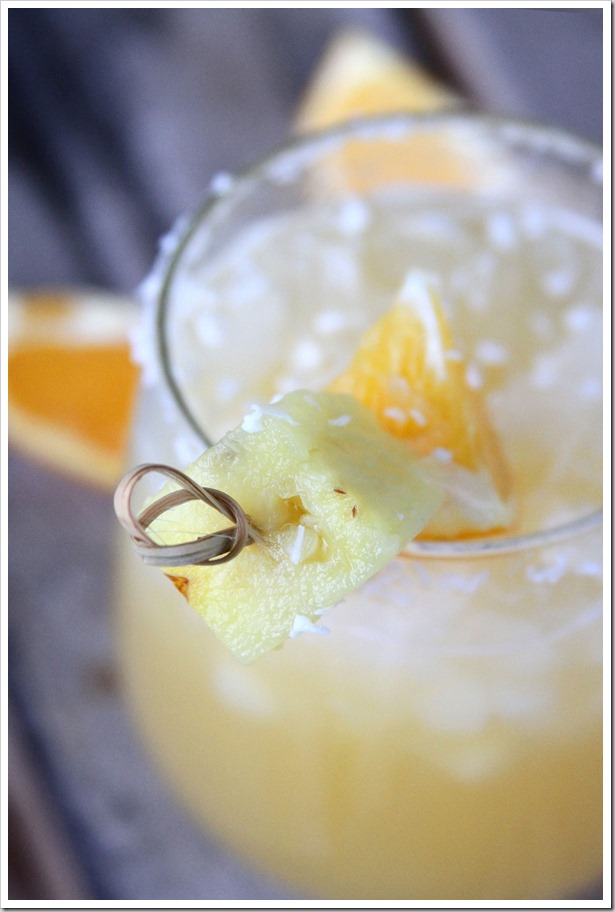 But I’m being a little dramatic, aren’t I?

I decided that I HAD to accept the Captain’s challenge, for a short list of reasons.

One – I absolutely adore the PR rep.  There, I said it – he just makes me giggle and I will do whatever it takes to make him happy.

Three – High Acheson (yeah, dreamboat on a stick) is judging this shindig, and I intend to win, so that I can meet him in person, where he will be smitten with me, and invite me to the islands where we will get magical suntans and ride unicorns on the beach as the sun sets.

So let’s get started.

First up on my Rum Adventure I made shrimp.  Let’s call it an islandy version on Shrimp and Grits…perfect for rum.

The grits are made with small chunks of mango and pineapple, with a splash of rum for good measure.  I added some garlic and onion to round out the flavors, as well as a bit of bacon grease.

One can never have enough bacon.

Speaking of bacon – the shrimp are wrapped in bacon, and brushed with a rum infused pineapple barbeque sauce.  Rich and flavorful, and full of spice.  The shrimp are ideal when paired with the grits, and together they just scream vacation.

Now, if this is a vacation, you need a drink.  This is your drink.

I call it the Caribbean Snowfall.  Yes, I know it doesn’t snow in the Caribbean, but the sprinkling of shredded coconut on the rim of the glass mimics snow, and offers a wonderful smell as you lift the glass to have a taste.  So much citrus inside – and a kick – you’ll be hard pressed not to make more than one. 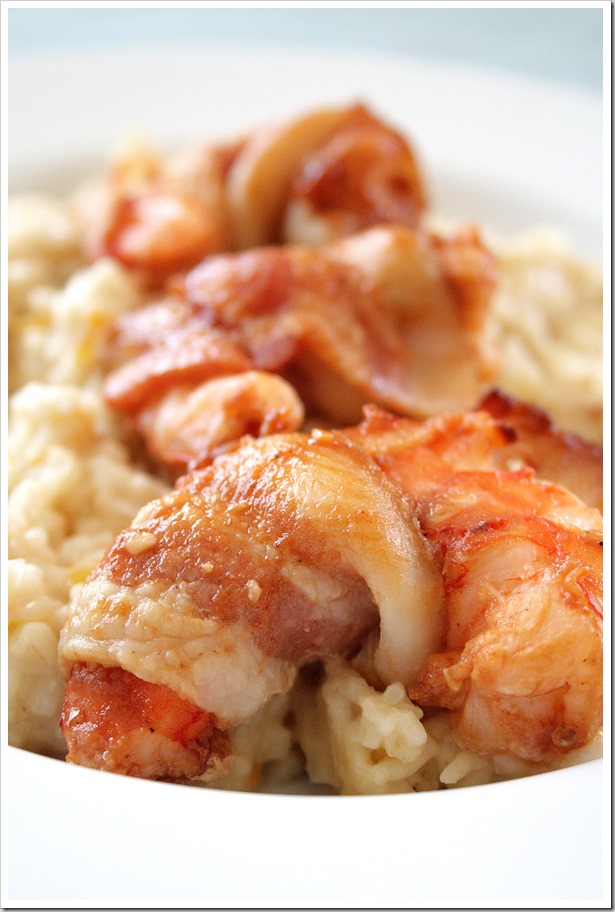 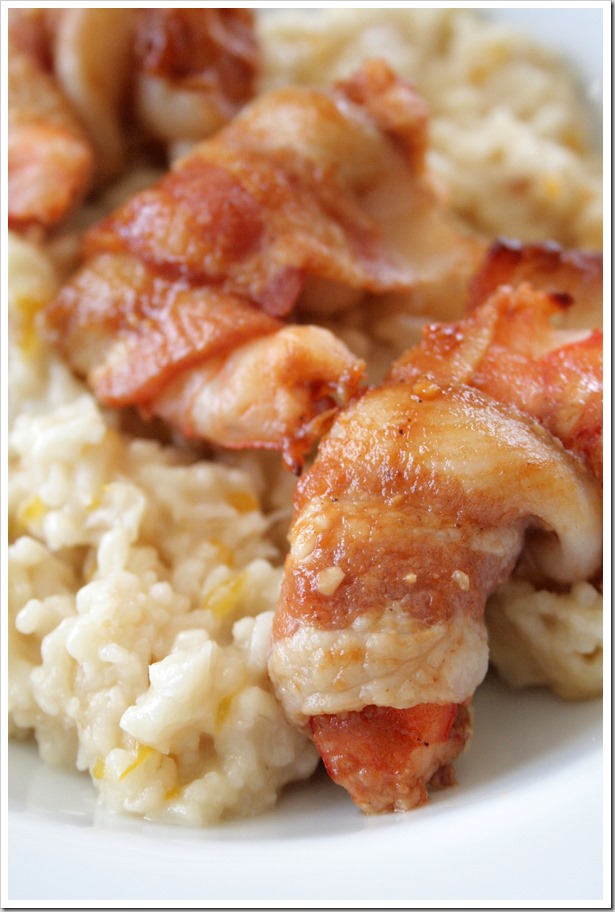 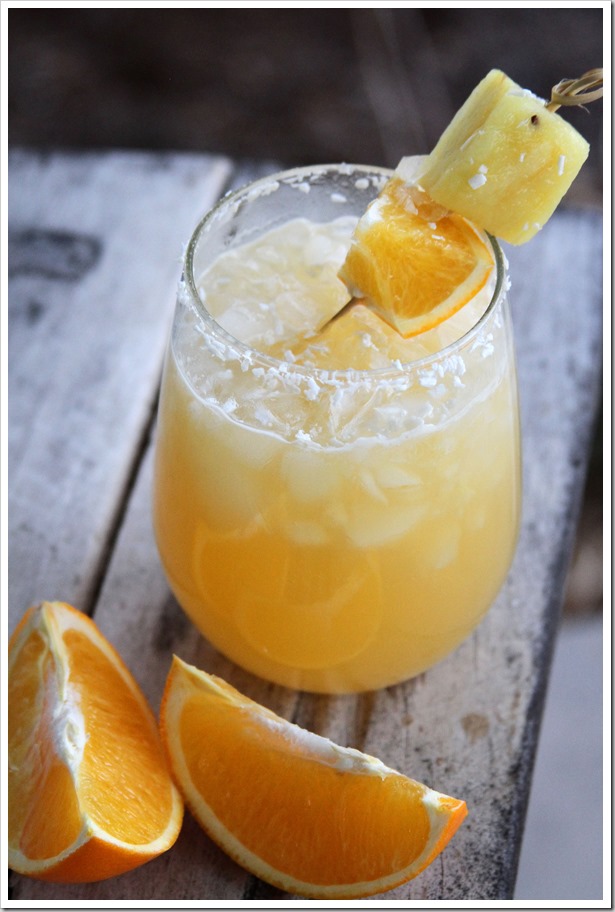 Captain Morgan is teaming up with celebrity chef Hugh Acheson to launch the Captain’s Table Challenge, and we’d love for you to participate! The challenge is based around the brand’s recently launched Captain’s Table program, which encourages consumers 21+ to submit their holiday recipes and entertaining tips via social media properties. For every recipe submitted on Twitter utilizing the #CaptainsTable hashtag through the beginning of February, the brand will submit $1 to TBA charity.

Awesome, right?  Get to tweeting, and let’s raise some money for charity!

Disclaimer:  This post is sponsored by Captain Morgan’s.  All thoughts and opinions are my own.