Well kids, here it is…we are right smack in the middle of December. Less than 2 weeks until Christmas, and Hanukkah has come and gone. It’s full on Holiday Season – and I hope you are more ready than I am.

That won’t take much.

Luckily, it’s also officially gingerbread season. That, friends, I am more than prepared for. 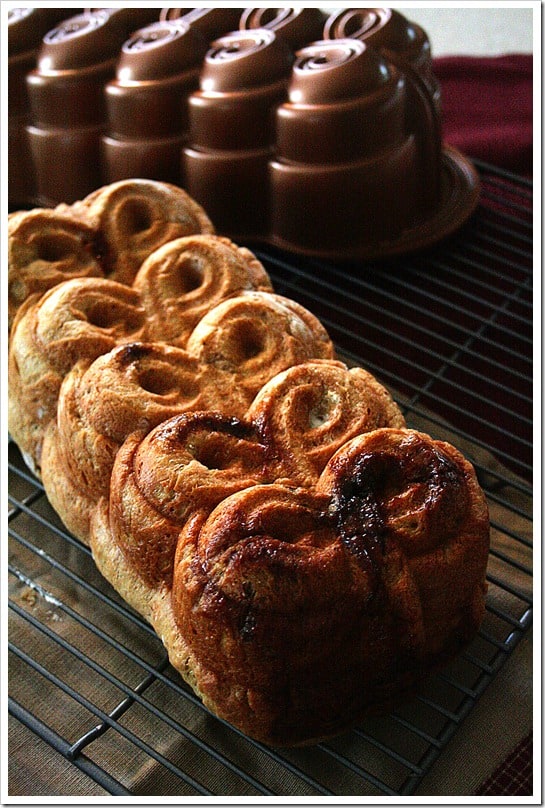 For the past few days I have been a gingerbread fool. For my stint on WSLS Daytime Blue Ridge, I taught the gals a few tips and tricks for decorating Gingerbread Cookies, and then later that same day I had my cookies auctioned off at a charity event. What a great evening!

In the midst of all these cookies, I experimented with a fun bread I made once upon a time, but decided to give it a kick in the Holiday Pants, courtesy of Glade®.

They have new Limited Edition Winter Collection scents, and an email a few days ago asked me if I’d be willing to bake in honor of these limited edition scents:

Well, yeah. Why not? I like things that smell good – and what a clever challenge! One of the scents – Ginger Bread Jingle™ – needed a spicy recipe, and I knew just what to make… A Gingerbread Cinnamon Roll Loaf. I played around with a consistently reliable recipe for cinnamon rolls, but ginger breaded the whole thing up. And instead of slicing it into individual cinnamon rolls, I left the whole thing in tact and placed it in my Chicago Metallic Ribbon Loaf Pan. I do love that thing…I imagine even crappy bread would taste good in it – I mean, LOOK at it! It’s pretty awesome. (and look at the way the oozing cinnamon and brown sugar filling caramelized on the end of the loaf…Yum.) 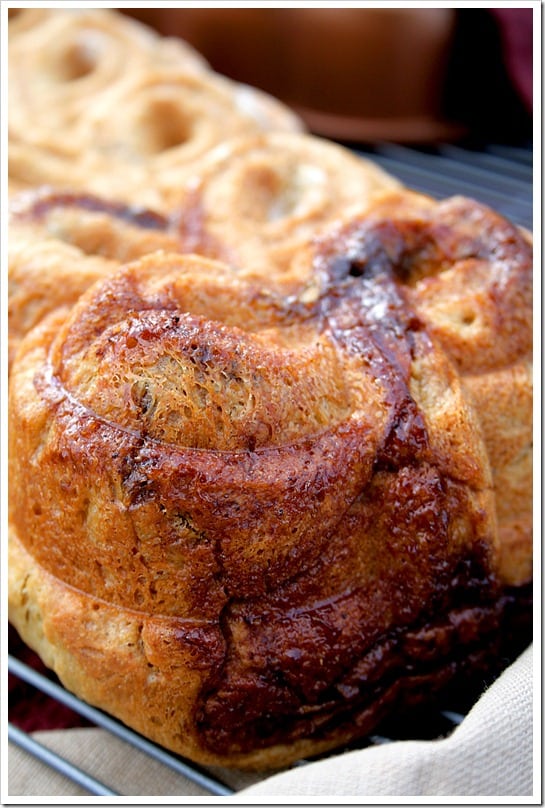 This bread turned out deliciously, and is exquisite while warm (you can just microwave it for a few seconds). I slather a nice scoop of Eggnog Cream Cheese Frosting across each slice, because number one, it’s wickedly good, and two, it’s too easy. You could also push this over the edge by making French Toast out of it, or maybe bread pudding? But I doubt you’ll be able to, considering the loaf will be gone very soon after it comes out of the oven. Enjoy! 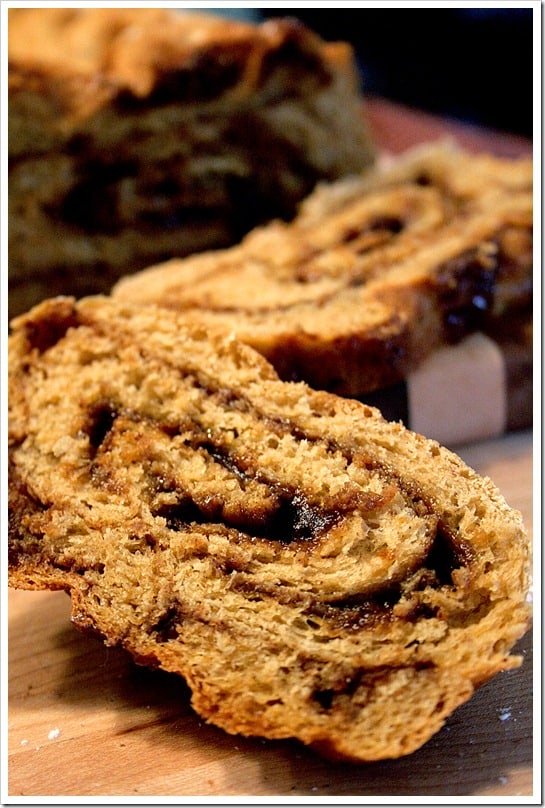 According to the Farmers’ Almanac, December 11-13 are the best days to bake in the month of December, so check back tomorrow and Friday for two more Holiday baking posts courtesy of Glade. I’ve got two more days of delicious to share!

Disclaimer: This post was sponsored by Glade. All thoughts and opinions are my own. 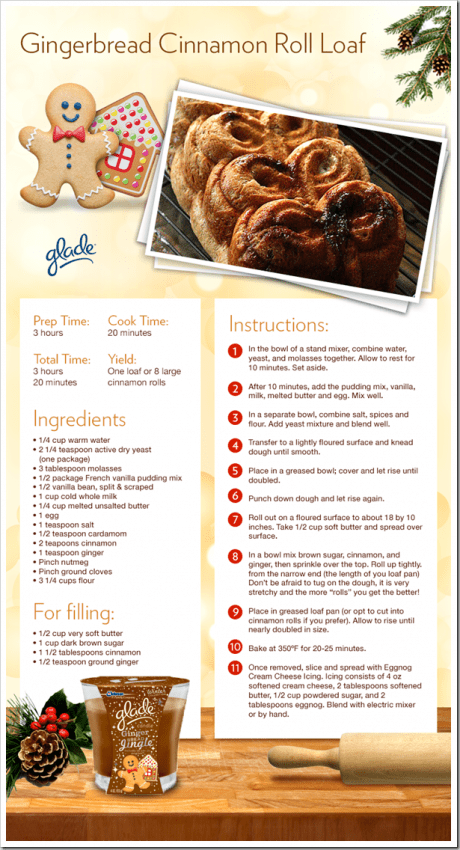