You knew it was coming, didn’t you?  I mean, here it is, February 2014 already, and I have only mentioned S’mores ONCE since the beginning of the year.

And I wrote the S’mores Cookbook.

Of course it was coming.  S’mores will ALWAYS be COMING. 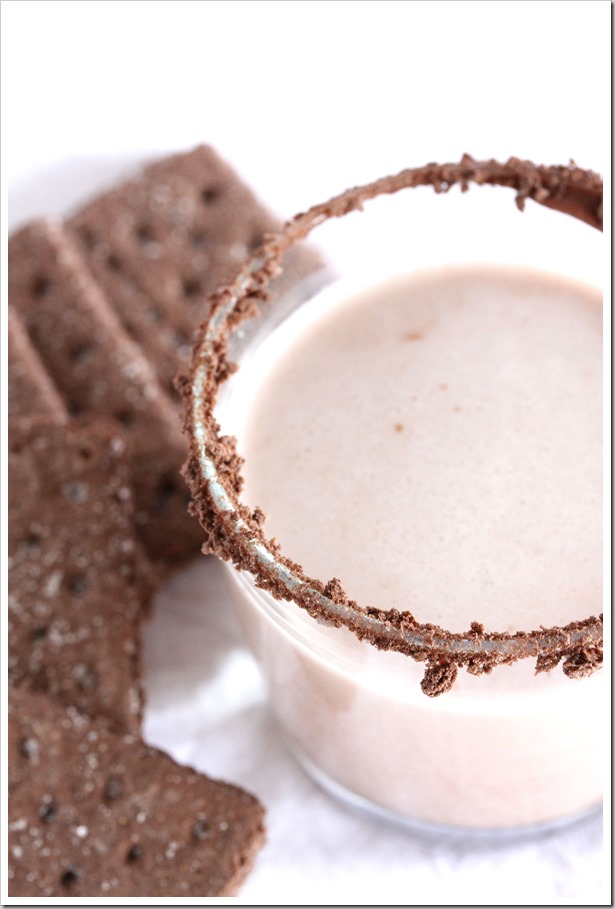 So when I learned that TruMoo had a new product out this month (Seven LOVES TruMoo – he drinks the chocolate and vanilla all the time) and that it is Chocolate Marshmallow Milk – well, you and I both know S’mores were going to happen.  How could it be any other way?

In my cookbook, I included a S’mores Chocolate Milk recipe, but with the creation of this TruMoo flavor?  Well, you no longer need a recipe.  The milk IS the recipe, pretty much.  Of course, I made it better.  I jazzed it up with a little fanciful rim…

I know, right?  I am terribly creative.

But here’s the thing – I didn’t NEED to be.  Why mess with a good thing?  Chocolate and Marshmallow is already IN the milk, so all you need is a little taste of graham to bring the s’mores flavor home.  Dip the rim of your glass in melted chocolate, then dunk it in a pile of crushed graham crackers (I used chocolate graham crackers).  Add the TruMoo Chocolate Marshmallow Milk and, if you are feeling frisky, a squeeze of chocolate syrup, then give it a stir. 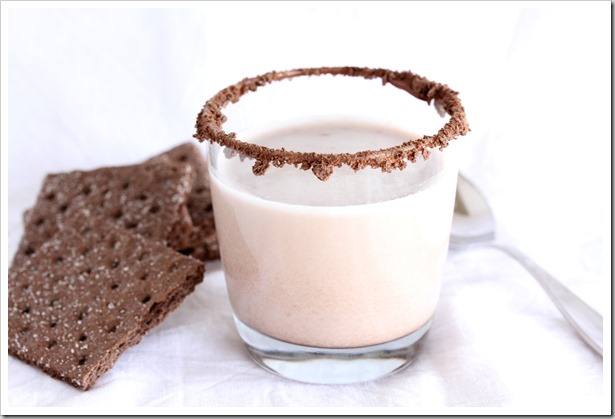 Since I JUST got my hands on this stuff, my mind is racing with ideas.  Hot cocoa.  Ice Cream.  Poured over chocolaty cereals.  Where else can I use it?  Pudding? Pie?  Ohhh – cake?  Yesss.  What would YOU do with it?  Tell me!

It’s available in the dairy section at grocery stores nationwide through the month of February.  Here is a Store Locator to help you out.

Disclaimer: This post was sponsored by TruMoo.  All thoughts and opinions are my own.