Mardi Gras in Orlando? I’ve never been to Mardi Gras.  In fact, believe it or not, I’ve never even been to New Orleans.  I really need to remedy that, by the way.  But I don’t live in a cave, and I do know the culture, the parties, the food, the environment, the stigma, the grandiose–ness of it all. 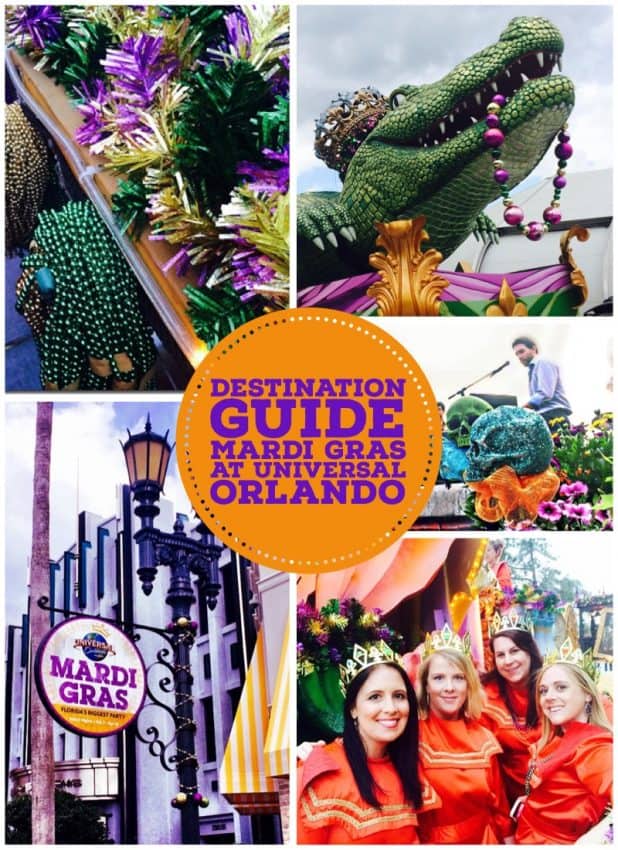 I totally get the draw of Mardi Gras.

I, however, am not a party girl.  Namely, I don’t drink much at all.  I also don’t have the physical characteristics that would be beneficial in the getting-of-the-beads conundrum.  New Orleans Mardi Gras is probably not in my best interest. (for anyone I offend trying to lure in the beads, as well.) 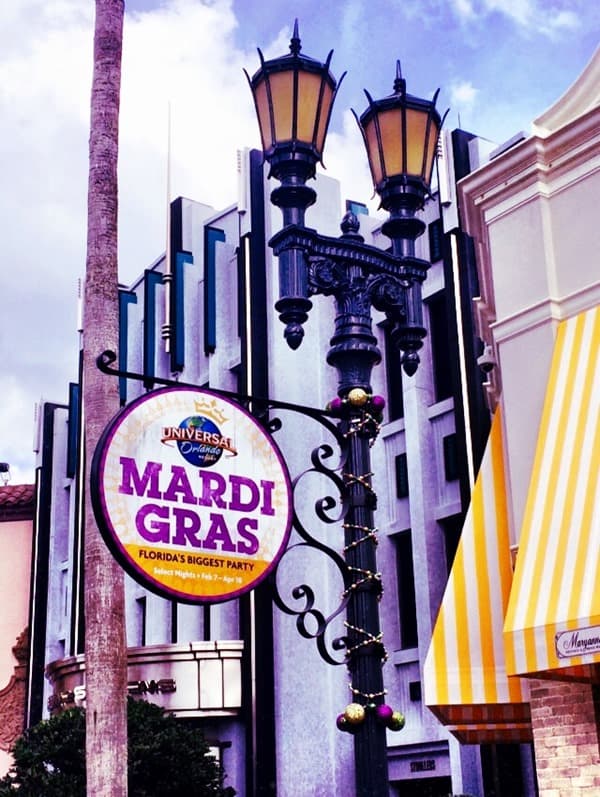 I do, however, love the idea of people having a great time, smiling, dancing, listening to fantastic music in the streets, eating beignets, decorating themselves in costumes and LIVING.  It’s not often we get to play as adults, and Mardi Gras is one of those times.

I’m thrilled to now know that Universal Studios Orlando offers up a Mardi Gras for EVERYONE.  Even people like me. 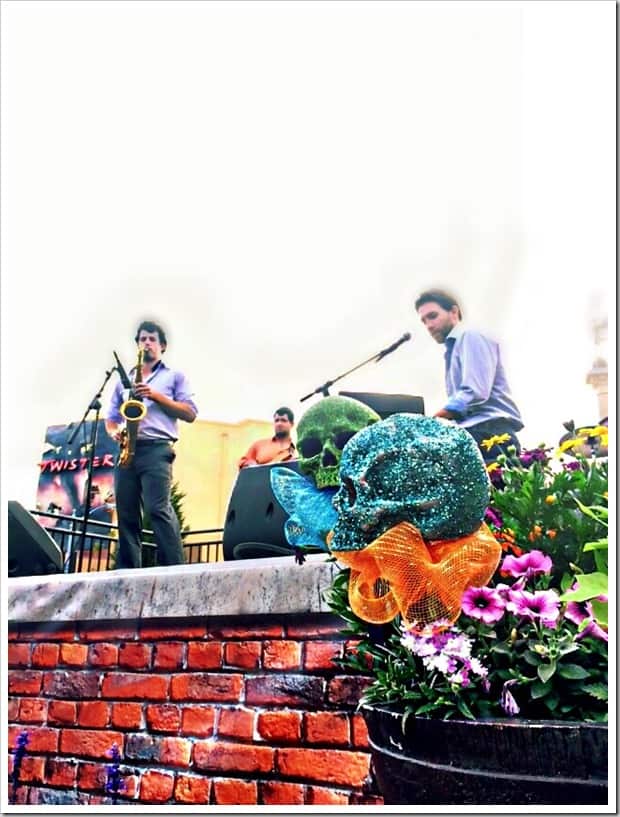 I was fortunate enough to attend the Mardi Gras festivities this past Friday night, courtesy of a Girls Getaway sponsored by Universal, and I can’t say I’ve ever had more fun.  The details to which Universal adheres to, the lengths that they go to to make sure the experience is authentically New Orleans, and yet the family friendly atmosphere, the safeness…it’s spectacular.  They actually fly in bands from Bourbon Street just to perform in THEIR streets onsite.  Cool, right? 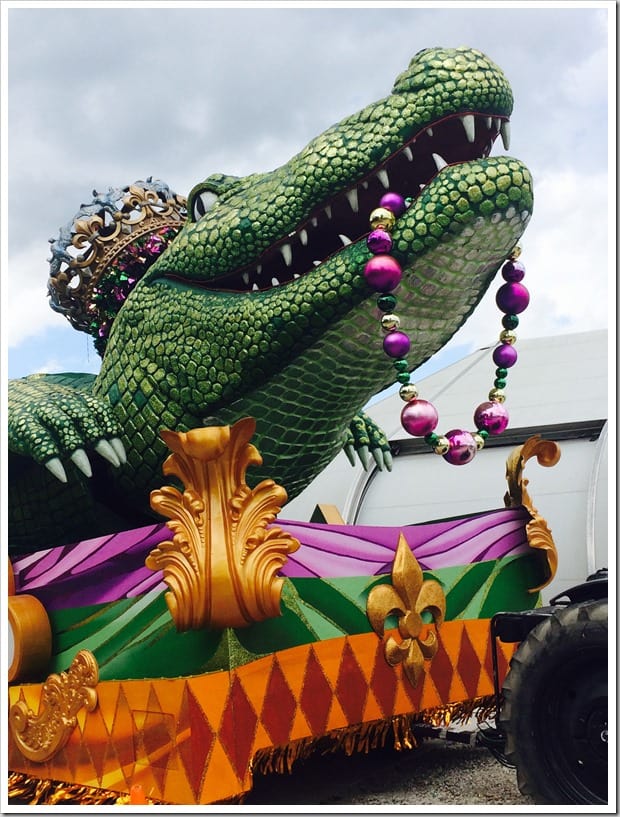 I started my Mardi Gras night with a visit to learn about the creation of incredible parade floats, which are made by the same company as in New Orleans.  13 floats were in the parade this year, all manned with bead throwing folks in costumes, stilt walkers, dancers, musicians – it was overwhelming.  From there I was invited to La Bamba, where we were served traditional Low Country fare – gumbo, jambalaya, beignets.  A quick walk through the transformed “French Quarter” brought us past jugglers and entertainers, tarot card readers, face painters, and all sorts of whimsy.  I wish we could have stayed, but there was a surprise waiting for us that none of us knew the gravity of. 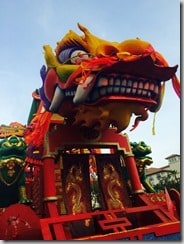 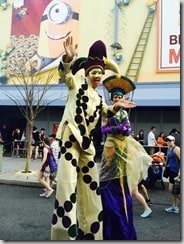 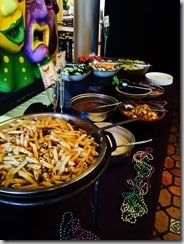 We were invited to ride on the King and Queen float, and to throw beads to the crowd during the parade!  I can’t TELL you how incredible that was.  The parade goers in the streets as we passed were so excited, and smiling, and HAPPY.  And I was making them happy just by throwing them beads!  I’ve never experienced anything like it, and I hope EVERYONE gets to feel something like that at least once in their life. 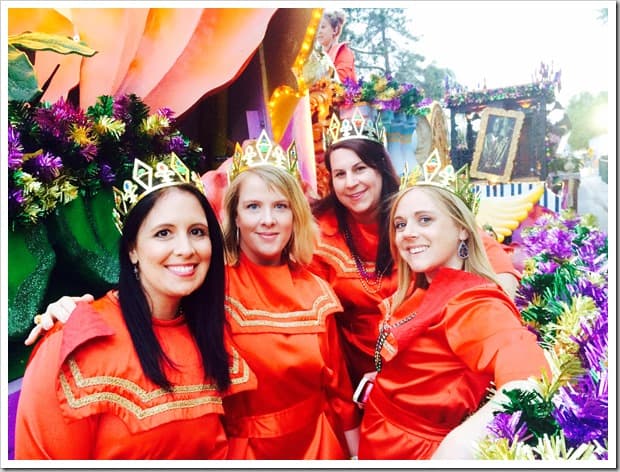 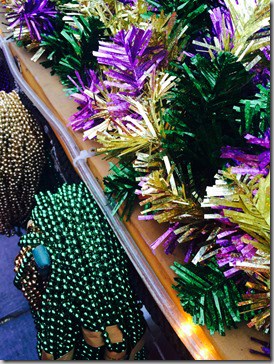 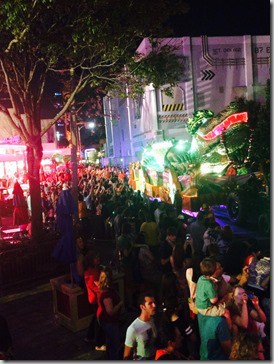 Immediately after the parade, we headed to the MKTO Concert near the Rip Ride Rockit Roller Coaster – and, ahem, I got to meet the band earlier in the day.  Yes, really.  They surprised us with a special meet and greet and fun photo session before the parade. (And wow, they are young, and one of them smells intoxicating. Did I say that out loud?) 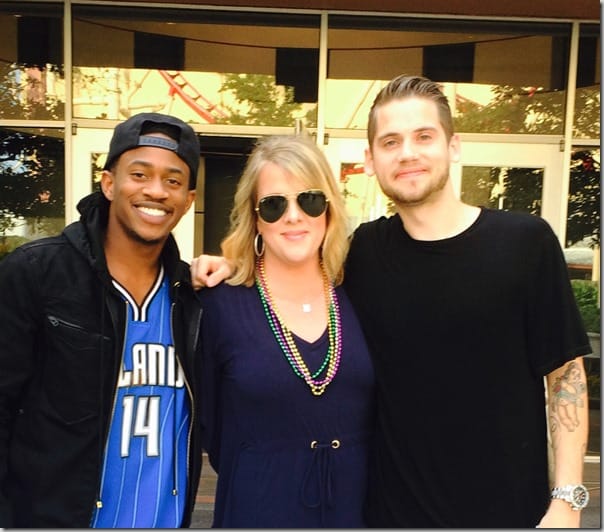 If you’ve EVER considered Mardi Gras, but thought it wasn’t maybe your thing, or if you have a family you’d like to have experience a sweeter, softer, and yet authentic Mardi Gras – Universal is your place.  During March, they have bands that follow up the parade on select nights (like MKTO, The Band Perry, and Styx), so you can play ALL DAY, then grab some authentic fare, catch beads during the parade, and then head over to the free concert.  Talk about bang for your buck!! 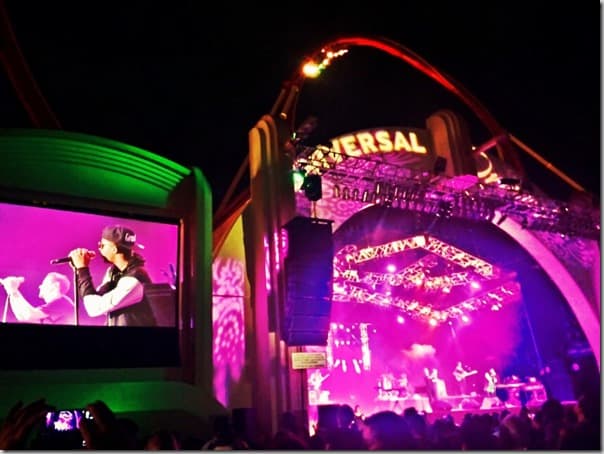 I’ll definitely be bringing my family back for this at some point – I KNOW Seven would adore it!

Have you been? What was your favorite part?  Would you like to?  Click here for all the details of Universal’s Mardi Gras!  It’s going on from now until April 18, so get down there! Have fun!

Disclaimer:  I was part of a sponsored media trip invited to Universal, but was not paid to write this post.  All thoughts and opinions are my own.