Throwdown in the Streets of Marrakech

World War III began on the quiet streets of Marrakech, Morocco. Now, if you’ve been there, or read about it, or seen any of the plethora of movies that were filmed there, you would know that the streets of Marrakech are the opposite of quiet. In fact, it is a destination that psychiatrists should send anxiety victims: they would either adapt and realize that back home isn’t so bad, or die. Adapt or die. The basic Darwinian principle. Anyway, back to the World War, the war to end all wars…wait that’s what Wilson said of the first world war, and though a great president and scholar, he was grossly mistaken. 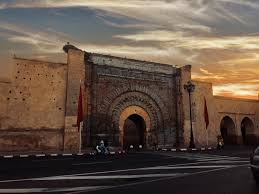 At this particular time, Rue el Gza was unusually quiet. The donkeys pulling their rickshaws, the men playing checkers with bottle caps, the children learning the art of thievery, none were there. The bread vendors spilling onto the already overcrowded street were shut down. The bicycles and barely running motorbikes were parked. Quiet. Eerily quiet, like waking up near Niagara and hearing nothing. Something is wrong, terribly wrong. Then, she saw why. The pretty blonde that had called this street home for the last three weeks, three long weeks, now knew why the buzzing and bustle and rumble of Rue el Gza was gone.

As she walked up the hill from her hammam, a final present to herself on the last day she would call this place home, and perhaps the best experience she had in all her time here, she saw them. All of them. The street was blocked. She was but 150 meters from home, yet 1400 years away. 1400 years of Islam stood, or rather sat, between Susan and her home. She just wanted to get to her riad, gather her belonging and go. That’s all. She was tired. Tired of this place. Tired of always having to say “no” to “friendly help” because it was anything but friendly. Tired of always being on guard. She just wanted to go, to leave this place forever. But fate had other plans. She could not pass. Rue el Gza was closed, or at least this stretch, because there were 2,700 Muslims sitting in prayer. Of all the places in the city, today, this group chose this stretch of road.

On her approach, she was stopped by several children who insisted she take a left down a smaller road. “It is this way, you can go this way, go around.” They all said. These children should be in school. The same children that beg for money every day. Susan ignores them and brushes them off as always. You have to. You learn that you have to. She keeps walking. Then a man stops her. He claims to be Muslim with dark sunglasses, greasy hair, olive skin worn down by the sand and the heat. He is in his thirties and could use a hammam or two. He tells her she cannot pass. She must go around, this way. The same way that the children said. But how does she know? He could be lying. Everyone else in this town lies. They all say, “The square is this way,” when in fact it is not. They just lead you a different route and demand money. Why should she believe this guy? Because nearly 3000 other people are praying? No. She shouldn’t. I wouldn’t. She tells the man that she is going through. He insists that she can’t. He was never nice about it, but now he is rude. He raises his voice and says that Islam is the greatest religion in the world and she cannot pass at this time. She must go around or wait until the prayer is over. She says, “Ok, I will wait,” and turns around. She retreats 50 meters or so, out of the reach of the swindling children and the brash man. She waits quietly, disturbing no one. Waiting. Waiting on a prayer to end. Waiting to leave this dreadful place.

Minutes tick by, they seem like hours. It is approaching 2pm and her car is set to pick her up at 3. She must get to her riad, and now. She sees plenty of others walking along the edge of the street where the people are praying. Why can’t she? Because she is a woman in an Islam country? Because her shorts are too short? Or because just some man says so. “F#$k it, I’m going,” she says to her herself, and marches onward. Past the kids, up to the barricade of bicycles deterring passersby. The man reappears. This time he is yelling. “You again. I told you that you cannot go this way, you must go around.”

Susan replies, “I am not going around, I must get to my riad. I am walking this way, through here. Others are, and so am I.”

The man huffs and growls, “But you are not Muslim. Those people are Muslim. You cannot go, I forbid it.”

Susan retorts, “Who are you, the prayer police? And how do you know I am not Muslim? Is it my blonde hair? My white skin? Perhaps my form fitting shorts that you forbid your women to wear? Or is the fact that I am not cowering down to your bullshit?”

The man is not happy. He is used to harassing tourists and getting his way. In fact, he isn’t even Muslim and has no association at all with this group. He is an opportunist, a hustler. One of the many that call this place home. The very reason that Susan is cutting her stay short by more than a fortnight. No, the man is not happy, he is appalled. “I will not let you disrespect my religion. Islam is the greatest religion on Earth, praise Allah.”

Susan takes off her sunglasses and stares at him with her baby blue eyes, “Well tell me one thing mister, if Islam is so great, and you are Muslim, then why aren’t you siting and praying? Please, tell me that.” The man has no answer. He keeps yelling as she takes another step forward, practically daring him to stop her. He backs up, but not to let her pass, only to secure his footing. “STOP. I will not let you pass, you cannot go here.” 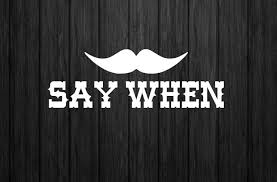 She takes another step. Only a few feet of desert air separate them. Behind the man are nearly 3000 Muslims. The children have stopped hassling other foreign pedestrians, they are watching this transaction. Curiosity has taken over. They have never seen a woman challenge a man, it is forbidden. The sound of the prayer is being spread by decades old speakers that barely work. She takes another step. Staring through the man, as if he isn’t even there. “You will not pass and disrespect my religion. I am prepared to fight,” says the man. Susan puts her sunglasses in her pocket, takes another step, smiles and says, “Say when.”

Just like the assassination of an Archduke of Austria started the first world war, the wicked smile and wit of an American girl in Morocco started the last.