How about an amazing giveaway? From Microsoft? 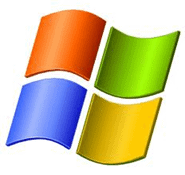 No joke kiddos, I’ve moved into the big time.

When I got an email the other day offering me a basketful of goodies, including the Ultimate Windows 7 and Office Home & Business, I thought it was a joke.

Microsoft has heard of ME?

Of course, I emailed the very kind lady back and said Thanks But No Thanks, MICROSOFT, I don’t need your lame-o products.

But a few days later a basket full of delight showed up at the door. CHRISTMAS COME EARLY. Probably because I never wrote that sarcastic email.

It was Windows that got me through college, back when the internet was a baby. When Google was still cheap. Before Facebook was born and we gathered in dark online chatrooms with strangers from Canada.

Microsoft Word was used for every paper I wrote as an English major. Every poem, every short story, every essay on the works of Milton, in which I took TWO advanced courses, if you can believe such a thing. (One? Okay maybe. But two? Sometimes it does come up on Jeopardy though, so thank my lucky stars for THAT.)

Anyway, after college, my first REAL job was as the Director of Sales & Catering for the hotel where Dirty Dancing was filmed. I was in charge of lots of things, from meetings to banquets, weddings to contracts. In a stroke of genius I formatted Microsoft Access to create all of my contracts – and man, did it ever make things easier. Access is the lesser used step-child in the Office world, though I’m not sure why. It has so many capabilities.

Again, I am rambling. None of this really relates to me today, does it?

Today, I am a food blogger. And as such, I use TWO things religiously:

Word was paramount in the writing of my cookbook, which hopefully, is making a debut this spring…The Everything Ice Cream and Frozen Desserts. 300 recipes. Word is critical in the editing process – with Track Changes, I could see what the editor had questions on, I could send changes, more editing, etc.…crucial, really…

But not nearly as crucial as Live Writer. If you are a blogger, and you aren’t using Live Writer? Well, it’s the equivalent of saying, “oh, never mind, technology. I’ll just use this abacus and YOU can use the graphing calculator.” Or, “No thanks, honey…I don’t need a car to commute 20 miles to work, I have this great skateboard.”

Seriously – it changed the way I blog. It’s a free download, and you are up and running in mere moments. It will walk you through setting up your online blog account, it will pull the look from your blog, and then you are in business. You’ll type your post onto a screen that looks as if you are typing right onto your blog. You can EASILY import and move pictures, crop, add borders, even do mild edits to pictures. You can cut and paste photos into the post as well…hyperlinking is a breeze, spellchecking, adding video, changing font sizes, bulleting, numbering – it’s all simple with the click of a button.

Trust me – you’ll wonder how you ever lived without it.

Now, a question for YOU.

Who here are tried OneNote? Up until this week, I did not have it. I still have yet to install it, but am anxious to. I’ve heard all good things – but I’d like to hear from you…what do you use it for, and why?

I did mention a giveaway, didn’t I?

So how about TWO?

Courtesy of Microsoft, I have two copies of Microsoft Office to give away. TWO lucky winners will walk away with their choice of the following: I know, right? How great is THAT?

It’s such a great giveaway, that I am going to give you LOTS of chances to win it.

First, leave me a comment here. Tell me why you want it or who you want it for. Maybe you know a charity that could use it? Maybe a student that can’t afford it but really ought to have it? Or maybe you’ve just been itching for it yourself? Let me know! That counts as ONE entry to win.

For another, Follow Microsoft on Twitter at either @Office or @Windows. That will count as another entry as long as you leave me a comment and let me know you did.

How about becoming a fan of Office on Facebook? Windows also has a fan page. Fan it! If you are or become a fan of either one, return here and leave a comment. That will gain you a bonus entry.

For another, I’d love to have you as a Fan on Facebook. I love the sense of community there, it’s easy to share links with each other, and it doesn’t hurt having a higher fan base for companies like ahem, Microsoft to see. The more fans, the more giveaways. So come on over! Be sure to return here and leave me a comment letting me know of your fan-ship! (Is that a word?)

For a final entry, share this link on Facebook or Twitter, and that will count as another entry, as long as you return here and leave me a separate comment. If you share BOTH places, that will count as Two. Just leave two comments. Voila!

That’s SIX chances to win an amazing gift from Microsoft. Let’s show them how much we appreciate it, okay? Lots of comments!!

Five total entries per person, max. All extra comments will be deleted. Open to US Addresses Only (so very sorry Internationals, I do appreciate you, though), and is courtesy of and shipped by Microsoft.Giveaway ends December 19, 11:59pm EST. See that 7 Quart KitchenAid? I know you want it. I certainly can’t blame you. So, to keep it fun and interesting, I’m giving you LOTS of extra opportunities to win it. For every giveaway you enter during my 25 Days of Doughmesstic Christmas, if you’ll go comment on THIS POST (Click thru!) saying “I entered to win the …” (you know, whatever you entered to win), you’ll get a BONUS entry to win the mixer. That’s 24 additional chances to win that bad boy. So scoot! Go enter to win today’s giveaway, and then visit THIS POST to comment for your bonus entries on the mixer. GOOD LUCK!