Yeah…I put all of this into one delicious cookie. 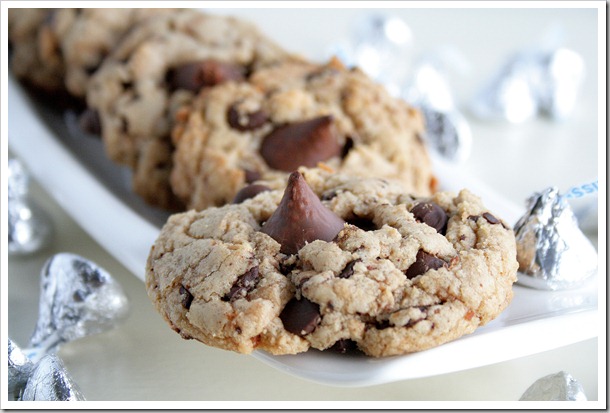 As an experiment, I carted a bunch of these treats up the mountain to Mountain Lake Hotel, where I am in talks with the GM about hosting Mixed again this year. (Mark your calendar, kids – it’s November 22-24!)  After leaving them out for the few employees to enjoy, and returning about an hour later, I discovered they were apparently a hit…there were none left.

I explained that the cookies contained chocolate covered bacon.

Can you believe it?  Doesn’t it seem like the flavor of bacon would be ever-so-prominent in a cookie?  Well – it isn’t.  Not really.  For me, it added just a subtle flavor, and a bit of saltiness.  I knew the salt would come into play, therefore, I didn’t add much to the recipe…and all worked well.  Of course, it never hurts to add an insane amount of chocolate, which I did in the form of Hershey Kisses and chocolate chips.  These cookies oozed chocolaty goodness, and there’s nothing wrong with that.

That should be some kind of slogan for world peace.  Or at the very least, it needs to be on a tee shirt.  Somebody get on that. Stat. 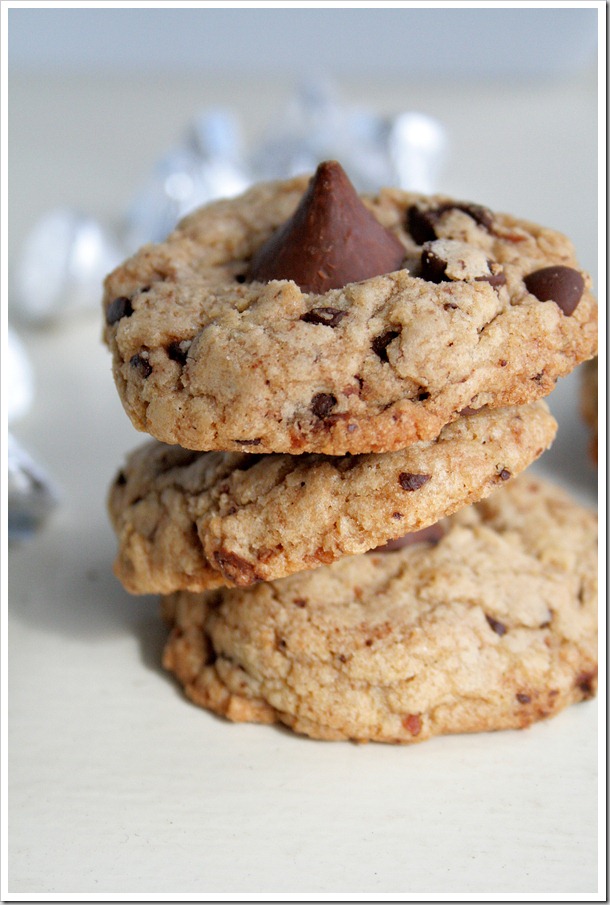 These cookies appear undone at 14 minutes, but will be very light brown on the edges. They are done! Do not overbake.

You can either use pre-cooked, store-bought bacon (that’s the easiest), or, you can bake the bacon until crispy, let it cool, and then pat the excess grease off of it.  From there, simply melt some dark chocolate and spoon it on to the bacon, thoroughly coating it.  Allow it to dry, and voila – chocolate covered bacon.

No more excuses!  Get to baking!