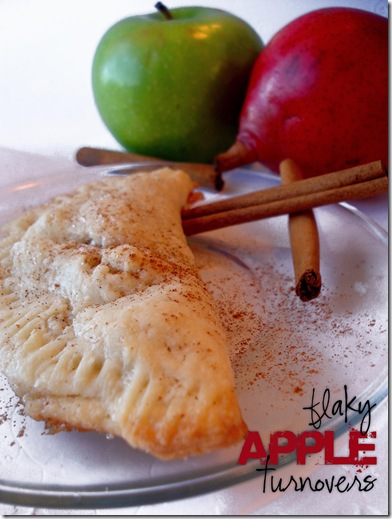 So, Flaky Apple Turnovers. The dough is made with sour cream. Huh? This threw me off. Never would have thought of making a pie crust with sour cream. But I trust Mrs. Greenspan. She did work with the Mastah, Julia Child after all. That being said, I didn’t exactly follow the directions. I was supposed to have taken the dough and made a rectangle out of it before putting it in the fridge to chill. I missed that part. I just threw the whole bowl in the freezer. Ooops. So I had issues arise when it came time to roll it out and fold it into an envelope. My envelope was more like what happens you you incorrectly open one of those padded manilas and all the crap falls out of them while you are trying to scurry to the nearest available trash can. Not ideal. But I smooshed it all togehter and returned it to the fridge. From there, I was able to roll it out and cut large rounds using my big cookie cutter. 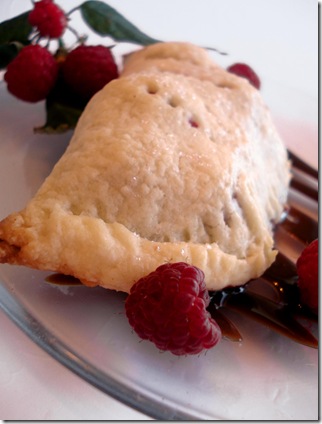 The filling I used in most of mine was as directed – apples, cinnamon, sugar and butter. For fun I added a bit of ginger. The other turnovers I filled with Nutella and fresh raspberries. Because I love me some Nutella. And raspberries. Love. 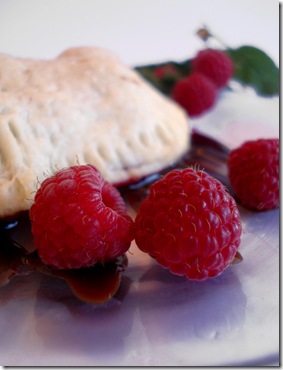 Into the oven my turnovers went,and alas, they did not puff. I knew they wouldn’t, so I’m okay with that. But the taste? Stupendous. The apple filling was certainly awesome, but the Nutella filling? Good Lord.

I hope all the TWDers enjoyed this week, and I really appreciate so many of you baking along with MY choice last week! Next week…Jacque of Daisy Lane Cakes decided on Cottage Cheese Pufflets. Not sure how I feel about it – Cottage Cheese? But, if there’s anything I’ve picked up on from this group it’s this: live and learn, friends, live and learn.