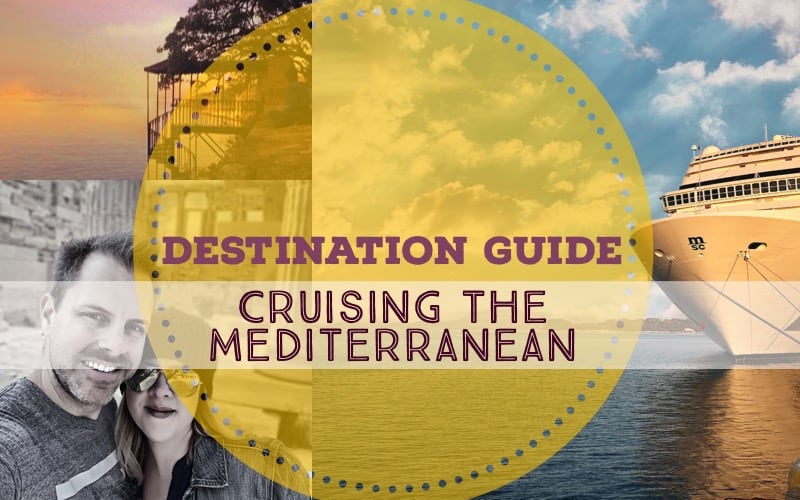 Well, Leg One of our travel adventures ended on November 16, when we boarded our flight back to Washington, DC (late, late, late, but we made it). It’s hard for me to believe we have been back for over a week – I feel like it’s been one giant blur of sleeping, being sick (thanks, cruise), and turkey. A couple of days ago, Rusty packed up our car and made his way back to Texas and our cat, leaving me here in Virginia to spend time with Seven and my parents for the next month. So strange to have him gone, when we have been with each other day in and day out for the past two months. Sleeping alone feels so odd! 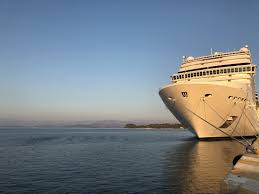 So, I guess it’s time for me to tell you about our big cruise. Perhaps you follow along on Facebook or Instagram, and saw pictures of a few of our stops. We didn’t really post too much…but we have ourreasons. And…the reason may surprise you.

I know, I know. It sounds petty and ungrateful. I happened onto the cruise back in the beginning of the summer, and it was a steal. 12 days sailing the Greek Isles, Spain, Italy, France and Malta, for under $1800 total. It sounded romantic and the perfect way to wrap up living abroad for two months.

Or so I thought. 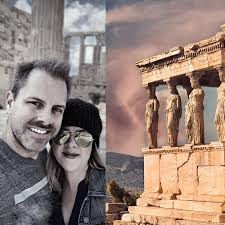 The cruise line was MSC, a new to me line, known more for catering to Europeans. But I’ve been on LOTS of cruises, and most are about the same set up. Great food, lots of entertainment, casino, room service, pure vacation. 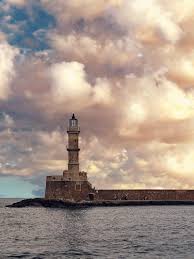 We just did not like it. In fact, no one that we spoke with on board liked it. There was a lot of nickel and diming – in fact, even the WATER had to be paid for at meals. (We didn’t have to pay, thanks to a package we purchased, but still). Room service had additional fees, there was no free tea or lemonade, no free ice cream that cruises seem to be known for. Also, at many ports, we had to PAY to get off the ship and into the town, as we docked too far away to just walk. The entertainment was, in a word, bad. And, the trivia and games we always loved on other cruises was non-existent, because there were too many languages being spoken on board to make it work. Every announcement was repeated in FIVE languages – EVERY time. I understand, I speak English, and I would be upset if I couldn’t understand what was being said. I just never thought about the language barrier disrupting “fun time.”

The food was also very lackluster. Being in Europe, I would expect phenomenal food. I mean, European restaurants, even bad ones, have pretty great food. On board, we were served bland, unseasoned (nursing home) meals. There was no lobster night, no filet mignon night. The desserts were sad as well. On other cruises, we get excited about the possibilities of what dinner may be. Not here. Each night was a drudge to the dining room, hoping there would be ONE thing we would want to try to eat. Luckily, we had fabulous table mates, from Australia, who we became fast friends with. In fact, we are seriously considering heading to Tasmania next year to help out with our new friend Pauline’s bakery for a couple of months. Really! Pauline and Antoinette were the highlight of our cruising, and we are so thankful we got to spend time with them.

But what about the stops? 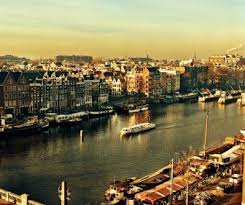 They were okay. The stops in Greece, apart from Athens, were very similar to each other. Small town shopping offering olive wood trinkets, soaps, tee shirts and such. We didn’t opt to take excursions that were further out – we just wanted to get off the boat and explore on our own. Our best three stops were Barcelona, Malta, and Athens, and we made a day of it in each of the three.

In every town we visit, we always ask ourselves – Is this a place I would want to live? 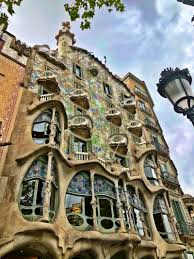 Barcelona, were it not a city, would yes, be a place we could live. It is modern and yet old world. The town is clean and friendly, sprawling but walkable. We had some amazing gelato on our walk, and the markets are AWESOME. But, it IS a city, and during the course of our travels, we’ve managed to realize that we prefer a small town, countryside place to live. Maybe it’s because we’ve grown tired of the hustle and bustle of the Houston interstates, or maybe we’ve just decided that we’d like to grow our own herbs and cook dinner at night from local produce. Either way, while we adore the European cities, we will opt just to visit 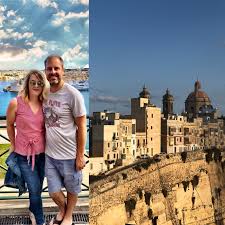 them versus live in them. Barcelona will be one we will visit!

Malta was a beautiful island, but again, too busy for our liking. We took a horse and carriage ride around the city of Valletta, and really enjoyed the day. It was very clean, and the water was a gorgeous blue. We shopped in the glass shops and strolled the cobblestone streets. Had we had more time, I think that Malta may be a place we could see ourselves living, but it would definitely be outside of town. Funny how we continue to rule out large towns now, when we originally saw ourselves preferring life in the city! 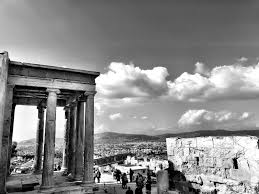 Athens offered us the Acropolis, so that was our trek for the day. A 45 minute bus ride, followed by a hike up the hill led us to the Parthenon, with sweeping views over the city – which is HUGE. Athens spreads out for miles and miles, and you can see all of it from the Acropolis. I had been there a couple of times already, but it was Rust’s first time there. Once again, it was under construction, as I imagine it will be for the rest of well, forever. Still, it’s stunning, and definitely worth the visit. Just knowing you are in a place where so much history started is humbling.

So, while we did enjoy the stops, it wasn’t worth the dissatisfaction of the cruise. A couple of the folks we met onboard said they had taken MSC before, and liked it, but were unhappy with THIS cruise. I’m not sure the reasoning, why meals were less than savory, or the water needed to have a charge, or why the entertainment was a joke – but it was, and so for that reason, I cannot recommend MSC. Despite the good deal, we would have been better off to choose a couple of places to visit instead versus cruising. 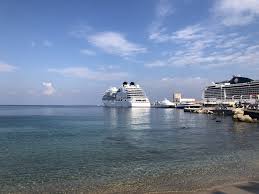 I hate saying that! I used to LOVE a good cruise, and I still do, especially if you are traveling with a group. Groups do so well on a cruise, as pretty much all of the important things, like meals, are taken care of, and everyone knows they can afford dinner. You can separate and do your own thing during the day, then meet back for fun at dinnertime. So, I’m not ruling out cruises, but I am ruling out MSC.

Have you ever been on a disappointing cruise? Who was it with, and what made it bad? Please share, so the rest of us can learn from you!

Spread the love
Want to Trade? Airports: The Good, The Bad, and The Ugly