Life in Pattaya This Time Around

We’ve not said a lot online lately, but in case you hadn’t heard, Rust and I are back in Thailand.  We flew over here on the 26th of last month, finally getting from Bangkok to Jomtien around 1am on the 28th.  The flights weren’t bad at all, in fact, we both had two seats to ourselves.  I like to curl up and lay down, so I was able to sleep for several hours.  But, I also found myself watching a lot of movies – I watched Bohemian Rhapsody at least 3 times.  I didn’t expect to love that movie like I did!  I can’t get Rusty to watch it, he says I have built it up to much.  Plus, he doesn’t like Queen (I know, how??) but I am hoping he will renege and give it a shot.  Maybe he will even learn to appreciate Mr. Mercury after all.

So anyway, for the past week and a half we have been settling into life here again.  No jet-lag, believe it or not.  We sleep a lot though, I think.  Typically we go to bed about 9 or so, and are up by 7 or 8.  In the past, we usually found ourselves sleeping until after 9, and heading to the pool by 1030.  This time, we are at the pool by 830.

So that’s a change. 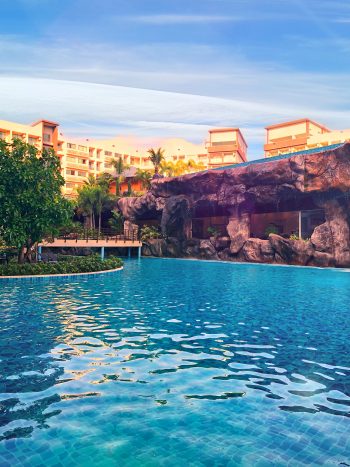 Also a change?  It’s “rainy season” here.  Not that that means a whole lot, other than the weathermen predict an 80 percent chance of rain every single day.  And everysingleday they are pretty wrong.  It stays overcast a lot, but there has been plenty enough sun for us both to get our nice tans back already, and we’ve only been rained on once while we were out.  That meant we got a taxi back to the apartment versus the mile plus walk after dinner, but no big deal.  The main thing rainy season has meant is that there is hardly ANYONE here.  With 1600 units in our complex, you’d think the pools and cabanas would be full everyday, but for the most part, it’s just been Rust and I, and maybe 4 or 5 other people haning out in the top pool.  There are a couple of families that play in the giant lower pool where the slides are, but not many.  So that’s nice…not having to stalk a cabana so that we can connect to the good wifi and work is great.

Another difference this trip has been that we are treating ourselves more.  In the past, we’ve stayed at about $150 a week for food and massages, and this time, we are over $200 a week.  We’ve eaten out at more restaurants, because I feel like we ought to experience all we can.  I do still like cooking at home, but going out serves two benefits – one, we get to try new things, and two, we are required to walk more.  It’s at least a mile into town, and usually, we walk 3-4 miles round trip if we go out to eat. 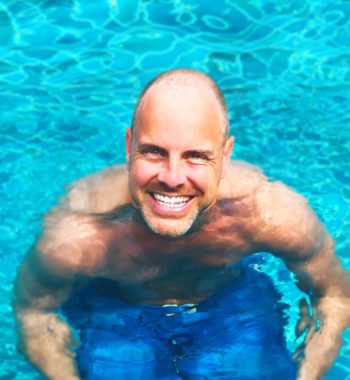 We’ve gone to our favorite breakfast spot, Back Fabrick, 3 times already, and we’ve had Natan’s for dinner once as well.  Natan’s is one of my most loved restaurants anywhere in the world- it is French and fancy and yet so laid back.  It’s also affordable.  We went the other night and had duck breast, salad, and potatoes (me), and beef bourginione with salad for Rust.  We also had a dessert each, a drink and beer.  The total was less than $40, all together with tax and tip. 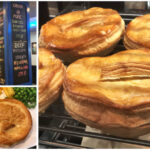 We’ve also found a few new places to try.  One is Tinnie’s.  Tinnie’s is a gourmet pie shop.  While yes, they do have regular pies (we had a strawberry rhubarb pie), what they really excel at is pot pies.  I got the chicken pot pie both times we went, and Rust had a roasted lamb pot pie and a pepper steak pot pie.  Both were excellent!  It’s nice that we can either eat there, or bring the pies home and have them later, which we have already opted to do.  At 135 baht for a pot pie (that’s about 4.50 I guess), it’s a little bit more than our average street food budget, but, it’s also incredibly delicious.

Another new find is Sandbar by the Sea.  We went on a Sunday night, when they had an excellent band playing.  The food was really good, and not overpriced, considering its seafront location and live music, so we will certainly be going back.  Seems like my burger and fries (burgers are a delicacy here as red meat is typically super expensive), cocktail, and Rusty’s chicken curry and drink were under $20 for the night.  I could be wrong, but I think that’s awfully close. 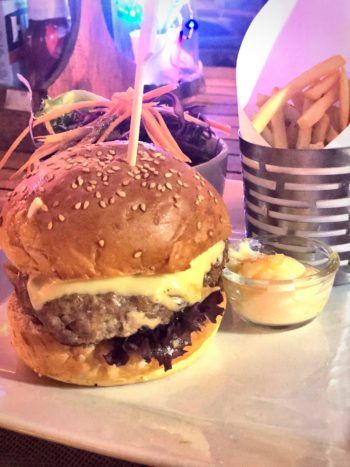 We’ve had lots of massages already, and believe it or not, I know they are helping me.  I have daily chronic headaches (I have for over 2 years now), and thanks to my girl Earn and her hour long head massages, I can honestly say they are so much better.  Rusty has had several Thai massages, getting Pon to work out the knots in his back.  I assume they come from his dealing poker, but I don’t know.  He loves the massages though, and I will never say no to getting one!

Things here and there have changed a bit, as things tend to do over time.  Our favorite Italian restaurant has closed down and is now just a deli (boo.), the chicken wing lady at the market has been replaced with a more expensive chicken wing MAN, who tends to run out every time we go, and strawberry season must be over.  No strawberries to be had anywhere. I guess January and February are the months for those.  A few changes here at our resort as well – we now have key cards to even get into our building, even though it is guarded 24/7 by a security guard.  Remembering to take the card is our biggest folly…we tend to forget.  Another new development is that there is a laundry service on site now.  We dropped off ours yesterday and are hoping for the best.  It’s going to be hard to beat our usual laundry spot…she does such a great job.  Lastly, there is a new rooftop garden on our building, right above our room.  Lounge chairs and grass floors, and  plenty of trees and plants make it pretty up there.  You can see the sea, which is nice – I often forget how close we are to the water since we never actually hang out on the beach.  The pools here are just too nice! 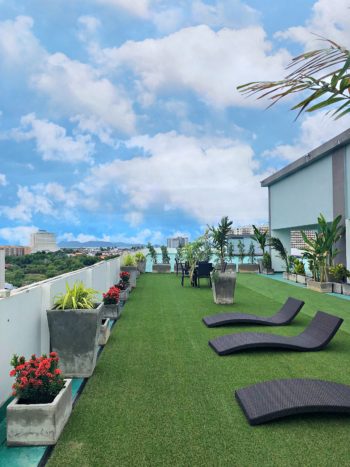 Mostly, we’ve just been lazing about, catching up on sleep, eating healthy again, and getting in our walks.  We’ve both worked, and played poker to make a little money here and there.  We’ve shopped and watched a few movies (I finally got him to watch Snatch, and now he’s obsessed with it lol).  If you have a series or movie recommendation, by all means, share it!  Unfortunately, we can not watch Hulu or Amazon Prime here, thanks to global licensing, but we get Netflix (although it is a much broader version than in the States- it offers a TON of movies) so let us know what you are loving to watch!

Until next time friends, I hope you are having a great September so far!  We have about 3 weeks left here (a couple days less), then it’s back to Texas for a week, then…Europe until mid November!  We are looking so forward to a true “vacation” – a 10 day tour of England, Paris and Amsterdam, 12 days in Latvia, a short cruise to Sweden, all followed by 2 weeks on a small ship cruise of the Rhine and Moselle rivers…we are so excited! 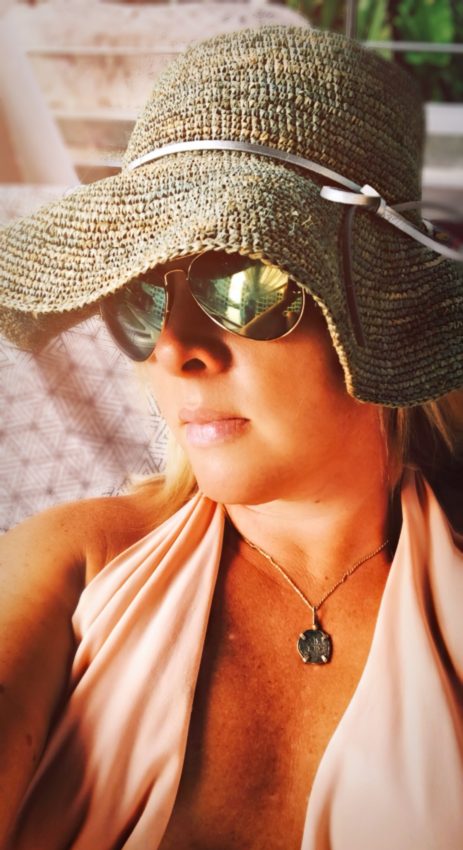 We are constantly wearing sunglasses in Thailand, an essential for sunny vacations!

You can buy your sunglasses from SmartBuyGlasses, with one of the largest selections of styles, you are sure to find the perfect pair. In SmartBuyGlasses.com buying glasses online has never been so fun and easy with the 3D Try-on Software, you can try several pair before buying them. Also with the free Lens Scanner App you easily get your current prescription by scanning your glasses anywhere, anytime in just few minutes.