Fun Facts About London, and How to See It in 3 Days

London. Home to over 9 million, and temporary home of over 20 million visitors annually. With stats like that, can you REALLY see it in three days?

Well, yes. And no. But mostly yes.

Most of us travelers, especially on our first visit to a new location, tend to line up the most important things to do, and then make a plan, and do them. When it comes to London, places that come to MY mind are of course Parliament, Big Ben, The London Eye, Westminster Abbey, St. Paul’s Cathedral, a true British Pub, the Thames, The Tower Bridge, and anything Shakespeare. To you, it may include Buckingham Palace and Kensington Palace, a tour of any and all things Royal Family, and the Tower of London. To someone else, perhaps a tour of Harry Potter filming locations, or a Jack the Ripper walkabout. Maybe you just want to try 14 variations of fish and chips. I don’t know.

But, everyone SHOULD and CAN get a great trip accomplished of London in just three days. Sometimes, three days is all you’ve got!

Instead of berating you with less intensive advice on what to do and when and where to do it (that’s what Guide Books and Fodor’s are for) I thought I would give you a “Fun Fact Tour of London” and some cool ways to experience those fun facts up close and personal. The idea came to me after joining Monograms a couple of weeks ago, where our tour guide relished GOBS of really cool trivia on us as we meandered our way about the city. Everyone likes fun facts, right? I know I do. Let’s get started. 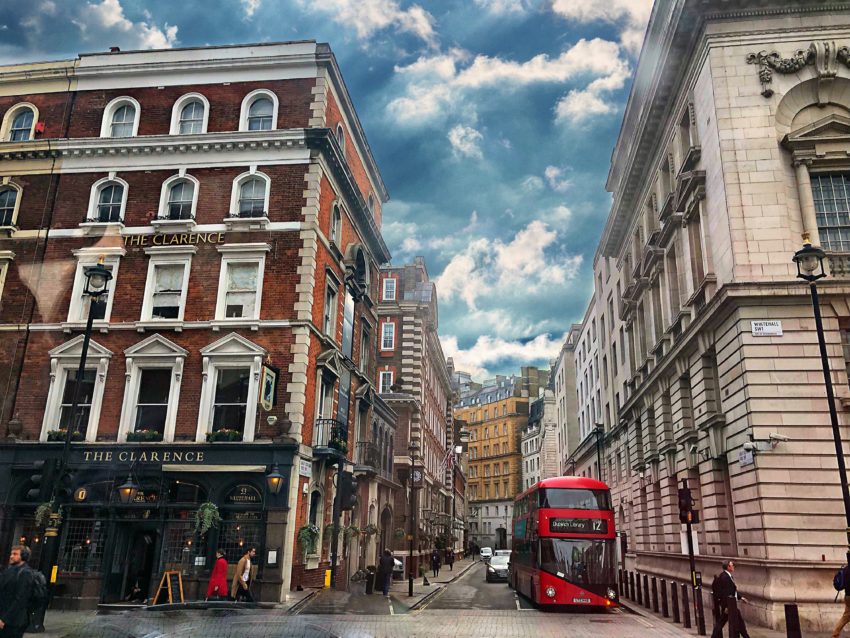 The River Was Dead

Up until 60 years ago, the main Golden Thread of England, The Thames, was biologically dead. As in, nothing alive was in it. Dead. The second World War and the bombings, plus the outdated and unkept sewer systems that fed into the river deprived it of life supporting oxygen, thus eliminating all life. Now, thanks to revitalization efforts over the past 50 years, the river is quite thriving, and is home to over 125 species of fish, as well as swans, ducks, even seals.

The Queen and Her Swans

Speaking of swans, did you know the Queen owns ALL the swans in the river? They’re called mute swans, and every year in the summer, a group of boaters follow the river counting all the swans and their new babies, in what’s called a “Swan Upping.” Believe it or not, this tradition is over 800 years old. In the past few years, the counters are lucky to count around 100 new cygnets…and all of them belong to the Queen.

No, she doesn’t eat them. Not anymore. In other news, she also owns all the dolphins in Great Britain.

In late 2018, an arctic beluga whale showed up swimming in the Thames. All alone. Lovingly dubbed Benny, the whale, though feared lost, seemed right at home enjoying lots of fish for several months, until one day, he swam on back to where he came from. Experts seem to think he reunited with his pod and is currently enjoying life abroad. 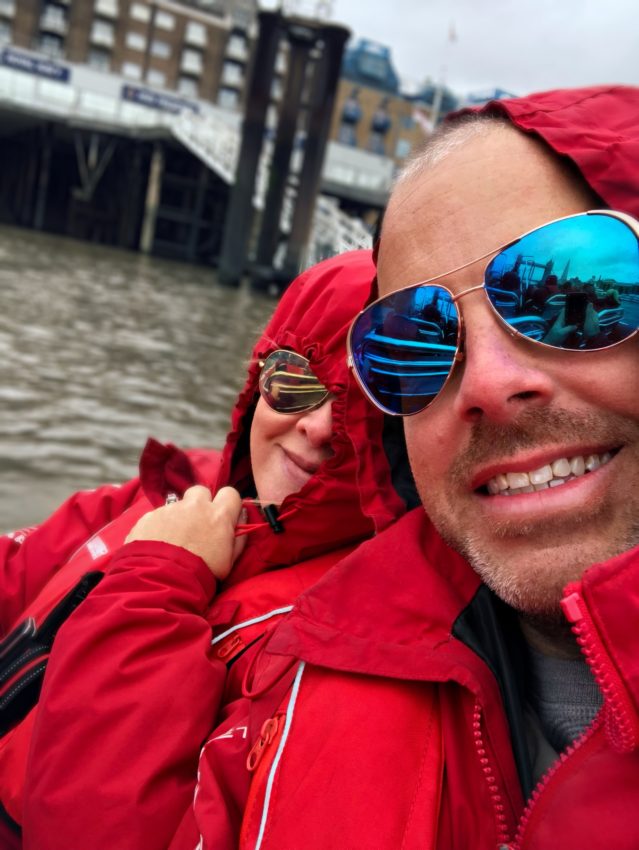 Best Ways to Experience the Thames

RIB Boat Ride – Located near the London Eye, board an hour long adventure with Thames Rockets, a fun and fast inflatable boat ride unlike any other river boat tour. Experienced and knowledgeable staff gives you a play by play as you slowly make your way on the river, until eventually, you’ve reached the part of the journey where the captain lays down the hammer and off you fly! We really loved this tour when we were with Monograms, who set it all up for us, but you can set it up yourself as well. Extra jackets and life vests are provided…it can get chilly in the cooler months, so be aware!

Thames River Cruise – Ranging from 30 minutes to two hours, depending on the tour you choose, you can cruise in comfort on the river, learning as you go. You’ll pass the Houses of Parliament, Big Ben, The Shard, the London Bridge, Shakespeare’s Globe Theater, and so much more. It’s a great way to knock off a LOT of the main tourist attractions in the city at once, and from a neat perspective. Plus, it’s enclosed, so weather isn’t too much of an issue with this option.

Okay, so this is awkward. The London Eye is not only a tourist ATTRACTION, it’s also fascinating just to see it. Hugely Instagrammable, the Eye has been one of the most popular sites in London since arriving nearly 20 years ago. Fun Fact: It was built on its SIDE, and lifted into position over several days. There are 32 pods, each representing a London borough…but are numbered 1-33. There is no unlucky #13 pod.

It takes 30 minutes to make the complete loop, and believe it or not, the ride is so smooth, there were times I felt we had stopped moving. Weddings can be planned on the Eye, and I’m told that if you do get married on board, you get TWO spins.

Lines for the Eye can be long, so come prepared to wait or to purchase fast track tickets (fast track runs you about $13-14 more, or $50 versus $36). On the night we went, even the fast track line was very long, so just try to relax and have fun, no matter the wait. Ferris Wheels are supposed to be HAPPY experiences! (And the views are amazing from the top!) (oh, another Fun Fact? The Eye isn’t REALLY a Ferris Wheel! It is a cantilevered observation wheel, making it something else altogether!) Check out the official website here. (And yes, Coca Cola bought it!)

For those of you not obsessed with my life, I graduated college with a double major in Art History and English Literature. I lived and breathed Shakespeare for a few semesters, including one long, hot summer that involved a different Shakespeare play on film EVERY SINGLE DAY. While I don’t recall as much about the Bard as I’d like, I did find that stomping around old London Town on streets that he’d walked as well made me want to re-read the classics. It also made me want to see the Globe Theater. The original only lasted a whopping 14 years, from 1599-1613, when it caught fire during a performance that involved…a cannon. Despite its original thatched roof burning down, and the fact that thatched rooves have been banned within the city of London since the Great Fire of 1666, the current Globe has a special license to have one anyway. How to see it?

As I mentioned, we were with the Monograms group. Monograms is a “group tour” of sorts for individuals, combining the best of both group tours and personal vacations. Included in every Monograms package is a great hotel, breakfast, and a City Tour with a guide on your first full day. Our guide was INCREDIBLE, and while the tour was only a couple of hours long, we learned enough about London to make your head spin. You could also opt for a Hop-On Hop-Off Bus Tour. Tickets for these can be purchased online or (I believe) from the drivers at any of the frequent marked stops. 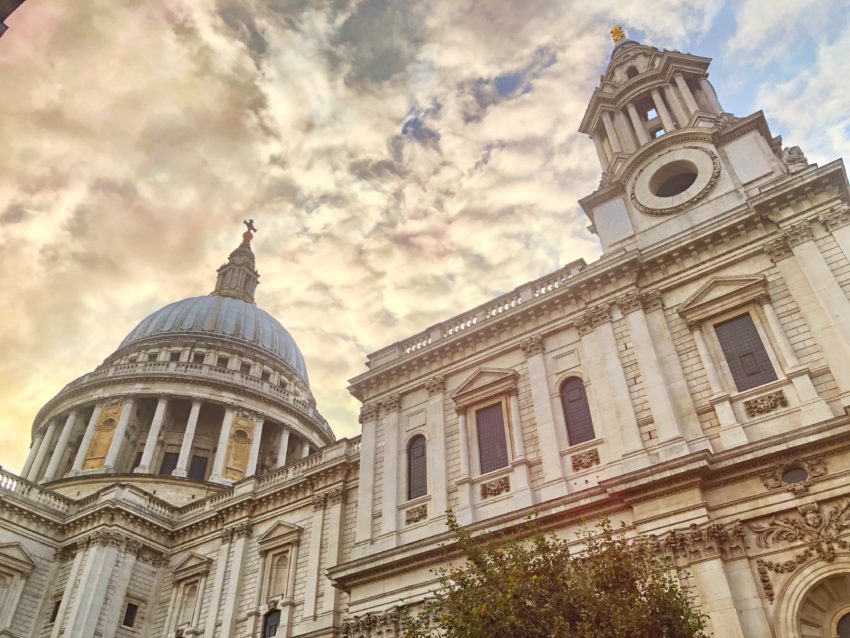 Unfortunately, no royals were milling about town when we were there. I have cousins that are flat out obsessed with Kate and William, their children, and of course, Harry and Megan. I do happen to know their names (well, not their long, fancy names that have places in them), and I know the names of their little kiddos, as well as Charles and Camilla, Elizabeth and Philip. But what I did NOT know?

Queen Elizabeth wasn’t even supposed to BE Queen. Her uncle was next in line when her grandfather died, but uncle dear wanted to marry some American, so he abdicated the throne and Elizabeth eventually became the queen of all the land. Also, even though he is her husband, Philip will never be the King. He has to stay a prince, because, well, he wasn’t born into the lineage so, he’ll just have to settle for Prince. Or Husband of the Queen. Or (not kidding), Cousin of the Queen. Look it up, kids. I’m not judging, just stating the facts. Hey, it’s happened in my family, too.

Places to Visit if You Are Into the Royal Family

Buckingham Palace, Windsor Castle, Kensington Palace, The Royal Mews (this is the horse stable), The Queen’s Gallery (her art collection, which is VAST), Hampton Court, The Tower of London, and Westminster Abbey. If you’d like to see where Charles and Diana got married (an unusual location, as it wasn’t used for royal weddings), check out St. Paul’s Cathedral, designed by Christopher Wren. It is really quite stunning and full of history. 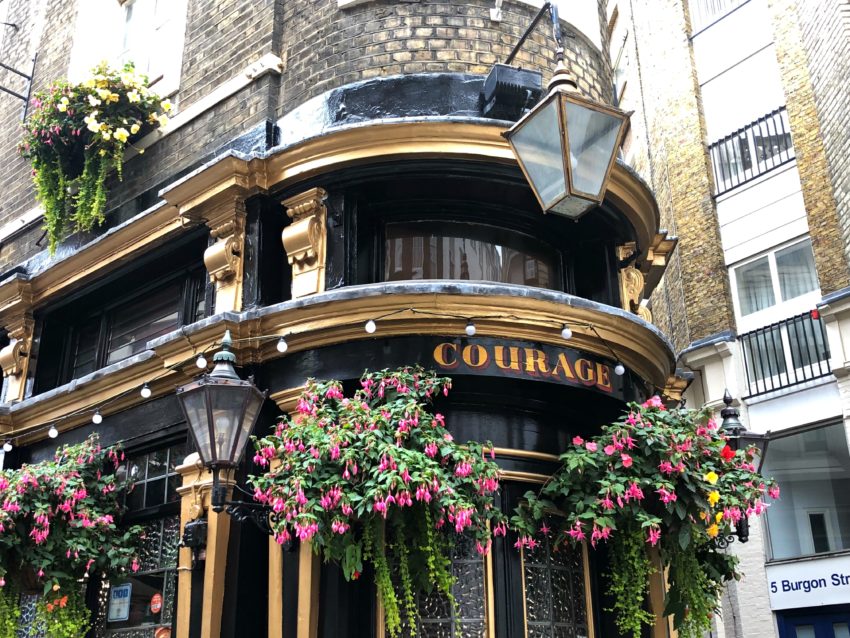 In 1355, in Oxford, England, a dispute between a couple of students and a pub owner broke out over the quality of their beers, and resulted in a two-day riot, which left 63 scholars and 30 locals dead. While that’s not really a regular occurrence these days, the Brits do take their drinking seriously. Even on rainy nights, you’ll see the fashionable Londoners spilling out of the poshest pubs in town, consuming their pints on the streets if there is no standing room indoors. The pubs are often very well decorated, both indoors and out, full of potted plants and embellishments. Whether you are a drinker or not, a visit to one of London’s fine pubs is a must-do in my opinion. Just look for one with men in suit jackets filling the sidewalk. They’re everywhere. Menu suggestion? Fish and Chips or Meat Pie. I’ve yet to have a bad one anywhere.

A Three Day Itinerary for London

Disclaimer:  This post and trip was sponsored by Monograms in cooperation with iAmbassador.  All thoughts and opinions, as always, are my own.

Spread the love
Self Care Tips That Can Transform Your Day Monograms: What an Independent Tour Has to Offer