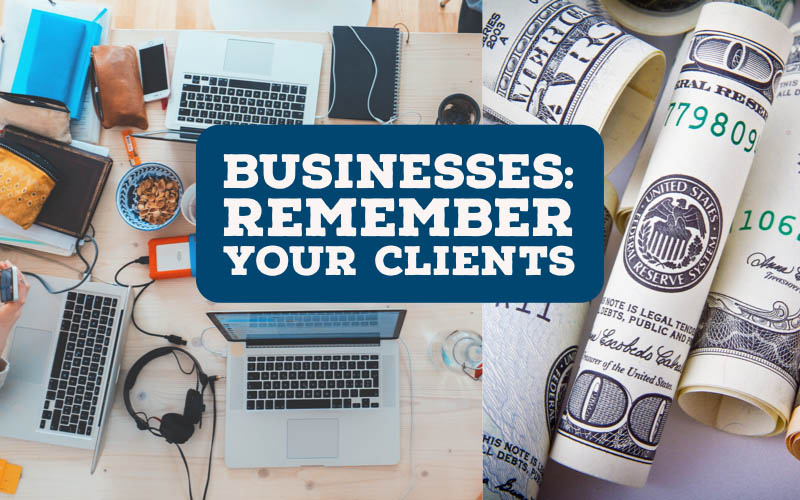 There are many people out there, usually within a certain scene, that believes the only people with a rational judgment of how a business operates is those who are within the field themselves. This is the age-old critic vs. artist argument. For instance, it was not uncommon for many filmmakers to find that Roger Ebert, one of the most celebrated moviegoers and reviewers of all time, had little in the way of a worthwhile opinion because he had little directing experience himself.

Yet that argument barely holds water. The audience is just as worthwhile a critic as those who are skilled in the art, provided they give an honest assessment of their point of view. Businesses could learn something from this. While many businesses may view customers as a necessary engine of revenue and ultimately profit, sometimes a great consumer-led feedback onslaught can allow them to understand exactly where they’re going wrong, or right.

The customer is, against popular belief, not always right. But it does matter that businesses listen to their clients, and listen to them well. So, we thought it necessary to bring some wisdom from this side of the aisle. Businesses! If you understand you’re also here for your clients, you’ll generate goodwill exponentially. Here’s how:

Do You Respect The Intelligence Of Your Audience?

It’s important to respect the intelligence of your audience to some degree. Of course, that doesn’t mean that eschewing product labels or leaving out important instructions is a means of respecting your clients. Yet it can be that when providing tech support, for instance, we quickly ask if they have conducted the obvious efforts, such as turning a machine off and on, but do not dwell on this obvious message. This allows you to get to the heart of a support call more easily, and it also helps you avoid annoying your customers.

Additionally, it can sometimes be nice to show your product as matter-of-fact as possible, instead of speaking to them in promotional language at all times. This adds an aura of authenticity to your forward-facing approach, and companies that engage in this are often more than appreciated.

Are You Continually Relevant?

What are you doing to ensure your continual relevance as a brand? Are you doing your best to secure the goodwill of your clients? Additionally, what factors have you decided upon to help update your brand for the new mode of doing business? For instance, Disney has recently launched a new streaming service, in which you can stream a majority of their content for a certain price in the US. It’s not hard to see that this move was adopted thanks to the success of Netflix and Amazon Prime, or more exclusive services such as HBO Now. Yet while it can seem as though Disney are elbowing their way into the market using their tremendous capital and influence, it’s true that many consumers simply wish to do business through this lens, as on-demand and easy to access content is all of the rage right now, and has set a new standard. What is digital transformation? Only the means in which to ensure you conform your best practice to an upgraded online offering, in keeping with the practical habits of your customer base/audience.

The more companies learn from these examples, the better.

Do You Earn Your Prices?

Do you earn the prices you trade by? More and more, it can seem as though value for money is a lost concept, and thus can upset quite a few otherwise loyal customers that would love to engage in a certain product. For instance, once upon a time, Apple traded by the motto ‘does more, costs less.’ Nowadays, while Apple is known for its qualiity and utility, we can be certain that their prices seem to grow exponentially. For instance, unlike other retailers, they rarely include certain essential items such as fast chargers with their mobile phones. Additionally, other accessories, some that are essential for the experience, are sold separately with huge markups.

Now, Apple isn’t going anywhere anytime soon. They were the first trillion-dollar company, and are poised to go from success to success. But it’s not uncommon to see their prior audience and even professional tech critics and reviewers question just what value for money is being offered by this singular company now they have many locked in their ecosystem. It’s almost immeasurable the goodwill they would cash in on if they switched up their practices to make their prices less perceived as ‘predatory.’ To that extent, their business would boom even further.

Do You Celebrate Your Industry Or Practice?

It’s important to note that in order to be seen as a positive force in an industry, or rather an authority on it, you need to celebrate your industry and care for it. For instance, it’s not uncommon for music production brands to sponsor city events, concerts, or public arts in this way. Yamaha, for instance, may sell many keyboards at a discount to the young arts or music department in a school. This way, brand familiarity grows, but they also help train the next generation of musicians.

It’s even better if you take an ethical stand. For instance, a manufacturing company hoping to produce its product without wasteful packaging is seen as a company worth paying attention to. Even McDonalds, known for perhaps being somewhat of a controversial corporation, gained widespread acclaim for switching to paper straws instead of plastic. Celebrate your industry or practice the way you should. It can grow goodwill like nothing else.

Do You Reward Our Support?

This is a simple ending point – companies that reward loyal customers, be that through future discounts, offers or a simple thanks, can find themselves opening up the chance for repeated business. We like businesses that like us, and not just for our money, but for our presence and for the vital role we play in our patronage. This is a two-way street, after all.

With this advice, we hope you can more easily understand that as a business, working with your audience can be a great idea.