It isn’t often that my husband, Jon, is influenced by a food in such a way that he feels the need to recreate it. These Jalapeno Bites are an exception. He came home one day from work, raving about an appetizer his friend Adam brought in. Cream cheese filled jalapenos. I’ll be honest – I’m not a fan of spicy foods, and hot peppers have never really been my thing. That is, until I got a bite of one of these bad boys.

The overall experience isn’t all that hot. What you get is a nice tangy punch from the cream cheese, the salty, greasy goodness of the bacon, and just enough bite from the jalapeno to let you know you are onto something good. I can’t take any responsibility for this one at all folks…it’s all the Man. He took his friend’s idea and changed it up, according to what he he felt seemed appropriate.

I think he really hit the mark.

Give it a try at your next gathering or tailgate party – you’ll have some impressed eaters! 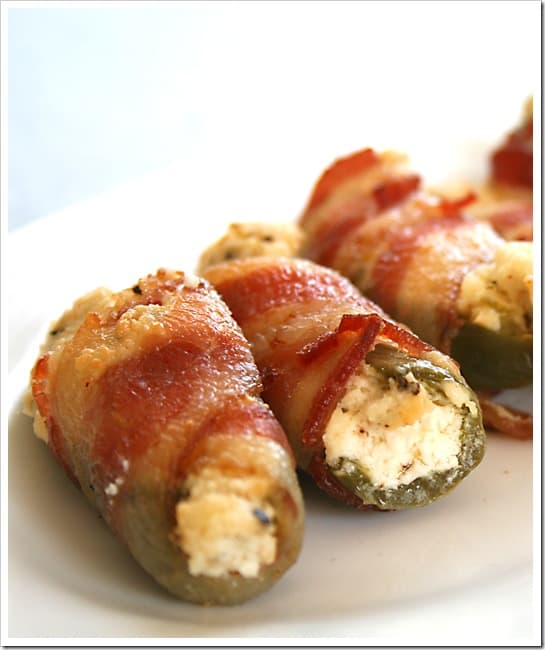 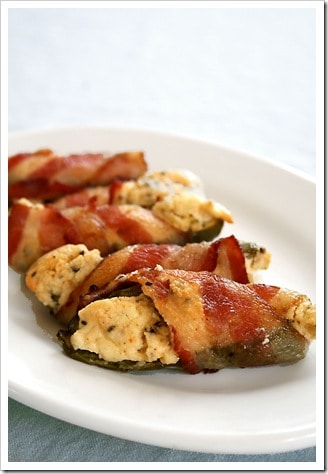 Combine cream cheese and spices in small bowl. Spoon mixture into each pepper half, until level. Wrap each in bacon, and place on baking sheet. Bake for 40-45 minutes. Remove and enjoy!

Until next time, have a great day!