Time to Make the Doughnuts

I spell doughnuts this way.

Some people choose to shorten it to donuts.

I don’t care how you spell it, though, just give me some. Especially if it’s giant, yeasty, and sugar glazed. I used to think that Krispy Kreme was the recipe to beat, but I was wrong.

I know, I know. Blaspheme.

But it’s true. On our recent beach vacation, we were turned on to a tiny little gem called Britt’s Donut Shop in Carolina Beach. 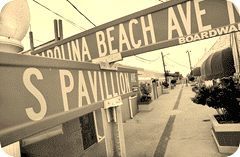 Now, we weren’t staying in Carolina Beach…we were staying in Wilmington. And that was for only one Saturday night. Our plan was to head inland the next morning to Monroe for our Treehouse Vineyard stay, but the thought of “gooey, melt-in-your-mouth” doughnuts had us taking a half hour detour in the opposite direction first thing Sunday morning.

I had never been to Carolina Beach, but I have to say, I think I like it. It looks like what I imagine Myrtle Beach did back in the 50’s and 60’s, before massive hotels moved in, before the chain restaurants took over. It had a charming boardwalk, a small family theme park with various carnival rides, ice cream stands, and of course, Britt’s Donut Shop.

I was stunned to see a line. No joke. On Sunday morning, a line of over 30 was trailed out the wide open doors. You could see the menu from afar…Donuts, coffee, and Pepsi. That’s it. The prices were phenomenal –85 cents each or 6.75 a dozen…and the only type of donut was glazed.

When it was my turn, I ignored Jon’s advice to “only get a couple” and bought a dozen. Lacking was the fancy box one might expect from a doughnut shop, and instead I was presented with a white paper bag filled with scorching hot goodies. Upon returning to the truck, we immediately opened the bag and dove in. 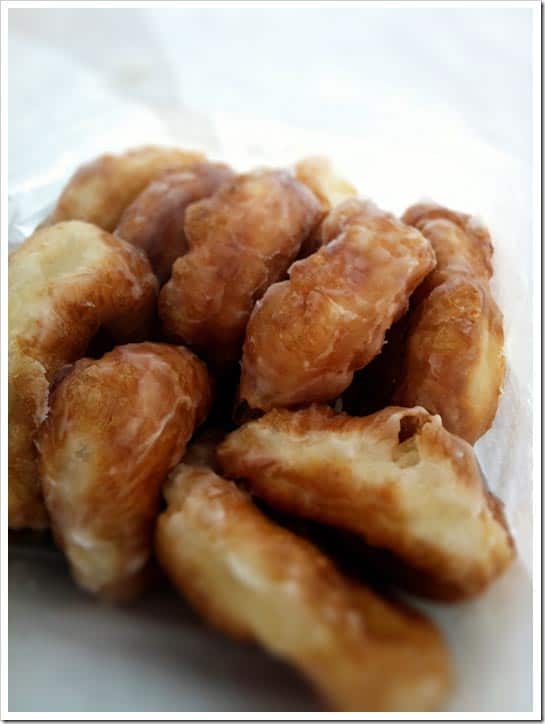 Perfection in every sense of the word. They really do melt in your mouth, no chewing required. Not cakey, barely bready – all air and sugar and buttery deliciousness, a light crisp on the outside. Honestly, I would consider a week long vacation in Carolina Beach JUST for the availability of these donuts. Not kidding. We had the dozen gone by the end of the day.

Of course, driving 7 hours each way to fetch a few doughnuts really isn’t all that feasible, so, still having doughnuts on the brain (and probably still in my veins), I set about to make some myself. I quickly searched the net for a Britt’s knockoff, but had no luck. Boo! But, I pushed on and came up with a recipe that produced a great result. Now, no, these are NOT a Britt’s knockoff. They are not that light and airy. They are delicious, better even than Krispy Kreme, which is saying a LOT…but Britt’s they are not. 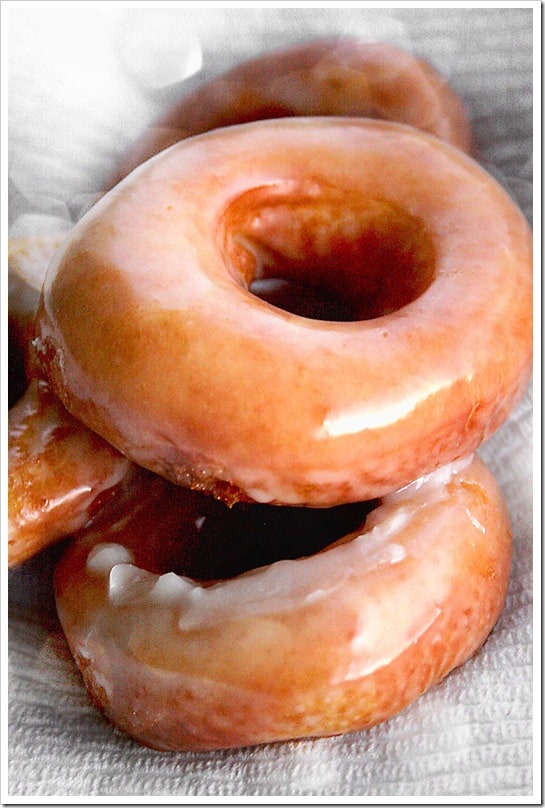 Add sugar to the warm milk (around 110 degrees), and stir until the sugar is dissolved. Add the yeast, and allow to rest around 10 minutes.

Combine the eggs with the butter and vanilla in the bowl of a stand mixer. Mix on medium low speed with the dough hook until well combined. After the 10 minutes have passed on the yeast, add the mixture to the butter/egg combination, and mix for a few minutes. In a separate bowl, combine the flour and salt

Begin adding the flour, one half cup at a time, until it is all incorporated. Use a medium speed for this. Do not over knead, dough will be a bit sticky.

Remove dough from the mixer, and place in a greased bowl. Cover tightly and refrigerate for 4-5 hours, or overnight is you wish.

Roll out the dough to 1/3 to 1/5 inch thickness. Cut with a doughnut cutter (or biscuit cutter)

Place cut doughnuts on parchment, and allow to rise in a warm place until very airy and light.

Heat oil to 350/360, and drop doughnuts in one at a time. Cooking time will vary based on the heat of your oil, but 15 seconds per side worked for me. Remove from oil and pat with paper towels. Continue until all doughnuts are fried.

Dip in glaze. Allow to dry. Dip again, if desired. Serve and enjoy!

Stir all ingredients together until well combined. 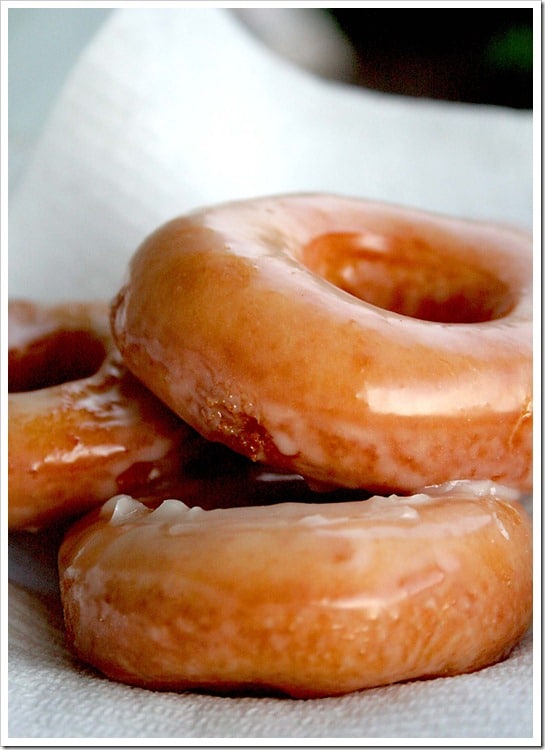 Spread the love
Gardening, Kids, and Comparisons. It’s all happy in a sad kind of way. Egg-Cellent Ideas for Back to School