The Greenwich Food and Wine Festival

I told you a few weeks ago that I was headed north to Connecticut, to spend a weekend in Greenwich at the Food & Wine Festival. I was excited, of course…but also nervous.

Nervous? Yep. You see, it’s rare I travel alone anymore. And if you know me at all, you know I am PeoplePhobic. Crowds scare the bejeezus out of me. One on one conversations also make me uneasy. Humans, in general, make me want to sit in a corner and shake.

Okay, maybe that was too much information. But it’s true. There is a reason I am a blogger. I can type to you all the live long day, but talking? Yeah, let’s not. Send me a text, a tweet, we’ll get along famously.

But, I pulled myself together and made the 9 hour journey, stopping halfway to stay the evening with my best friend from highschool, as well as a pit stop in Hershey to visit my good friend Anna for lunch. Anna is the best…and not just because she hooked me up with my favorite mints of all time – the DUOs. Great goodness and mercy, you need these in your life. Trust me. Strawberry is the best, but I’m told a Watermelon variety is forthcoming. I MAY share them with you. Maybe. 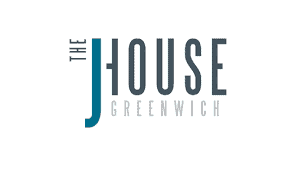 You may NOT, however, have Anna.

After lunch and a drive through NYC rush hour traffic, I arrived in Greenwich in the early evening, in enough time to unpack, take a nap, and get a lay of the land. After dinner, I checked out the cool rooms at the JHouse, the hotel I will definitely be staying at NEXT YEAR. Modern. Cool. Funky. 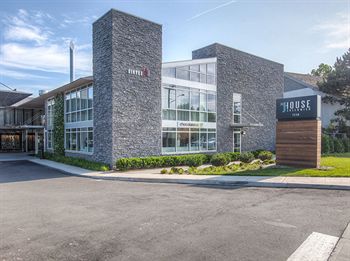 The lights and curtains are all run from the provided in room iPad. The bathroom has an incredible shower. 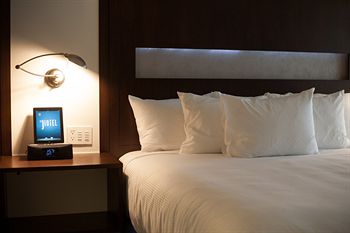 The TV in the room is hidden behind a gigantic mirror, as is the bathroom TV. There is Star Wars Pop Art on the walls. The pictures? Don’t do it justice. In fact, you really need to see it at night, because it’s the lights in this place that make it so memorable. There’s under the bed lighting, which makes the bed appear to float. And that horizontal bar you see above the pillows? Yeah, that glows too, kind of like an aquarium light. It’s…funky. Fun. Unforgettable.

Yeah, I pretty much fell in love with the place. That and the free valet parking did me in. 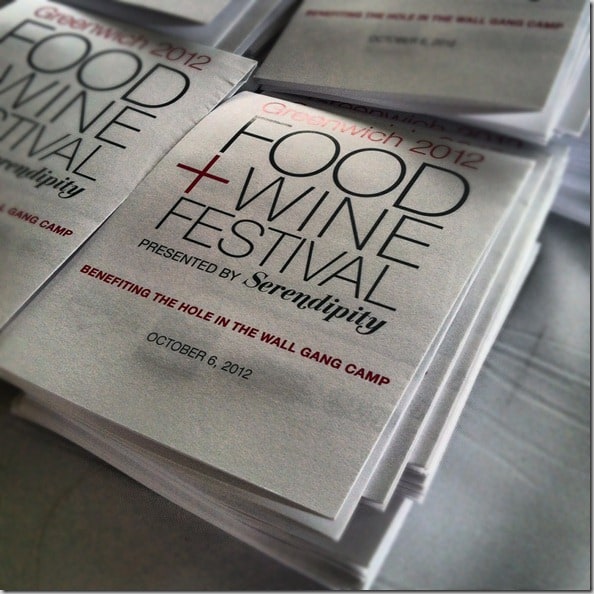 But, that’s not the best part of the weekend. Oh, no. That would be the actual Festival. 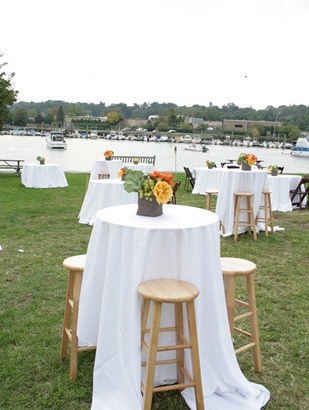 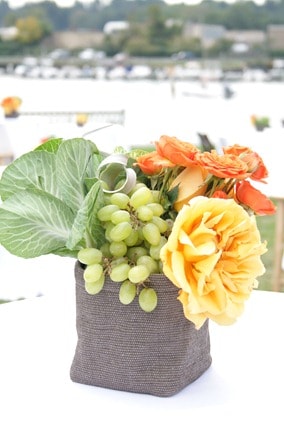 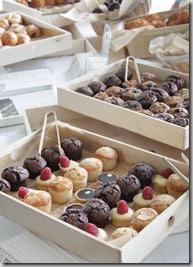 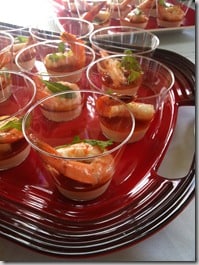 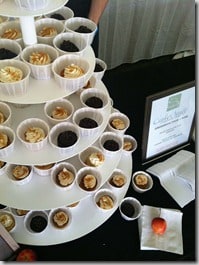 Imagine the most scenic seaside park you can, full of green grass, towering white tents, crisp linens, and food unlike any food you’ve ever tasted. Pastries. Pastas. Wine and beer. Cookies and sliders and apple pies. Everything prepared by the best of the best, and that’s no exaggeration: the vendors hailed from New York and surrounding towns in New England, and the chefs brought their A games.

Speaking of chefs? The festival hired a few you may recognize. Bastianich. Ted Allen. Graham Elliott. And my favorite? Duff Goldman. He’s also my least favorite, but, well, that’s because he put me on the spot. 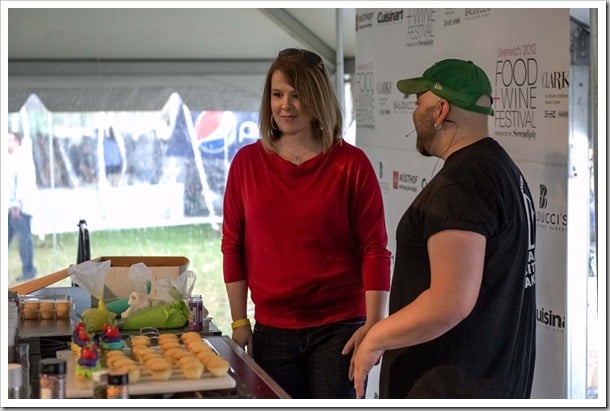 Yeah, that’s me, on STAGE. With Duff. Decorating cupcakes while he talked to the crowd and did some cupcake graffiti art. He had told me before his presentation started to stay nearby. So I did, as if he were the boss of me. As if. But, when I saw his hand point my direction, well…To say I was stunned is a bit mild. 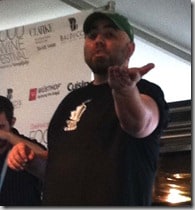 I was…drowning. Drowning in a tent full of people staring at me, waiting for me to screw up. And then something happened. He made me laugh, he made me feel comfortable on stage, and honestly, I think I could do it again. It was quite the experience. Plus, it was for a good cause, as it allowed him to paint and entertain, which was important. Later that afternoon they auctioned off his paintings to collect even more money for Paul Newman’s Hole in the Wall Gang Charity. What a great idea! I do hope whoever bought them will enjoy them! 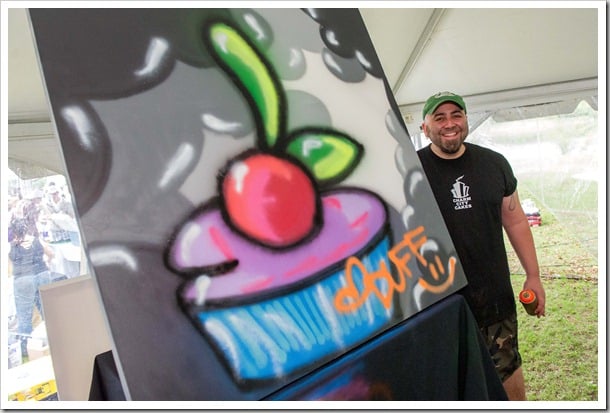 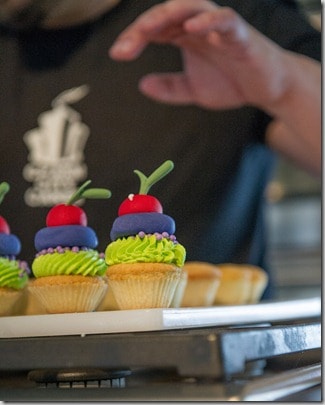 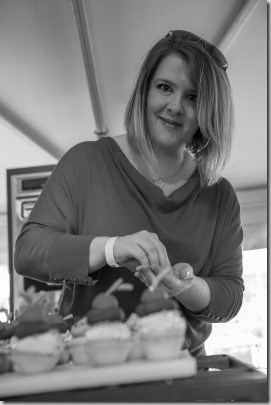 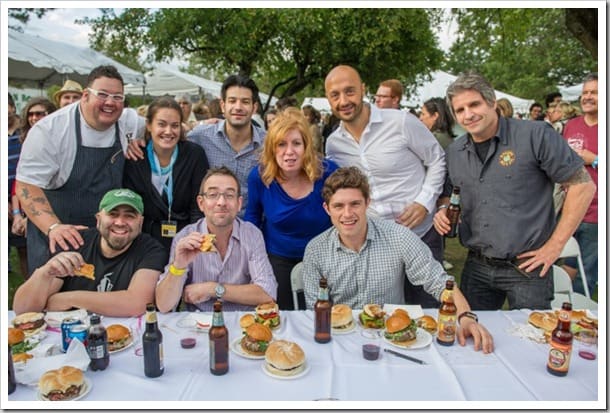 Later that day there was a burger battle that the celebrity judges had the torture of judging. So many of them looked incredible, and I have to admit, I was a little envious of the judges! I made up for it though by digging in to an amazing Salmon BLT – Yes, a Salmon BLT – from Preppy Pig BBQ. What a talented group they were, and so kind! I was very impressed with the tenderness of the salmon, the slightly smoky flavor, and the overall way they thought outside of the box. So clever! (Gotta love that logo, too, isn’t that perfect?) 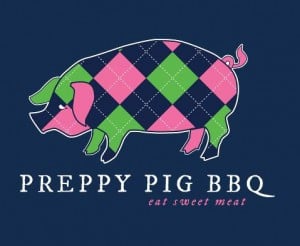 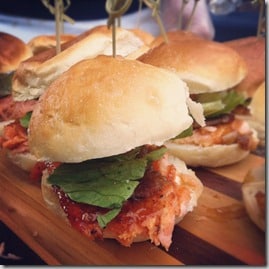 I also meandered around and found my new friend Sam, the Dessertist. She supplied us with a couple of jaw dropping desserts, my favorite being the Apple Pie Cake. I’m hoping she’ll scoot me over her secret recipe to share with you all, as it was fantastic! Layers of flaky pie crust, buttery, sugary apples, caramel, whipped cream – everything good!! 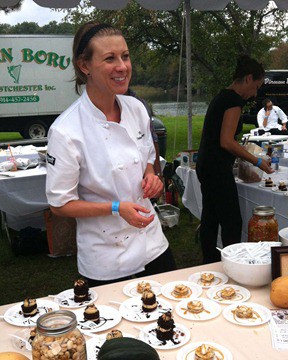 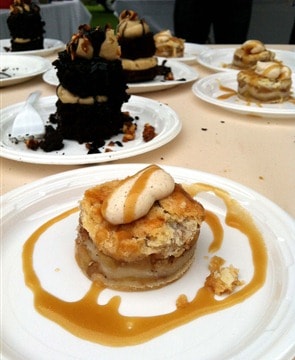 I can’t say I had a favorite part of the day, as it was all wonderful. From the food, to the hospitality, to the setting, the music, and of course, hanging out with some of the most incredible culinary talent there is – the day was more than memorable. It was one for the record books, and I can’t wait until next year!

A HUGE thanks to Serendipity Magazine for their spectacular festival and for having me attend, as well as for their hospitality. I had a wonderful time!