Kids…I’m headed back to Las Vegas.

That’s bizarre for me.  You see, I was just there in August, as part of my cookbook tour, and I haven’t even gotten around to writing about that yet.  Seriously, I have at least two posts to share with you about my time in Sin City…it was just too, too much.

But here I am, back in Vegas.

The World Food Championships are slated to kick off on Fremont Street (that’s old school Vegas, in case you were wondering), and I am going in support of Ally Phillips and Dole.

Ally.  My goodness.  I could write a novel and not be able to sum this woman up.  Spunk.  Dedication.  Food Genius.  Creativity.  She’s got it all and then some. 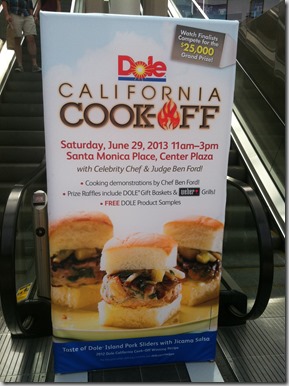 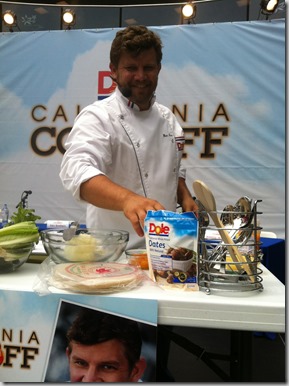 I met Ally in June, when I was paired up with her at the Dole California Cook-off.  You may recall my being there – I was supposed to just mingle, mix, social media tout, Tweet pictures of Ben Ford and other handsome fellas, just experience and share the whole Cook-off and kind of keep to myself, but alas, things changed. 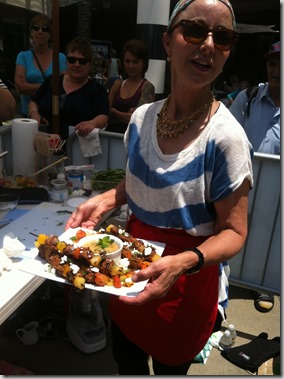 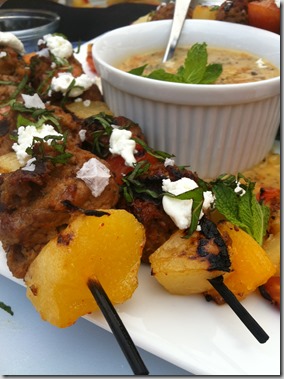 Because of a last minute snafu, I was asked to step up as a sous chef for Ally, in a grilling competition worth $25,000.

No pressure or anything.

After a grueling competition, some teamwork, some ingenuity, some amazing kabobs, and some singing (yes, really) – Ben Ford stepped onto stage and awarded our team – Team Ally – the winner.

That was a good day. 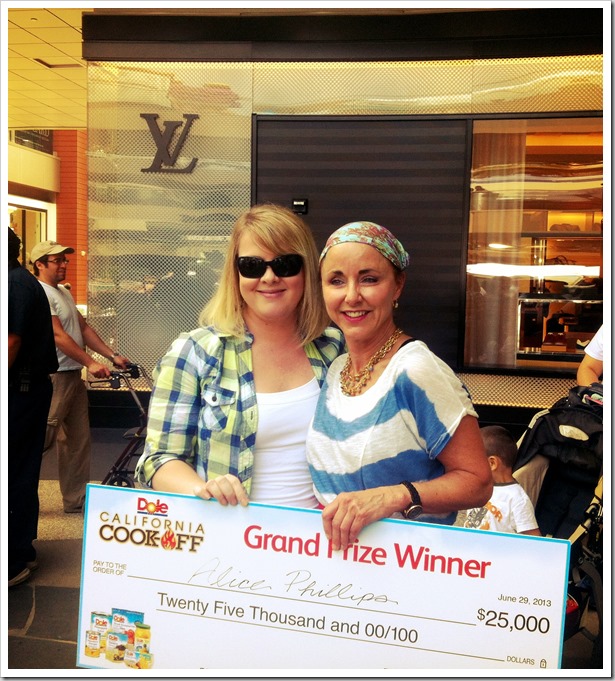 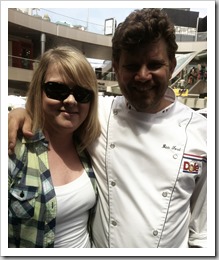 So when I learned of Ally’s Las Vegas throwdown, I knew I had to get back.  Courtesy of my friends at Dole, I packed up and boarded my Delta flight to Nevada for a week of food competitions like none other.  The best of the best will be here, making desserts, BBQ, heck, there’s even a full on Bacon competition.  There will be tastings and parties and all sorts of excitement, and I can’t wait to get to share it all with you!

I’m excited to catch back up with Ally, and of course my friends from Dole.  And then there’s Ben Ford, who it seems I just keep running into over the past year!  Ben will be doing some demos that I am anxious to see, so if you are around, some on by each day for Dole’s Daily Delicious Moments and learn a few things from him yourself!

There are seven competition categories at the World Food Championships:

Ally is competing in the Recipe category and she qualified for this competition by winning the 2013 Dole California Cook-Off. The preliminary round will take place for this category on Friday from 8:15am-10:45am. It is known as the “Round of 50” because there will be 50 competitors vying for category payouts and a chance at both the Category Finals and the WFC Final Table.

Each of the 50 competitors are required to create multiple dish entries or “builds.” Since the World Recipe Championship’s overall theme this year is “Pasta,” both dishes must be a pasta dish and Ally will be including Dole Packaged Foods products in each. The dishes do not have to only be pasta, but rather feature and highlight pasta as the star of the dish. In this Round of 50, competitors will have approximately 2 hours and 15 minutes to create both pasta dishes, each following different criteria and dubbed “Signature Dish” and “Structured Build.”

Ally is keeping her recipes top secret at this time, but will be posting them on her blog, Ally’s Kitchen, following the competition. I happen to know what these recipes are and let me tell you – Oh My Gosh.  Just – wow.

As for the Daily Delicious Moment…

Chef Ben Ford, Ally Phillips, and Chef Sandy Cohen from Dole will host a competitor from the BBQ, Sandwich and Burger categories to discuss their competition entry and demonstrate what sides, beverages or adjustments could be made to incorporate healthy Dole Packaged Foods for a full meal of champions.  It’s going to be so fun!