If you know me at all, you know I am a traveler.

At the drop of a hat, I’ll pack up my things and go, whether by plane, by train, by boat, or by car.

Speaking of cars, you may recall that earlier in the summer, my little family and I hit the highway for a 7700 mile roundtrip cross country journey.  Three weeks in tight quarters with a husband and a six-year-old made for quite a trip…and while yes, it was fun, and yes, we saw some amazing sights…it was not all sunshine and rainbows.  Some wrong turns were made, despite the GPS.  Some roads were traveled that really, really shouldn’t have been (hence the armed guards giving us the stink eye in the middle of the desert when hello, I can read the “warning” signs, we just needed a place to turn around!), some hotels should have definitely been avoided, and some restaurants really weren’t worth the drive off the interstate. 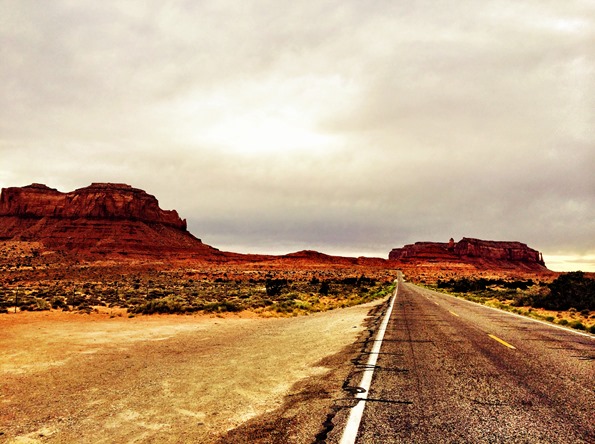 As a blogger, I am a huge fan of technology, especially my iPhone, so prior to the trip, I downloaded a few Road Trip Apps that served us very well.  RoadTrippers helped map out our trek across the states, giving us little known tourist stops as well as the routes to the major sites and off-the-beaten-path diners.  The iExit app was great for interstate travel – it let us know what was coming up at each exit in terms of restaurants and gas stations.  Hotels.com and LMT Deals were huge in helping us plan last minute hotels, and OpenTable kept us in restaurant reservations.  How did we ever travel before the internet?

From the backseat, Seven was a techie himself, loaded up with the iPad and Kindle.  He was a trooper, and never complained of the long drives, the hours of deserts, or uttered the most dreaded phrase “I’m booooored.”  We downloaded a couple of movies for him to watch before leaving, and he had his games to play, so he did really well.  Since neither of his devices are cellular ready, though, while on the road, what he had was what he had.

I can only imagine what the trip would have been like in one of the new Chevrolet vehicles that have WiFi.

Yep, you read that right.

Chevrolet is the first automotive company to bring 4G LTE Wi-Fi into their cars, trucks and crossover vehicles.

New Chevrolet vehicles are equipped with 4G WiFi, and can power up to 7 devices.  So, Seven’s 2, my phone, Jon’s phone, my COMPUTER (oh, how that would have changed the trip in a BIG way!), and MORE.  We could have picked up a few extra passengers AND their devices!

Instead of having to watch The Lego Movie and Frozen for 20 days straight, Seven could have been live streaming Netflix or Amazon movies.  He could have been playing Minecraft with his cousins, listening to music on Pandora, or watching strangers play videogames on YouTube. (Does your child do this?  He watches others play games all.the.time.  Literally all the time. Anyone?)

Not only would Seven have benefitted, but I would have been better off as well.  With the available OnStar 4G LTE Wi-Fi hotspot, there is a better in-vehicle experience than with just your smartphone. The stronger signal delivers a fast, reliable connection. It’s automatically on after initial setup and ready to connect to your mobile devices.  Sweet, right?  Faster connectivity means maybe, just maybe, that evil eye we got in the deserts of Utah may have been avoided.

Like I WANTED to visit the nuclear waste dumping facility.  Clearly that was on my agenda, Government.

So, yes! I think it’s GENIUS to have WiFi in the car, and I’m wondering why I don’t have it in MINE.  This will have to be remedied, and soon.  Smart move, Chevrolet!

Want to know which of the Chevrolet vehicles (including that hawt Impala pictured above) have this magical power?  Of course you do! Just visit here for the line up!  How would YOU use WiFI in YOUR car?

Chevrolet is merging the physical freedom of the car with the virtual freedom of Wi-Fi to become the first and only car company to bring built in 4G LTE Wi-Fi to the largest vehicle line-up. Visit http://s.chevy.com/TBX to learn more.

This is a sponsored conversation written by me on behalf of Chevrolet. The opinions and text are all mine.

Reader Comment Disclaimer:  Comments submitted may be displayed on other websites owned by the sponsoring brand.