Today we are getting in the kitchen and making Arancini. Pizza Arancini, to be more precise, and we will making it … with our kids.

Don’t worry, they’ll love it. Trust me, I know. It has the word PIZZA right in it. 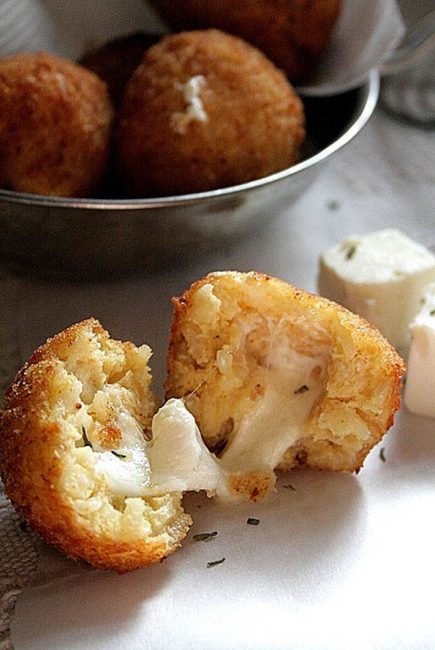 I didn’t. I just didn’t. In fact, a friend of mine told me just the other day that it’s hard to believe that I’ve changed so much, as I used to not even be able to boil water.

That’s saying a lot. Because he is right. I didn’t know anything at all about cooking.

So, over the past six years, I’ve been cooking or baking nearly every single day, and luckily, I am pretty darned good at it. Good enough to get paid for it, which shocks even me. But even more importantly, my son watched me cook – helps me even – and when the time comes for him to flee the coop, I know he will be skilled enough to make a fine meal for the woman of his dreams.

We’ve been baking buddies since early on, and many of you have watched him grow along with me in the kitchen. From a very early video of him crawling away at lightning speed after stealing a cupcake, to a brownie making video we partnered on at age 2, you’ve seen him help me become the kind of mom I want to be.

He wants to be a chef.

Isn’t that awesome? At age six, he wants to be a chef, because he sees what kind of life I have. Granted, he also wants to be a blacksmith, and totally buys that I used to be a ninja before the government brainwashed me, but that is neither here nor there.

I’m doing my job. He wants to be like ME.

Therefore, I make it a goal to create several recipes that are kid friendly, so that he can work alongside me. When I was approached by Uncle Ben’s to create a Kid Friendly recipe, I knew this task was right up my alley. So what makes a recipe Kid Friendly?

First, the recipe needs to be simple. Not too many fussy ingredients, just good, wholesome, and tasty. Starating with a delicious and easy to change up product like Uncle Ben’s White Rice is always a good idea – any of us can make rice. Just let it do it’s thing!

Second, it needs to be icky. That’s right…icky. The gooeier and messier the better. Kids love getting dirty, so if they can get filthy on purpose, and are encouraged to do so? Of course, they are IN. In my recipe, we do this by mixing our cooked rice with uncooked egg. Rolling the rice into balls just doubles the fun. They love it!

Lastly, eat together. Gather around the table, and sing each other’s praises for the fine meal you created together. Nothing feels better than sharing a meal as a family after you worked on it together. It instills a pride in your child that they can carry with them, and you want them to feel that sensation of accomplishment. 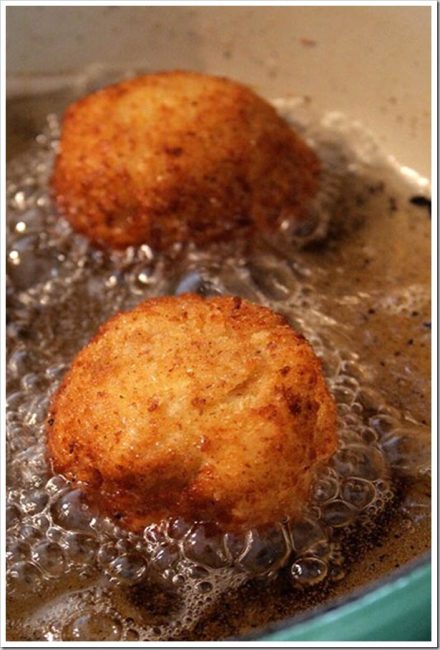 According to University of Michigan’s Project EAT, kids who prepare meals with their parents are more likely to eat healthier as adults while those who are not taught cooking skills resort to quick fixes like fast food. In other words, teaching them how to cook teaches them how to eat.

The Ben’s Beginners Cooking Contest is a nationwide cooking video competition for kids that brings families together to cook a healthy rice based meal. Ave you heard about it? It’s such a fun idea, and it gives you the opportunity to hang out and play with your children for a great reason! You can find out more information at www.facebook.com/unclebens or www.unclebens.com. Check it out! 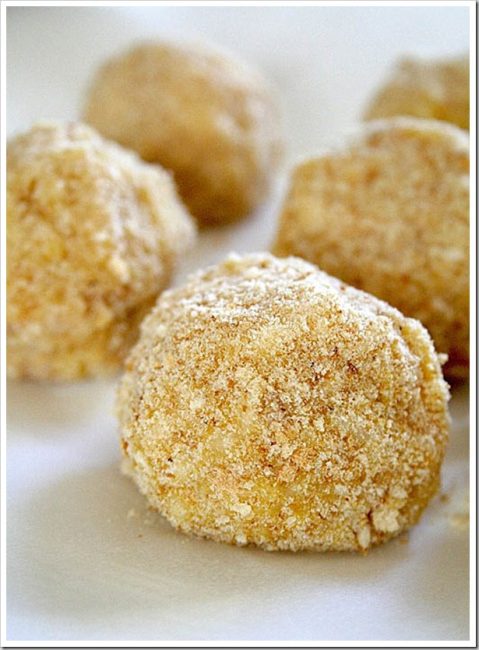 Cooking with your children makes for a great beginning! Visit www.unclebens.com and click on The Ben’s Beginners™ Cooking Contest page to learn more!

This is a sponsored conversation written by me on behalf of Uncle Ben’s. The opinions and text are all mine.