Did you know that next Tuesday is National Beer Day? 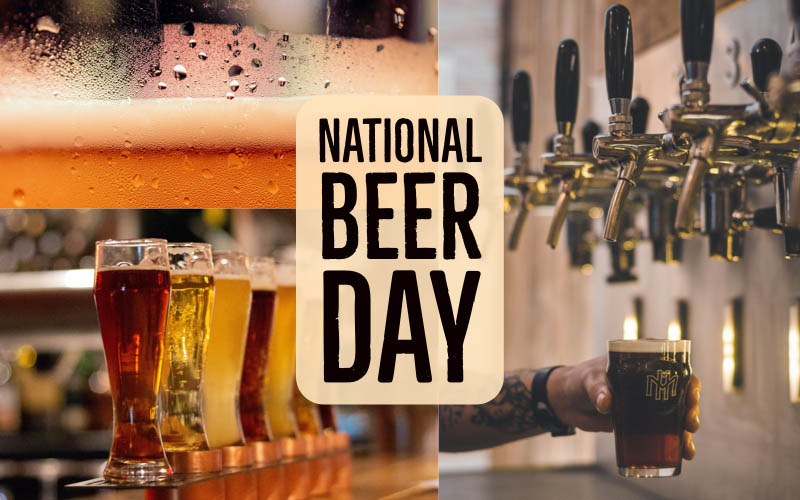 In fact, every year on April 7th, you can celebrate National Beer Day, thanks to dear old Franklin Roosevelt, who made beer drinking legal on April 7th, 1933.  This was a huge step in ending Prohibition, so it should definitely be celebrated!  According to historical records, a whopping 1.5 million barrels of beer were consumed on that date in 1933…which led us to making it a holiday each and every year.

Now, I am not a huge fan of beer.  Maybe I am too much of a girl?  But, that being said, this past year we did a ALOT of traveling outside of the United States.  In case you were unaware, water is oftentimes more expensive to purchase in Europe than beer or wine, so I did try a few different beer options.  One I liked in particular was a cherry beer in Bruges, Belgium.  Bruges is absolutely stunning, like a real life Disney World (and maybe more expensive!).  We settled in for lunch there, at a small pub with windows looking out over town. Meatballs were the specialty, and they did not disappoint! However, it was the Timmermans Kriek Beer that blew me away! A beer that I enjoyed? This was bound to cause all sorts of problems!

A few days later, we had moved on from Belgium to our new apartment in Riga, Latvia.  Such a gorgeous city that feel like a small town, and very clean and friendly.  The city is full of reasonably priced restaurants and pubs, all with stellar foods.  One such pub was the KwakInn, names after the beer, Kwak.  Kwak is served in a very unusual glass – you can see Rusty with it here.  He was a big fan!  I, on the otherhand, found a pear beer that I fell in love with, so every time we went past the little market on the corner, I bought a bottle to have at home in our 4th floor walk-up! 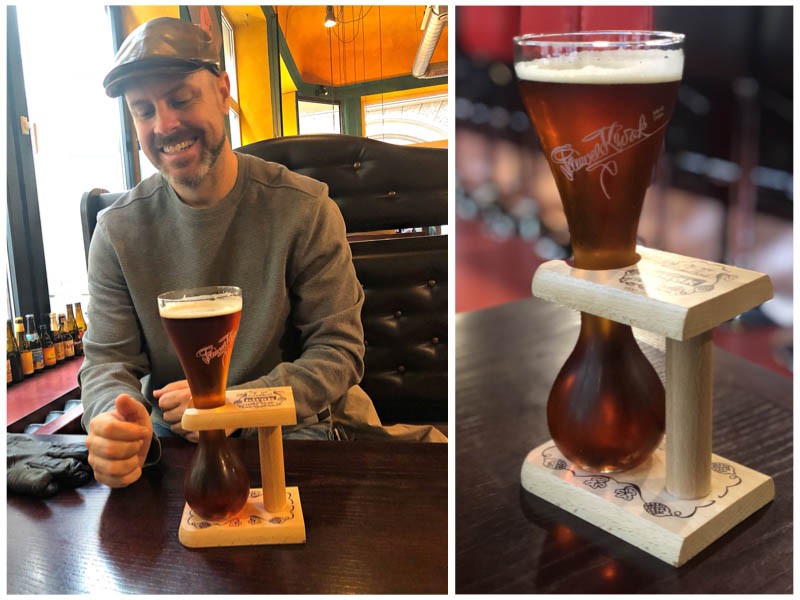 This year, April 7th may be a little different for ALL of us.  Beer is a drink that brings friends together, in bars and at parties, at the bowling alley and at restaurants.  This year, for maybe the first time ever, we are all facing it alone from the comforts of our own homes, quarantined away from our friends and families.  But that doesn’t mean we can’t celebrate!  The liquor stores and groceries are still considered essentials, so, when you are out and about next, drop by and pick up a 6 pack of your favorite brew.  Maybe an import, maybe a local craft brew, maybe something brand new to you – why not?  Then, pile up on the couch with your cellmate (lol!) and Facetime or Skype some friends.  Let’s be creative!  Maybe in a few weeks this will all be a distant memory, and we can get back to life as we knew it.

If not, there’s still beer.