Want to know how the Great Wolf Lodge came about?  Here’s my guess…Sit a group of 9 year olds down. Give them a pack of markers, a bunch of candy, and unlimited guidelines. Tell them to design the ultimate hotel. 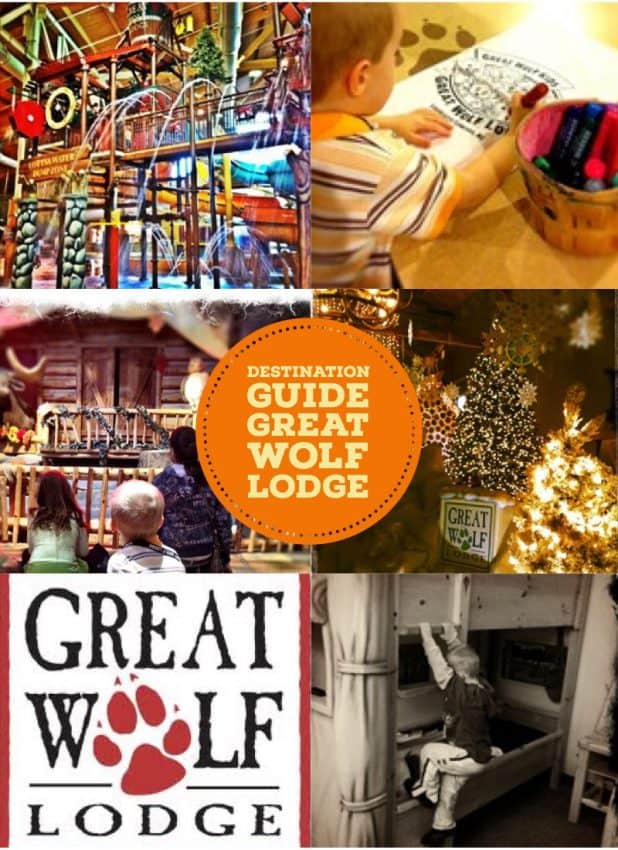 How cool would it be if we could have our own room, away from Mom & Dad?

Oooh, let’s have one of those stores where you make your own animal!

Yeah, like wolves! Lets make there be wolves EVERYWHERE!

I know, I know, let’s have a Scavenger Hunt Hotel, with magic wands and fairies and dragons that do cool stuff when we use our wands on them!

Well, I want a girl spa where I can get my hair fixed and my fingernails painted with glitter. (This from the brave girl in the group.)

Well, I want a WATERPARK! With an ocean pool and super slides and a tree house in it and a slide that you ride a boat in! Plus… put it all INSIDE!

And a Pizza Hut. Or Donuts.

Stories at bedtime! AND, you can wear your pajamas ALL DAY, even to play games.

Games! We need an Arcade! Well, we need a club too. A teenager Club for our brothers and sisters to hang out and dance and stuff, so they leave us alone. And a kids club where we can go and make tee shirts and stuff.

Then give them about a gozillion dollars and an architect, interior designer and wizard, and you end up with Great Wolf Lodge.

Amazing properties for both kids AND adults. The resort offers everything above, but in a classy style that appeals to the people PAYING for it.

Jon, Seven and I headed down to the Great Wolf Lodge in Concord, NC, just outside of Charlotte for a weekend of fun. Seven adores it there, and even thinks it’s HIS hotel. HIS Waterpark. HIS MagiQuest. I guess it is! Our room was a KidKamp Suite, complete with separate bedroom for Seven outfitted in tent style with a bunkbed and his own television. He got a kick out of getting his own room, and especially getting to sleep in the top bunk. Jon and I enjoyed that we had our own space as well, with queen bed and separate sitting area. A mini fridge and microwave were an added bonus, as we could keep a few drinks and snacks at the ready…although we really weren’t in the room all that much!

I happen to LOVE the lobby area. It’s always a lot of fun, what with Story Time at the Tower, Wolf Walks and the giant fireplace, but in December, it becomes full on Snowland. Three times a day is SNOWS IN THE LOBBY. Snows. In the Lobby. it’s magical, and everyone flocks there to watch. Loads of Christmas trees are decorated and surround the sitting areas, Santa has his own little nook, and there is a lifesized Gingerbread House. You read that right – lifesized. You can opt to pay a little extra in the restaurant (which goes to a charity) and DINE in the gingerbread house. How cool is that? It was really impressive. Most people didn’t have any idea it was real gingerbread…in fact, I had to verify it for myself!

Right above the Lobby is where the excitement of MagiQuest begins. Three floors of magic wands, fairies and dragons lure your little Magi on quests and adventures we only dreamed about as kids. Think Goonies, but without the pirates and danger. Their wands have computer chips that keep track of what they need to complete different quests, be it a collection of gems, or coins gathered from treasure chests, or spells contained in one of the many Spell Books. it’s a hoot for adults and kids alike, and this go round, we finished EVERY QUEST and ADVENTURE available…no small feat! When not on a quest, we were in the waterpark, located on the ground floor. One word – Wow. Incredible slides, wave pool, frog ponds, treehouses outfitted with giant buckets and waterguns – unending entertainment! Want to stay all day? Rent a cabana inside the park, and have your own getaway within a getaway – there are even televisions in the cabanas! One of my favorite things about Great Wolf is the nightly storytime at The Tower, where a staff member comes out and reads a book to the kids with the help of Wiley the Wolf, or a Reindeer at Christmas. Practically every kid on the hotel is there, cuddled up in PJs, ready for the story and to meet the larger than life character. Seven sits at attention (so unlike him!) and take in every word. Love it! Still need something to do? Head over to the Cub Club for crafts, like making a tee shirt, a pillowcase, or piece of pottery, just color a picture, or, at this time of year – write a letter to Santa! If your kids are older, they’ll love the arcade, full of ticket games, crane games, skeeball, and of course, all the best in video games! Seven loves the crane games, but really gets a kick out of trading in his tickets for prizes at the end of the weekend. I’ll admit – so do I. I’m an arcade freak.

If you have the chance, I highly recommend a trip to a Great Wolf Lodge. There are several around the US, and hopefully, one is near you. I feel thrilled to have found one within 3 hours of us – it’s the perfect distance for an easy weekend getaway. Check their website for specials – Kids Eat Free thru March, plus, most resorts are offering 20% rooms booked by January 20. Take a look!