The Fight Against Hunger

This is a Sponsored post written by me on behalf of Walmart. All opinions are 100% mine.

Yesterday at dinner, I swear, I had to nearly force feed my child. It’s like this a lot…he’s five. Other things grab his attention – the television. The dogs. The clouds. The grain of the table. Anything, really. But instead of fussing at him (as I usually do), I took a breath, thought a moment, and addressed him as a small adult.

We talked about truly hungry families.

Of course, he’s never known true hunger. Nor have I , for that matter. Sure, I’ve really wanted a candy bar at 2am once or twice, but TRUE hunger? Not knowing where my next meal would come from, or IF it would come? I’ve never had to experience that.

So I explained to him that some mommies and daddies don’t have jobs that pay them enough money to buy the foods that we are lucky enough to eat, and that some little kids have to go to bed very hungry, with growling bellies.

He offered to give me his food to give them. I kind of knew he would.

I told him we could help though, in our own way, since we couldn’t very well box up his leftover truffle pasta for a hungry neighborhood kindergartner. We could go online as part of Walmart’s Fighting Hunger Together initiative, and vote for a local food bank in order to help them receive money that would go towards providing meals for hungry families in our area. So he ate his dinner, and off to his laptop we went to vote.

He seemed so pleased with himself.

If you’ve not spoken to your own kids about hunger and how it affects people in your area, or possibly even people you know, you should. And now is the time to do it.

Walmart is working with Feeding America and ten of the most recognizable food companies in America this spring to launch the third chapter of the Fighting Hunger Together initiative, which this time will focus on reducing hunger across the nation. According to the USDA, more than 50 million Americans live in food insecure households, and more than 16 million of those impacted are children.

The Fighting Hunger Together initiative will deliver $3 million in grants for hunger programs and generate millions of meals for local Feeding America food banks and their partner agencies across the U.S. between April 1 and April 30. Consumers can visit www.walmart.com/hunger to join the fight against hunger in two ways: 1. By going online, Americans have the opportunity to join the fight against hunger and help distribute grants to local communities across the country. 2. By volunteering at a local hunger relief organization. 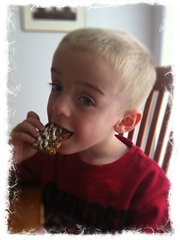 Vote and volunteer to fight hunger this spring with Walmart and cast one vote per day for Feeding America food bank or their partner agency in local communities across the country. The 100 winning food banks or partner agencies will share $3 million in grants to fund hunger relief programs, and will be announced in May. Volunteer – Pledge to volunteer at your local hunger relief organization by visiting www.walmart.com/hunger. Fighting Hunger Together is important!

Why are YOU voting and volunteering against hunger? Is there a special reason? Do you know a family, or have you personally ever been affected by hunger? I’d love you to share your story with us. So please, share!