One of the restaurants I was invited to dine in served us several cuts of meat that had been sous vide.  Surprisingly, I do know what sous vide is, despite being from the sticks, but, knowing what it is and actually doing it are two different things.

So…I was inspired, and knew I needed to create.  I didn’t want to start with something extravagant (who knows, I could fail, right??) so after a trip to the grocery store I opted for London Broil.  Now yes, I do know that London Broil isn’t a cut of meat, it’s a way of preparing that cut of meat.  But you know what?  The butcher labeled it London Broil and so sue me, that’s what I am calling it. 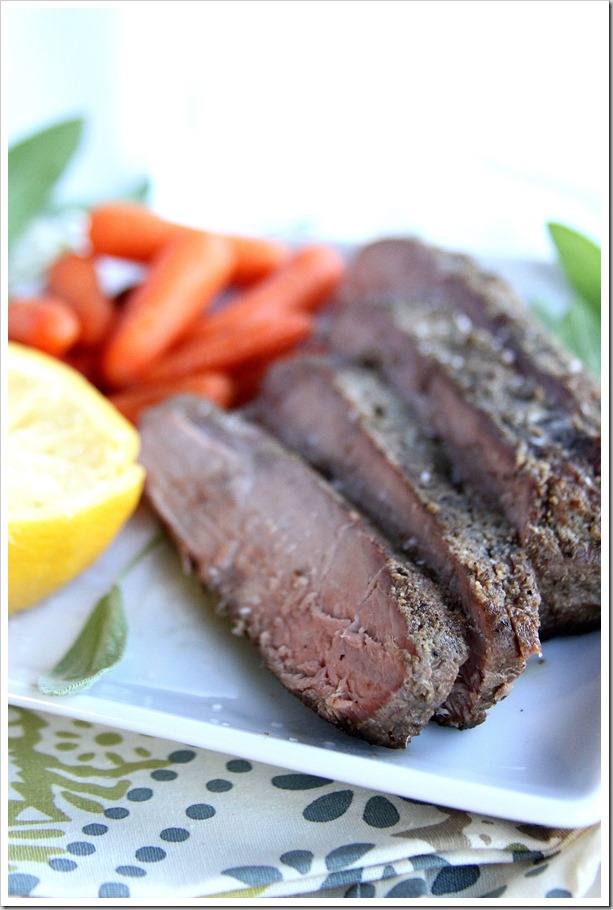 Thanks to the help of my chef friend Mike (also amazing, which I am allowed to say because I only have amazing friends), I got a crash course in the art of sous vide.  Season the meat, seal the meat, throw the meat in the machine, leave it alone for 36 hours. 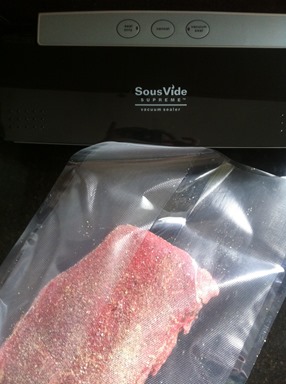 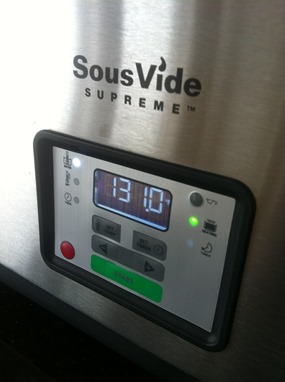 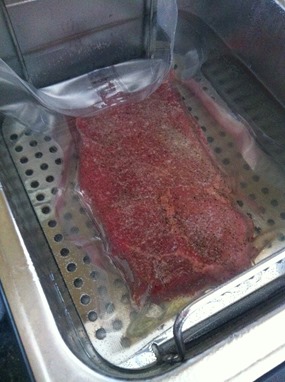 I mean, other than the excruciating wait and planning ahead 36 hours, it was the easiest thing ever.  Like a gourmet crockpot that takes a day and a half.

But sous vide sounds so much fancier than crock pot.

And tastes so much better, too.  The meat came out incredibly tender (as expected after cooking in 131 degree water for that long), and though we simply sliced it and ate it, it would have been perfect if sliced thin and layered on a nice pretzel bun or croissant.

Too bad we ate it all in one sitting. 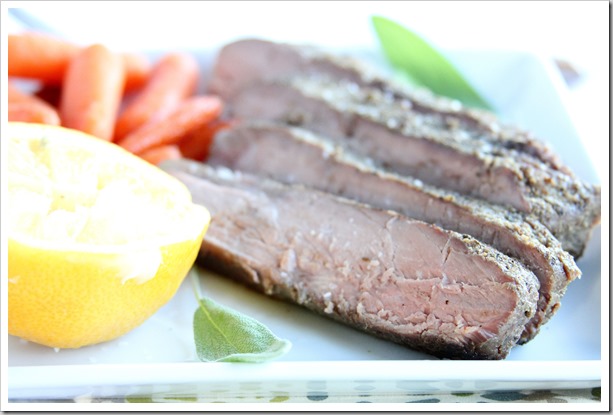 So what shall I sous vide next?  Anyone have a recommendation?  Have a recipe I should try?  Point me in the right direction!

Disclaimer: I was supplied a Sous Vide Supreme to use in the creation of this and future recipes.  All thoughts an opinions are my own.