Countdown to the Unknown

I’ve been trying for weeks to think of exactly what to say. It’s hard, you know, to put into words something that both scares you and excites you, something that you can hardly stand waiting on, but at the same time wring your hands about.

When I think of someone wringing their hands, I picture my Aunt Sylvia, standing on her front stoop, watching me squeal on my Big Wheel. I was riding headfirst down the Everest of a hill in the front of her house, a three year old Evel Kneivel in the making as my blonde ponytail swished and swayed on it’s way to the main highway. She’s a worrier, Sylvia. Of course, before I hit the asphalt, I hit the ditch, saved. I didn’t die. In fact, I can’t say if I was even injured. No one recounts that part of the story as they retell it from time to time, only that I was surely bound for a world of hurt.

While I don’t remember that actual day, playing in her yard, peddling my Big Wheel on a hill that no Big Wheel should be played upon (hey, it was the seventies), I find myself feeling that same squirmy belly feeling now. A metaphorical toddler ready to plunge into something I know so little about, yet my feet are up, ready to ride, hair blown back.

Not just Texas. Not just Virginia. America. We are selling our house, packing our things, and over the next four months, moving our lives abroad. Instead of a daring leap into the deep end of the pool, we are taking it a little slower, renting our house to our very good friend until January. Our first leg of the journey is to Thailand, next week, in fact. After that, a quick stay here in Texas, then Virginia, before moving east to Morocco for some time, followed by a long cruise through the Mediterranean. Holidays we will regroup in the States, before heading back to Thailand, Pattaya, more specifically, which will become Home, or at least home for 5-6 months out of each year. The rest of the months we will spend traveling, or staying with family. Mostly, though, traveling…it’s an awfully big world out there. 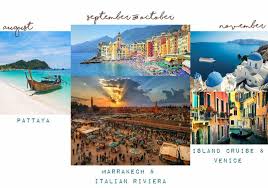 Should I be wringing my hands? Or tightening my ponytail?

Truth is, I’m not really worried.

My husband, Rusty, well, he’s got the same lust for travel as I do. Before we met, he took himself on adventures of his own, from living for some time in Argentina, to cruising to Antarctica, to nearly staying in Sydney versus returning to America. I’m no stranger to travel either, I’ve been to over 30 countries myself. Together, we’ve collectively been to every continent, which is rather unique for a couple our age. So, I’m not worried about my traveling companion. I have a great one.

I think what makes me the most uncomfortable is what OTHER people will think. The grown woman in me tells me it’s no one else’s business. That I shouldn’t care what anyone else thinks. But I wonder. My parents. Rusty’s parents. Are they disappointed in us? Do they think we are making a mistake, leaving everything we know, risking our money, on a whirlwind globe trot? Is that what people think? Will readers that stumble across our journey assume we are rich, entitled, (we are neither, let me assure you) and that what we are doing is only for the most fortunate, and not for “real people”? Will our families think that by selling our too big house now, in order to see the world, and purchase a smaller house down the road be a symbol of failure?

These are the things I worry about.

Am I worried about downsizing into a smaller house?

Not at all. I do not need this 3100 square foot house. Four Bedrooms, a study (really?) and a dining room we never use? Just because we CAN afford it doesn’t mean we SHOULD. The truth is, we use the kitchen, the bedroom, and the bathroom. When Seven is here, his room gets used. That’s it. So, we toured a few tiny homes a few weeks ago, and are seriously considering one next summer. There’s a Tiny House Convention in Austin next month, and we are going to go see if we can’t find a builder to help us out. We’ve got enough to purchase a Tiny, plus a truck to haul it, once we sell the big house. That would leave us with no mortgage, and no mortgage means MORE TRAVEL. Of course, Seven, being a kid, loved the Tiny idea. But in a way, don’t we all? Don’t SO many of us see the beauty in living simply, being free?

Before last year, I’m not sure I could have done it. Moving into something so small without ALL OF THE THINGS would have been too hard I think. But let me tell you…I have learned things are mostly just THINGS. The hurricane last summer drove that into me. Do I NEED 22 pair of yoga pants? 76 pairs of shoes? 6 Raincoats? I don’t even go out in the rain. The answer is no. The things I need are my people. A few things to wear. Some cooking items. Need, once you have been forced to choose, fits in a backpack.

Am I worried about money?

Not really. Maybe I SHOULD be, but I’m not. We didn’t jump into this idea overnight, exactly…we pondered on it for just over a year.

Last May, on a car trip to Galveston, we hashed out a plan to make all the money we could for a year. We would work extra jobs, extra hours. We would invest as much as we could, and hope for big returns. When we got back from Galveston, we stayed up for several nights writing the plan out, line by line. That plan was to travel as much as possible. Two or three months gone at a time, work here in between trips. Keep our house. We figured if we did that, we could travel a full year before settling back down. It was a great plan, we thought.

Then the hurricane hit. 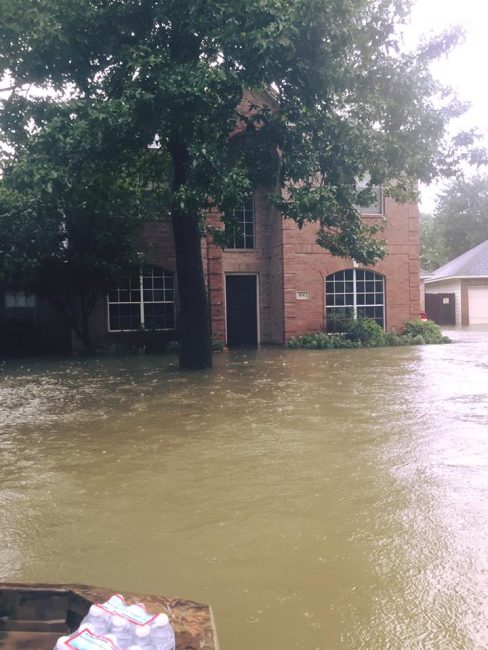 We were rescued during the flooding by a boat at our front door. Two days later, we came home to a devastated house in a devastated neighborhood. We wiped out our savings, as normal home owners insurance doesn’t cover flooding. Friends and family and strangers helped us out like you can’t imagine, with endless work and countless checks. We were exhausted, mentally, physically, and monetarily for months. But through it all, Rusty worked his jobs, every job he could get, and I worked on our house, tiling and flooring and doing anything I could to keep the repairs happening for the least amount of money. That meant bruised knees and lots of Epsom salt baths, but we got it done. The house is better than ever.

After the holidays, we started padding the savings account again. We were very fortunate…Rusty had been renting out the townhouse he owned before we got married, and the friends renting it decided to move. So, he sold it, quicker than we thought, and a nice bump went into savings. It was about that time that we stumbled onto Thailand.

I wish I could tell you HOW it happened. Or WHY. But the truth is, I don’t recall. I only remember sitting here at the kitchen table, searching the internet, when condos in Pattaya came into view.

A condo, in Pattaya? Neither of us have ever been to Pattaya. We’ve both been to Bangkok, and I have been to Phuket and PhangNga and Phi Phi. But never Pattaya. I did a little research, and knew already that it was a touristy hotspot. Lots of new development, a Western attitude, full of Brits and Aussies. And there was a brand new condo development being built that would allow us a year to finance an apartment that costs about what people pay for a new SUV. 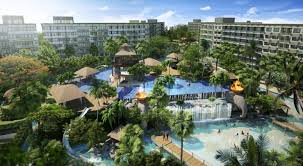 Last month, Rusty sent the last bank transfer, and has it paid off early, so next week, we get the keys. We have to furnish it a bit, get towels and plates and all the things one needs in a home. But it’s small…quite small…but big enough for at least Rusty, Seven and I to spend time in. It’s only a few yards to Jomtein Beach, and has what may as well be a waterpark onsite. Hopefully it will be everything the photos we have seen make it out to be…and I think it will be. We are excited to see it, to get there, to begin this new life.

I want so much for Seven to see the world, and having a home in Asia HAS to be a good start for a ten year old, I would think. I also want for Rusty to be able to just live, to not drag himself to work non-stop. I want to see him in sunglasses on our rooftop deck, looking out towards the ocean, getting a tan, knowing that’s all he has to do today. He’s worked so hard, and made so many sacrifices for us. I hope this will be the reward he deserves. 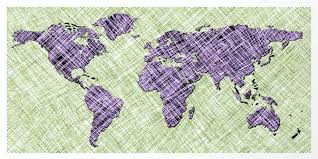 As for money, we do have a decent amount saved. In fact, we have enough to be gone for 3 years, if we want, assuming we make zero dollars between now and then. That’s not what we want, however, as we would come back to the States with no money at all. We want to keep working, remotely, and have a few ways we are doing that. I still have blog income, and our investments in stocks are still paying pretty well. Rusty has also invested a bit with some friends in a new venture…we have hopes that will work out for everyone, too. That being said, we will always be on the lookout for new ways to earn money, and hopefully, we will maintain an even keel. We have put aside the money we need to finance our next year. Everything we make between now and then will go to finance the next leg. We will just keep repeating this until we drop below the savings threshold we want, or, we get homesick. I guess it could happen, but as of now, we just don’t think it will.

So that’s where I am.

Nearly homeless (in America), but excited about it. I keep reading about how life is too short. I read stories on people who wait until they can afford it, or until they have time…but the time never comes. Money gets too short or medical reasons, or just the fact that getting older gets in the way of all the things you wanted to do. We can do this NOW. We have just enough money, and still have good health. We can go. We can see everything out there we hope to see. We can share it with my son, we can share it with anyone who wants to follow along.

I guess we will find out.