As part of our honeymoon back in 2016, Rust and I spent 4 days here in Budapest. It was a beautiful city, though frigid in early December, and honestly, other than a few strolls to the Christmas Market, we just didn’t do much.
That was my fault.

You see, at the time, I had an abscessed tooth, but all I knew is, I had a toothache and headache that wouldn’t stop. I tried to do as much as I could, because hello, we were on our honeymoon, but with the cold temperatures and a throbbing jaw, I pretty much failed us in the tourist department. 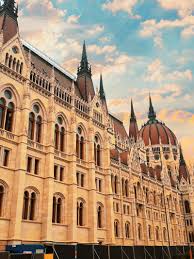 Budapest, after 3 weeks in Marrakech, where every day meant hassle and chaos, has been a huge breath of fresh air. I am extremely grateful that it was Rusty who suggested we cut our losses in Morocco, and go over our budget in order to escape. I am also grateful that we ran into a couple of Hungarian girls on our trip into the Atlas Mountains, as they are the ones who inspired us to consider flying into Budapest. Until we met them, I had no idea the tickets from Marrakech to Budapest would be the least expensive option for our way out of Africa. A mere $32 each, plus a few extra bucks for luggage and better seats, put us at under $100 to flee the sand and souks and land us in Eastern Europe. 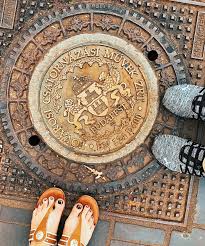 Rusty was in charge of finding us a place to stay here, and he did a great job. We are in a large studio apartment, with a comfortable loft. Our kitchen is large, we have a washing machine (now all of our clothes from the desert are clean and free of sand!), and the location is fantastic. We are right in the heart of Pest, a short walk from the Danube, and in a district that is full of delicious restaurants, gelaterias, cafes, and pubs.

Downstairs and to our right is an amazing Burger Bar, where we had the most creative burgers I’ve ever tried, and further down is one of the largest and most famous Ruin Bars of Budapest. Less than a mile from here are inspired restaurants that have meals to challenge some of the best I’ve had anywhere in the world. So, I’m not sure he could have done any better. The best news? He negotiated us a rate of only $360 for 8 nights, including taxes.

That helped with our budget, for sure. 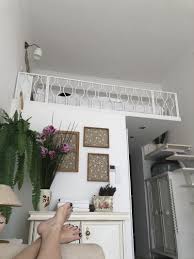 Of course, we are still over our proposed spending limit, as we already had travel (our flights, trains, etc.) booked, and even though we made it to Budapest for under $100, we still have to get to Italy where our cruise will leave in 2 weeks.

A couple of days ago, we secured train tickets that will take us to Vienna tomorrow, allowing us about 4-5 hours to quickly take in a few sites and hopefully enjoy some schnitzel, before reboarding our train for an overnight jaunt to Florence. We booked a double bedroom, with private bath, adding to the budget once again. But, the romantic notion of European trains tends to always win me over. Besides that, the train fare alone was roughly $350 from here to Florence if we had opted to travel by day, but adding the sleeper car added about $100. It also saved us a hotel room night, so all in all, it wasn’t a huge splurge.

But back to Budapest. 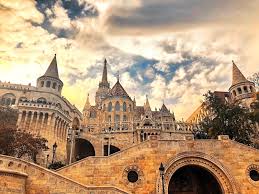 It’s been an extremely fast week here, and to be honest, it feels like only a couple of days. We certainly logged a lot of miles – sometimes over 7 miles a day, but each step has been worth it. We’ve scaled the hills of the Buda side of the city more than once, climbing up to the Buda Castle, and to Saint Matthias Church and the Fisherman’s Bastion. We strolled along the Danube, which is perfectly blue, taking in the gorgeous Parliament building, the Chain Bridge, and the sobering Shoes on the Danube sculptures. We have sampled plenty of gelato (only a dollar a scoop!), had cappuccino in cafes that offer views onto impeccable squares, shopped in antiques stores, rode the public metro trains, and finally, had Hungarian Goulash. And of course, we couldn’t leave town without soaking in the healing waters of the thermal baths this city is known for. 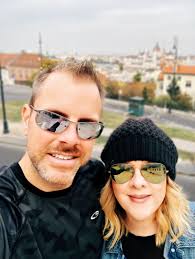 It’s been wonderful. Yes, all of the activities have been fun, and I love that we got to experience them…but just the fact that we are here, where we can wander about freely, and safely, has been the best part. I’ve never once felt the least bit unsafe. I am not the only blonde, and no one has yet to tell me I am going the wrong way.