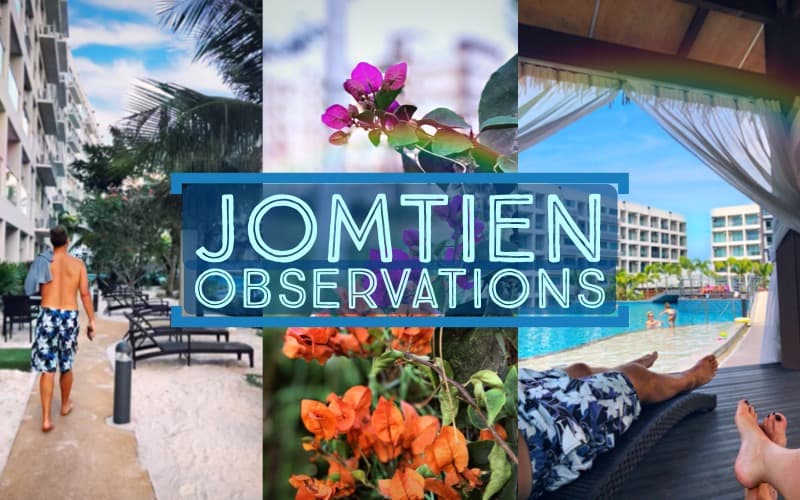 We’ve now been in Jomtien for exactly 4 weeks.

I guess I should start being more specific, which is why I said Jomtien this time, versus Pattaya. We live in Jomtien, which is a southern beach town portion of Pattaya.  The actual town of Pattaya is about 3 miles away, much more crowded, and a place we rarely go.  So far this month, we’ve gone twice.  That was enough.
Not that it’s bad up there, mind you. It’s just more touristy.  A couple of western shopping malls (seriously, one of them puts most in America to shame), overpriced chain restaurants, like the Sizzler and Pizza Hut, and then the grocery stores.  That’s what takes us up there for the most part- the big grocery.
Down here in Jomtien, we are able to pick up almost everything we need from the open air market and the 7-11.  Before you get crazy on me, yes, I do mean the 7-11 you are thinking of. But here, there are at least 12 within a mile of our apartment, and they are more like a mini-mart.  The prices are low, they offer practically anything you can imagine, and everyone shops there.  Especially the 7-11 on Second Road, by Rompho Market.  It is packed every single time we go there, despite there being another one almost directly across the street.
I still haven’t figured that out, but, I remain a part of the overcrowding problem as I, too prefer this 7-11.  I don’t know why. It’s the exact same, best I can tell. 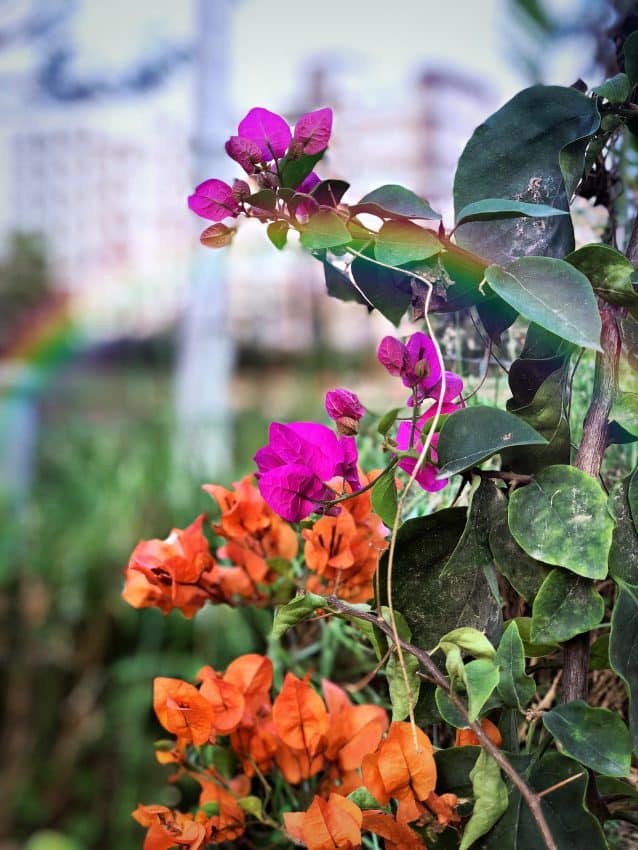 Since we’ve been here, I’ve taken notice of lots of things.  That crowded 7-11 for example.  Another thing?  Shoes.
Shoes shoes.  Have I been wearing shoes incorrectly my whole life?  I first noticed this phenomenon in Morocco, but chalked it up to perhaps people were just wearing shoes that were too small there because they were lucky to find shoes at all.  But now I’m here, surrounded by people on vacation, mostly Russians, wearing shoes that their heels hang off the back of.  By at least half an inch. Slides, usually, or flip flops. But heels hanging way off the back.  The Chinese tourists are just as bad.
Is this the way it’s supposed to be??  Am I supposed to be hanging off my shoes?
I noticed last night that the girl cutting Rust’s hair had the most ill-fitting shoes ever. Big wooden high heeled slides, and her purple toenails hung WAY over the front. Her toes literally curled over the shoes, shoved in these tiny platforms. Cutting hair. On her feet, all day. Why??  Mustn’t that hurt?
Do I buy my shoes too big? They’re comfortable. They’re nines. Maybe I’m really a seven?? I just don’t think that’s the way it works.  Anyone?
Other things that are small? 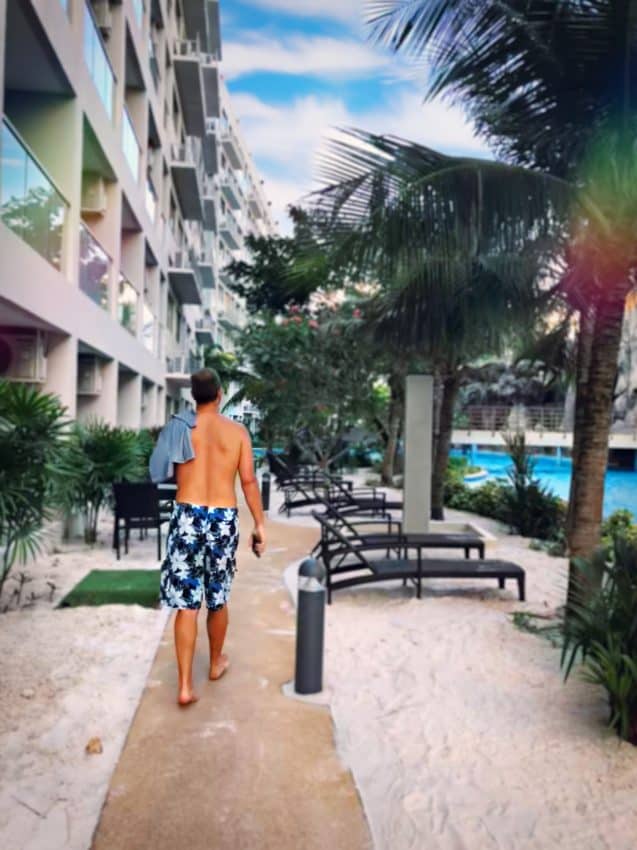 Russian women.
Our resort is home to a huge population of Russian tourists, all apparently taking turns here via timeshares. Most seem to be staying 1-2 weeks. They always come with kids in tow, ages 1-4.  The mothers appear to be 19-24, showing no signs of post-partum bellies, killing their barely there bikinis and hip tattoos.  Their mates? The husbands? I gather they eat all the available foods, growing their vodka guts daily, and donning the most hideous knock-off Speedos available to purchase in their cold country. Most of these men are much older, with boobs bigger than mine, and swimsuits way smaller than mine.  We see more barely covered packages around the pool here than I’ve seen in my entire life.  One man, the other day? Not only was his little suit too thin, it was also baggy, and wet, and he was probably 250, and the hairiest man around.
It was hard not to stare.  Sometimes I think about taking photos for you, but then I think of how un-Buddhist like that would be, so I think better of it and just put my phone down.  I’m not Buddhist, but still. Let’s just leave it at that. 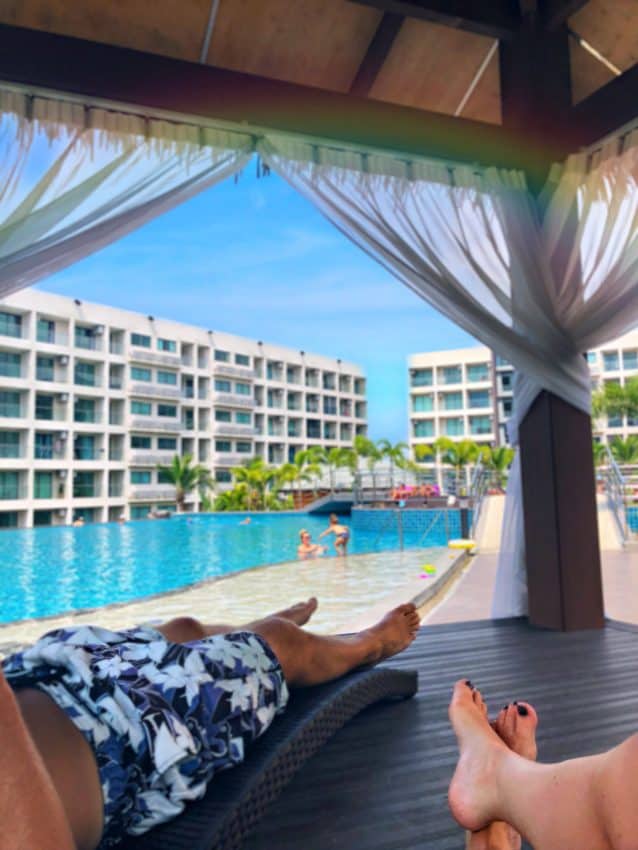 Moving on…
Someone asked me the other day if we notice many women and children in the sex-industry here. Well, this IS Thailand, and we are in Pattaya. This region is known for its Thai escorts and Lady Boys. Yes, we see many, many white men escorted by tiny Thai women, all day, everyday.  They are holding hands on Beach Road, they are eating breakfasts at Back Fabrik at tables near ours. They are getting massages, having dinner, shopping. It is rampant but it is also not something that screams prostitution.  They just look like couples.  It’s not like they’re all over each other or making out. It’s nothing lewd or unusual. From the looks of it, no one is forcing these women to be in this profession…it’s just not frowned upon here.  We have yet to go to Walking Street at night, to see all of the sex shows and window girls. We plan to, because everyone does, but we’ve just not gone. It’s just not something we’ve felt a rush to go see. As for kids, have I noticed children involved? No I haven’t.  To be honest, we rarely see many children, other than those here at the apartment.
So there’s that.
Any other questions from anyone?  I’m happy to answer!  Just let me know!

Spread the love
A Utopian in Pattaya $100 Challenge