So, who is doughmesstic, anyway? 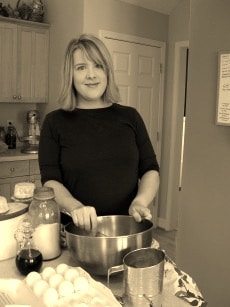 I’m Susan Whetzel. I am a wife to Jon, the perfect husband, even when he says or does dumbass things…which is kind of often but typically endearing. Not sure how he manages that. We have a home in Virginia, in a small town in the mountains. We’ll never leave, I imagine. It’s where I was born…hard to see myself anywhere but here. We’ve been married for almost 10 years now, and together since 1992. I know, I know. That makes me…old. Old-ish, anyway. I’m 34, in case you like to know those kinds of things. Somedays I feel older. Somedays, I wonder how I could possibly be in my thirties. I guess we’re all that way to an extent. It’s life.

Jon and I have a Travel Bug – we love seeing the world. We’ve had a wild ride: Italy, Kenya, Belize, Indonesia, Egypt, Thailand, Malaysia, Germany, France, Morocco, Ireland, Greece, Turkey…lots of others. Over 30. I think it has changed us in ways that are hard to explain…for example “poor” takes on a new picture when comparing how poor I feel sometimes to the “poor” little girl digging for change in my pockets in a remote section of Bali, or the “poor” family living in a house made of roadsigns in Mombasa. So, these travels have helped make me who I am. I hope it has made me more empassioned. More humble. More aware. I hope. 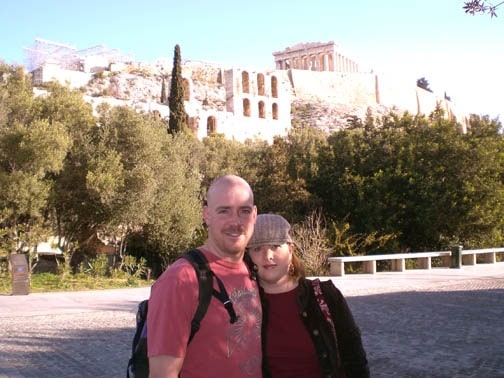 I am also a new mom…I have a 2 year old named Seven. Yes, his name really is Seven and NO, we did not name him that after the Seinfeld episode. I get asked that a lot. Truth be told, there are lots of reasons we named him that, but the main one is that we were infertiles. Infertiles that were told in December of 2006 that there was very little chance for us to have a baby, and that despite all of our fertility treatments, no one was getting born any time soon on our watch. So we went to Europe on a cruise for our 7th anniversary a month later, and while in Rome, the City of Seven Hills, after a stop in Cairo to see the only remaining 7th Wonder of the World, I found out in the Ospedale San Giacomo that I was pregnant. Seven weeks pregnant on my 7th Anniversary. So, our lucky little Seven was born almost 7 months to the day later, and here we are. Now you know. 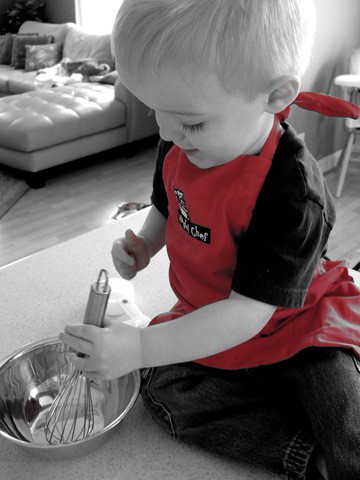 I started this blog when Seven was about 8 months old. I decided to be a Stay At Home Mom (even though I own a store, I am fortunate enough that my family is involved in it and it requires little of my physical time), and time at home was getting to be, well, a bit boring. I figured if I am going to be a SAHM, I am going to make it my JOB. I needed to learn to clean house. Do laundry. Cook. Bake. Keep a nice little Ozzie and Harriet thing going on for my working man. Trouble was, I didn’t cook. At all. We ordered food a lot. We ate out at restaurants. What I did cook came from boxes in our freezer. No, no, Harriet could not do this to Ozzie. Thank God for the internet.

I fell into the land of Food Blogging. I decided if other people could do it, so could I. I started simple – Pies. Cupcakes. Some cookies. I got my feet wet and kept on wading. A month or two later, I was involved in both Tuesdays With Dorie and The Daring Bakers, groups that motivated me to try everything with no fear. It’s food…what’s the worst thing that could happen? I burn it? It flops? No big deal – but I found myself succeeding more than failing. I made friends in these gr

oups, and these friends led me to more friends…all inspirations to me in one way or another. 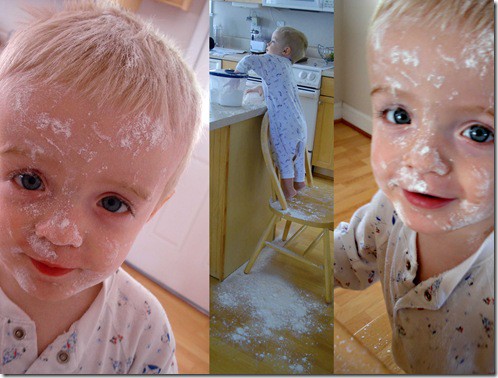 What you should expect to find here is me being honest with you. I am NOT a gourmet. But there is no recipe that scares me…and I think everyone should have that mentality. If I, the novice, can do it – so can you. If I screw something up, you’ll know about it. I think it’s important that I am honest with you…so don’t expect to see all sunshine and rainbows.

Thanks to this Blog and the experience it has given me over the past year and a half, I have worked for a Cafe as their baker. I’ve been featured in Taste of Home Magazine, and a featured Cook on Betty Crocker. I’ve won a cake decorating competition, a Pie Baking Competition, even a Cupcake Competition.

I have become a cake decorator and sell cakes for birthdays, weddings and parties. I have opened my own small catering business and have had success with it. I have started selling custom cookies online, and even opened an Etsy Store. I have ads on my site, and these ads help pay my bills. It’s been a very positive experience for me, and I can’t recommend it enough to anyone on the fence about becoming a blogger themselves. This all happened in 18 months. I only wish I had found my calling years ago. 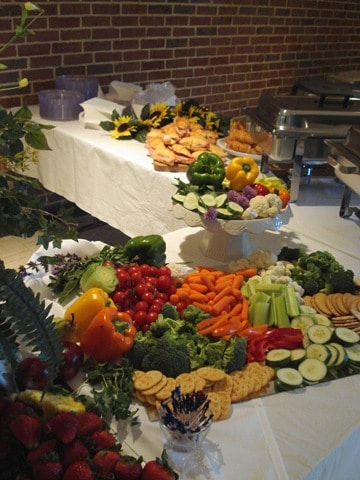 So that’s me. Now…who are you? Clue me in. You can email me at Susan AT Doughmesstic Dot com. I’d love to hear from you!

From time to time, you will see Reviews and Giveaways on my site. These are most often provided to me by the company for free, and you should know that, and just to be sure, I will let you know in the post that it was a gift. I do not give positive reviews just because they supply me with a product. If I like it, you’ll know about it. If I don’t, you’ll know that, too. If you are interested in this site doing a review of one of your products, please send an email to Reviews AT doughmesstic DOT com. If you are interested in an advertising banner on my sidebar, please email me at the same address for rates/counts/stats. Currently, I am accepting product reviews that pertain to Cooking/Kitchen and Mommy/Toddlers. Books and Music are also acceptable.