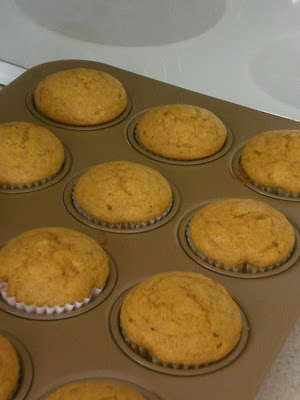 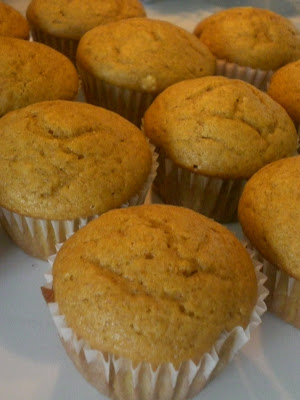 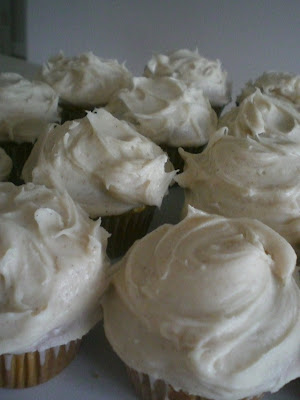 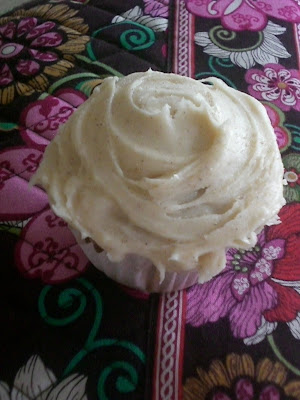 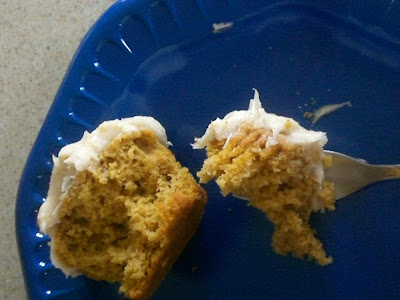 Okay. I gave in to the Hollywood hype…Sprinkles Cupcakes. It appears that Oprah, Tom, Katie, Posh, Becks and all those other over paid celebs out in the big CA love paying too much for cupcakes. Posh doesn’t even eat hers, apparantly, she’s too good to put anything sugar based in her system. But anyway, the world seems to be caught up in the Sprinkles cupcake craze and so I had to see if I could recreate a $3 cupcake using a from scratch recipe and Sprinkles very own icing recipe. I ended up making Pumpkin Cupcakes and the Sprinkles Cinnamon Cream Cheese Icing. A GREAT combination. Why did I never think of adding cinnamon to cream cheese? These cupcakes are so yummy – not heavy – not too sweet like a chocolate cupcake would be – but the icing really is exquisite. Oh Lord. I had enough batter to make 16 cupcakes and enough icing to ice at least 20, but I put all of it on the 16 – YUM-O. Can’t have too much of that stuff.
Can the Sprinkles variety be any better? I haven’t tried the original, but I somehow doubt it. Besides, for $3, I made 16. Oprah only gets ONE for that price. Hollywood.
The Recipes? Well, again, I used recipezaar for the cupcakes, recipe #258848. The icing is straight from Sprinkles, I take no credit for that whatsoever. But here you go, this’ll save you $3. Good Luck!

Ingredients
8 ounces cold cream cheese
1/2 cup unsalted butter
1/8 teaspoon salt
1/2 teaspoon cinnamon
3 3/4 cups confectioners’ sugar
1/2 teaspoon vanilla
milk (add in 1 tsp. increments at the end only if needed)
Directions
1Using the flat beater in your electric mixer, beat cream cheese, butter, salt, and cinnamon on medium low speed until smooth and creamy (approx. 2-3 mins).
2Reduce speed to low and gradually add the confectioners sugar, beating until incorporated.
3Add the vanilla and beat just until mixed.
4Do not overbeat or the frosting will incorporate too much air (it should be creamy and dense like ice cream).
5Add milk (1 teaspoon at a time) if frosting is not a spreadable consistency.