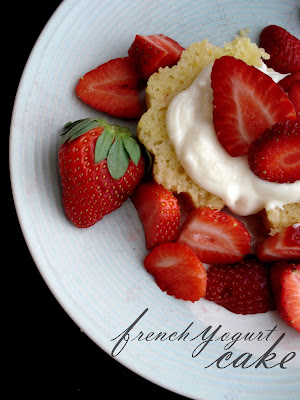 Can you believe it’s Tuesday again already??
This week, Liliana of My Cookbook Addiction chose the French Yogurt Cake with Marmalade Glaze on pages 224-225 for us to try. It was easy! I was shocked. Anything with the word French in it frightens me a bit. The French, you know, those women spend like, a month’s salary on a pair of stilletto boots, and then proceed to walk around in them on cobblestone…. While talking on their cells, simultaneously smoking a cigarette, window shopping for lingerie and avoiding dog accidents. It’s amazing. And yet, this French cake was simple. Hmmm. Maybe these same women spent all of their formative years learning to walk in high heels and left the baking to Pierre Herme. That must be it. 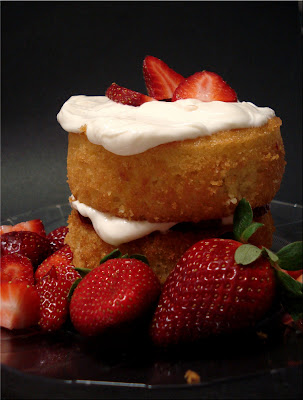 Dorie mentioned that this cake is often the recipe used by the French for making Birthday cakes, so in that vein, I made mine 2 ways. First, I made a layer cake by using small 4 inch rounds. The other method was to use that stupid Fluted Tube Pan from The Pampered Chef that I have yet to be successful with. Why do I keep using it? I should have kept the freaking instructions. I must be doing something wrong as I haven’t once had a cake actually flute all the way around. Whatever. It tasted really good. 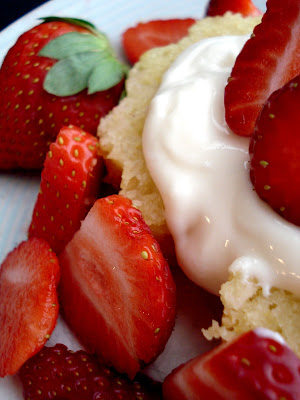 Now, because I tend to use what I have available instead of making that run to the store, I made the following substitutions: Orange Zest instead of Lemon Zest. I also added the juice from half of the orange and used Seven’s Vanilla flavored yogurt instead of plain. It was the perfect amount. So sue me. Vanilla is almost plain. Plain-ish. And I figured it would be more appropriate than Strawberry Cheesecake or Key Lime flavored, though you and I both know that one of those flavors would have been used had the Vanilla not been in the fridge.
Glaze? No. I went with the icing option. I whipped up some cream cheese with the juice from the other half of the orange, some regular sugar, and a splash of vanilla. Oh it was good. I tossed some strawberries on it and had a really nice dessert. Kind of like a strawberry shortcake, but a little orangy. Yum. I will be making this again in the summer to have with ice cream or the icing again…just a really great recipe to add to your collection. Very versatile…and that’s niiiice. 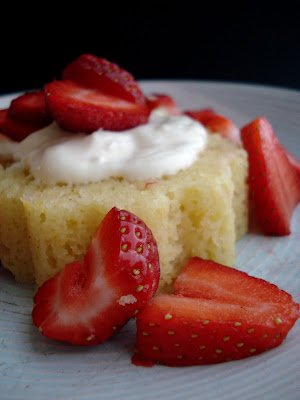 I’m sure that the other Dorie-gangers came up with lots of great versions of this cake, so take some time and check them out. You’ll be pleasantly surprised!
Oh, and if you haven’t already entered to win the Emile Henry Pie Dish – go back and read this post…who doesn’t want a free Pie Dish??