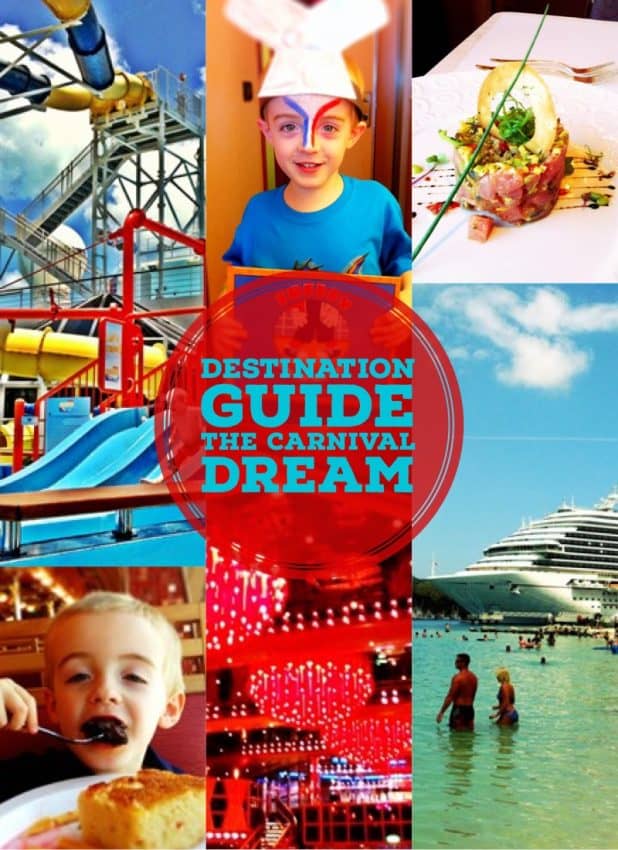 A few weeks ago, I wrote a post from the pool deck of the Carnival Dream. You may remember this post, or, you may be new here and didn’t know I am a spoiled brat. You see, I was hosted by Carnival to experience the Dream with my family, and what an experience it was.

We had a ball. 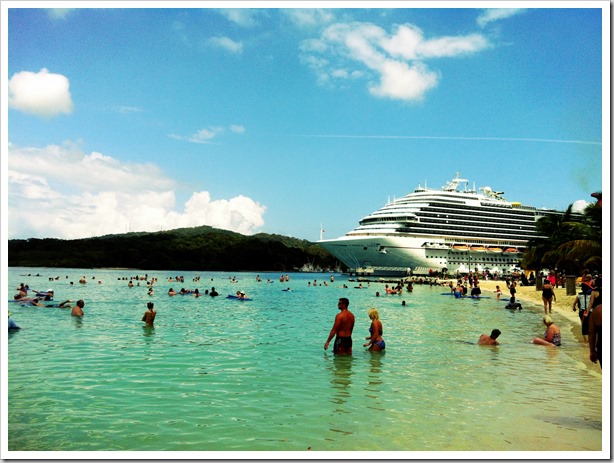 Now, I’ve been on plenty of cruises, on several cruise lines, Carnival being one of them. But not before this trip did I ever cruise with my child.

I want to ONLY travel on cruises with him from here on out. In fact, he’s decided it’s so great, that we need to go every 3 months. I’m pretty much okay with that. 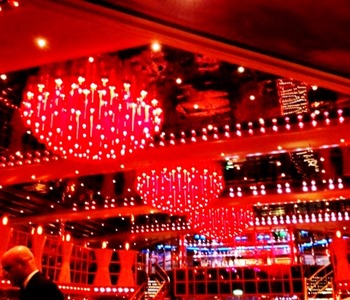 You might think – well – there’s nothing for the kids to do. I’ll have to watch them all the time, and where’s the fun in that? They won’t want to eat the fancy dinners. They’ll be bored and I’ll be miserable. 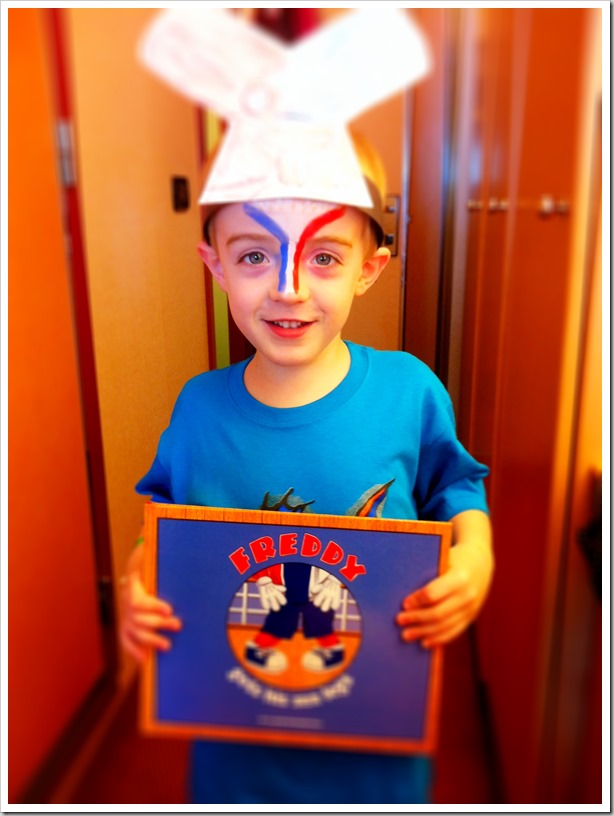 Camp Carnival is about the best invention EVER, and whoever thought of it needs to be made queen of America. Male or female, makes no difference. Queen. Located on the 11th deck, just above the Breakfast/Lunch Dining Area, Camp Carnival is a playground for kids of all ages. Seven is 5, and his group housed 2-5 year olds. There is a camp for older kids, too, full of Wii and computers and all sorts of rambunctiousness that kids that age enjoy. But Seven’s group – PLAYLAND.

We could drop him off at any time of the day, morning til night (til 10pm!) for FREE. FREE, I say. Every hour or so they would switch up activates, say, bingo one hour, movies the next, Wii the next. Crafts and story time, dancing, you name it. Fun mascots would show up sometimes with gifts, there was face painting, and later in the evenings – Night Owls.

We loved Night Owl parties as well as Camp Carnival, as it gave us some adult time after 10pm. Only $6.75 per hour, and the kids could stay until 3am. Not that we did that, but we could have. Seven came home with goodie bags galore from those parties – cute stuff! – and a mouth that wouldn’t shut up about how much fun he had had.

That’s worth every penny.

A vacation that the whole family can enjoy, with built in babysitting? Come on now. That’s good stuff. And you know what else? He LOVED those fancy dinners. 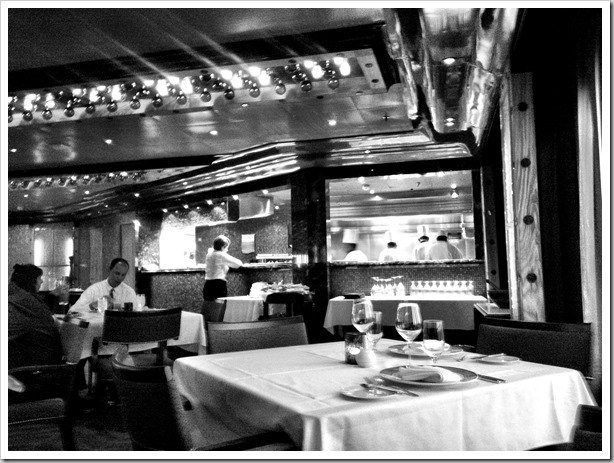 One evening while Sev was dining and playing with the Camp kids, I was invited to experience the Chef’s Art Restaurant. This restaurant is the upscale, additional fee restaurant onboard, where fancier cuts of meats and finer dining takes place. It’s only $35 per person to upgrade to this wonderful meal, and worth so much more than that. 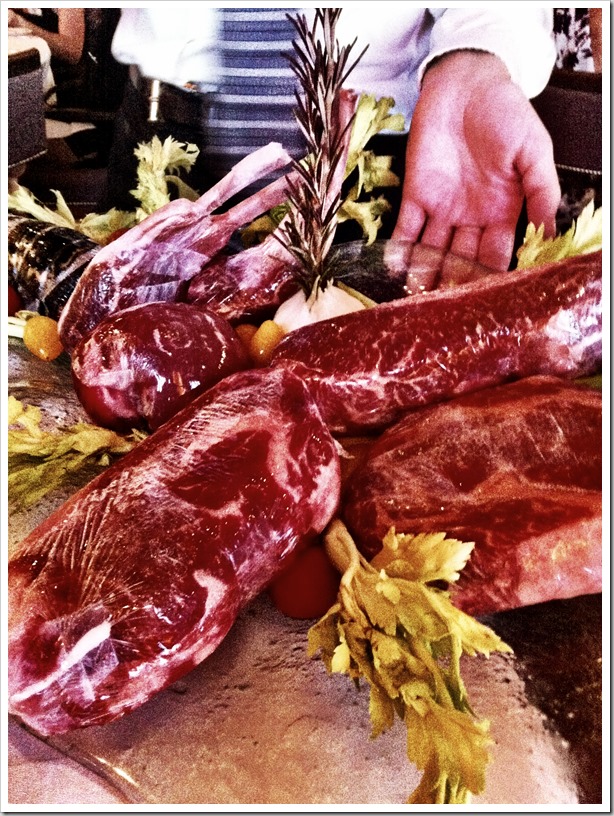 A bevy of waitstaff handled us, beginning with a wine server, followed by a young lady who introduced us to every cut of meat on the menu…and let me tell you, those folks aren’t playing around with the meat. HUGE portions. Ridiculous, almost. 18 ounce cuts were a plenty. There was no way to eat an entire meal after a steak like that. 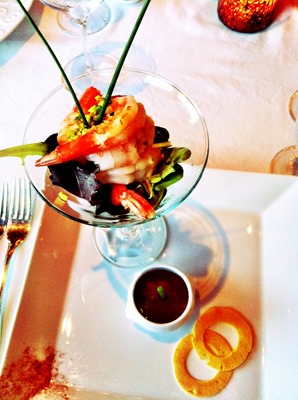 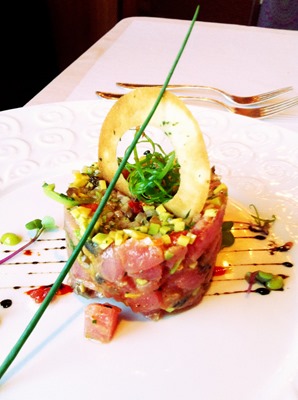 I had an incredible shrimp cocktail (maybe the best I’ve ever eaten),  a mushroom cappuccino soup, one of those giant steaks, and of course, dessert.

Cheesecake. It was as big as my face. And man, was it ever delicious. 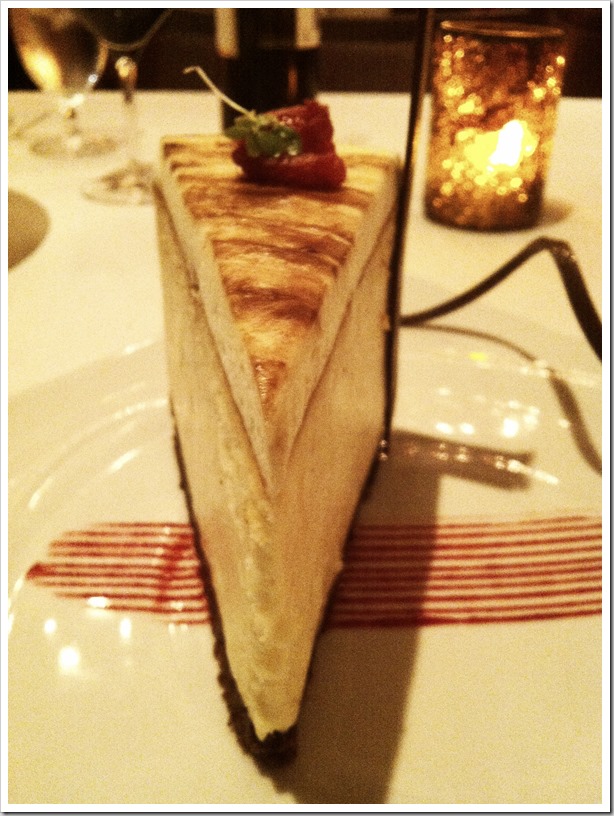 After dinner we picked up Seven from the camp and headed to the theater for a show. We saw two while on board, and we all three loved both of them. I think I may have preferred the country music show the best, but again, both were so well done. Full of sparkle and glitz, great singing and dancing. Seven loved it, and despite the shows not ending until midnight, he was so entranced that he never fell asleep.

Not until we got back to the room, that is. 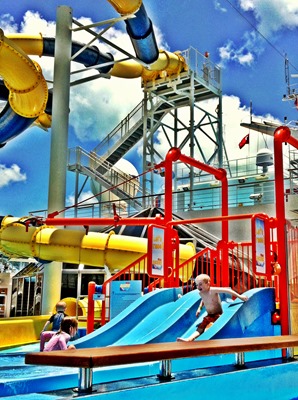 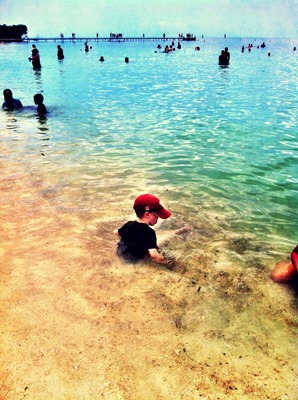 We wore ourselves out every day touring the port towns, playing on the beaches, shopping, and then lounging by the pool. The waterslides were a huge favorite for Seven, and keeping him off the slide deck was near to impossible – so I finally caved and just pulled up a lounger there. It was a great spot! 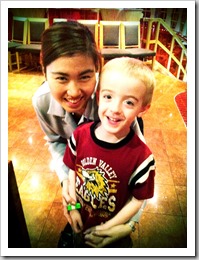 When not on deck, we were taking in the spa – we bought a week package to visit and take advantage as often as we wanted. Steamrooms, saunas, water therapy – it was all there to enjoy, and did we ever enjoy it. I also booked a hair appointment, and my girl did a great job with both the cut and the color. I’m rarely pleased with a haircut, but she did a great job!

All in all, for the value, I can’t consider NOT taking another Carnival cruise. We had amazing staff (Seven had two girlfriends, both from the Philippines), wonderful food, relaxing days, fun, exciting evenings, plenty of shopping, and plenty of quality time both as a couple as well as a family. Perfect in every way. 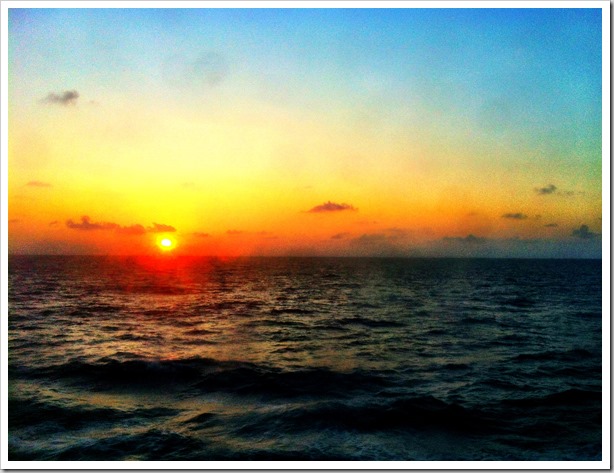 Thanks so much to Carnival for hosting this amazing trip – I won’t forget it! And of course, though the cruise was complimentary, all thoughts and opinions are my own.

Spread the love
A Cake Competition… and One of My Favorite Haunts! Deep Fried Sugared Pasta and Strawberry Crunch