Bon Jour from Colmar! Today I am letting Rusty take over the blog, because I believe he may love French Toast even more than I do…which is saying a lot! Enjoy! 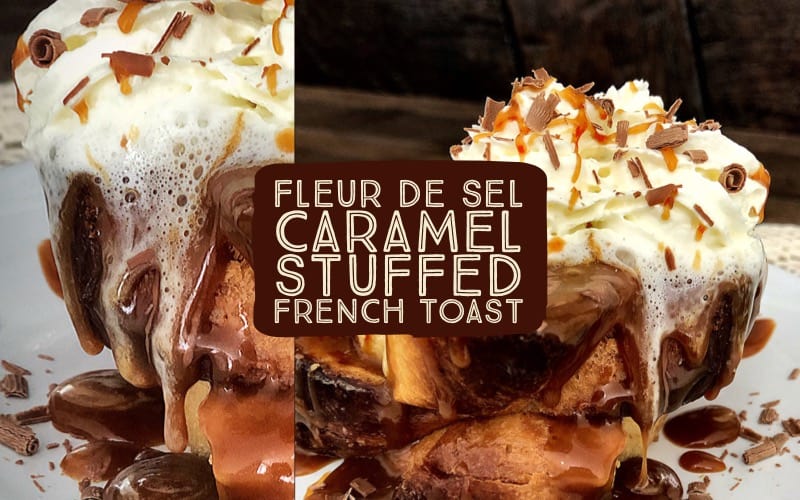 I love French toast.  But why?  Well, I love breakfast, but, unlike most people, I can’t stomach the taste (or smell) of eggs.  Now, I know what you are thinking.  French toast has egg!  So do cookies, and I gobble those up like that blue creature on Sesame Street.  But eggs, in their lone form, I cannot handle.  So, I am forced to entertain the plethora of other breakfast options.  Pancakes, waffles, oatmeal, biscuits and gravy, all very yummy.  Ah, but French toast—it’s fancy, flavorful, and an outright delicacy.  You can dress it up and have the most elaborate breakfast creation ever; the perfect canvas for any culinary artist, or for anyone wanting to have fun in the kitchen on a Sunday morning.

The first French toast that I can recall having was made by my Memmie.  This is my dad’s mom, and my sister and I trekked over nearly every morning of the summers in the mid 1990s.  Memmie’s French toast was tasty but simple.  I was in my teens so I didn’t care much how she made it, all I knew is that it came with honey and bacon.  My Paw-Paw, sister, and I would gobble it up.  I loved her French toast, though I’m not sure why.  Maybe because it was different than anything I had ever had, maybe it was because it was in my grandparent’s home, or maybe because I was 14 and was hungry, who knows?!

My mom’s French toast was just as tasty, but way different.  You could tell that Memmie’s French toast was a regular piece of bread with some slight alterations.  My mom’s, on the other hand, looked like something else entirely.  It was dark.  Coated in cinnamon and pan fried after being doused in some sort of mixture.  It wasn’t until I was probably 20 years old that I learned that French toast was made with eggs!  My mom said I would’ve never eaten had I known—she’s probably right, she usually is. 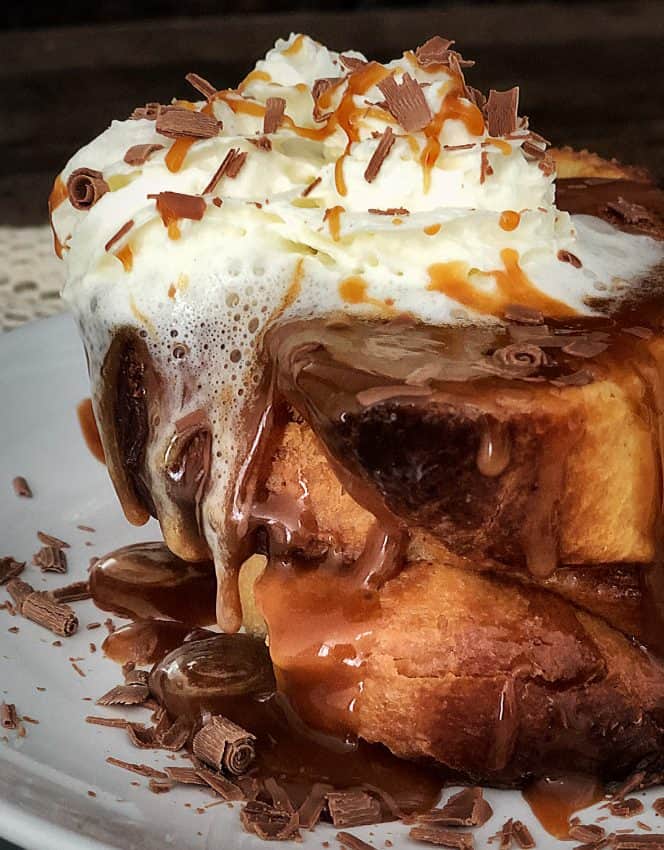 So here we are, in 2019.  I’ve had French toast in countless places all over the world.  But today, just this morning, I had French toast in France.  It wasn’t made at the bistro down the street, or the café near the river in this fairytale town of Colmar.  Nope.  My wife made it.  Right here in the kitchen at our Air Bnb.  The verdict:  tied for the best French toast I’ve ever devoured.  Tied with the blueberry goodness from Mon Ami Gabi in Las Vegas. 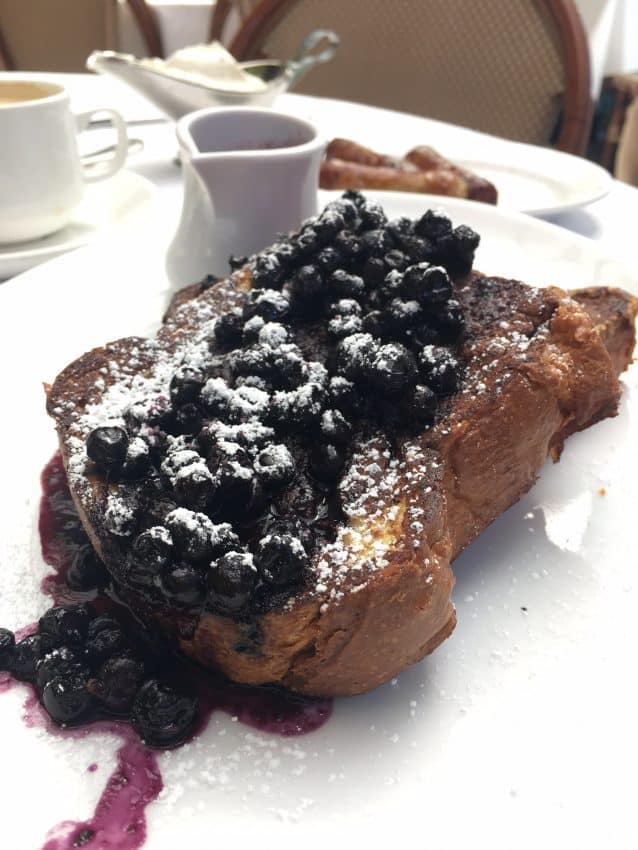 Before this taste of Heaven that my wife created, Mon Ami held the title.  Blueberries and whipped cream adorn their perfectly grilled bread, slightly charred to have a decadent crunch.  The blueberry syrup cascades off each side, adding flavor and color to the already perfect breakfast entrée. 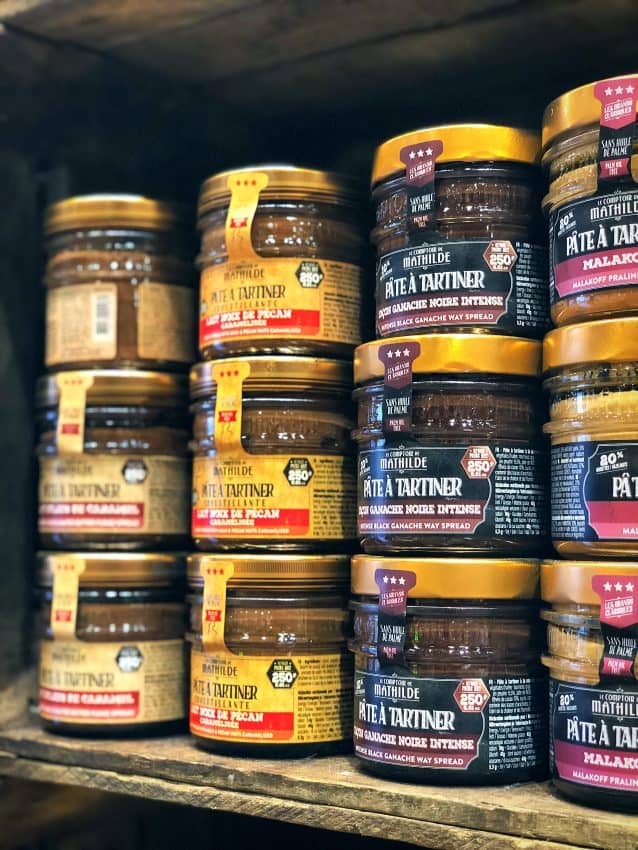 And now?  Well I lied earlier.  Mon Ami isn’t tied for first, it is second.  That’s right, in a matter of a paragraph I’ve changed my mind.  Mainly because I looked at the picture of my wife’s French toast from just a couple hours ago.  What makes it so great?  Is it the bread?  The whipped cream?  The cream- cheese?  I don’t think so.  It’s the gold.  A gooey caramel sauce, housed in a small glass jar, heated to the perfect temperature, and drizzled over the freshly grilled brioche.  Just thinking about it makes me salivate.  So how did this come to fruition? 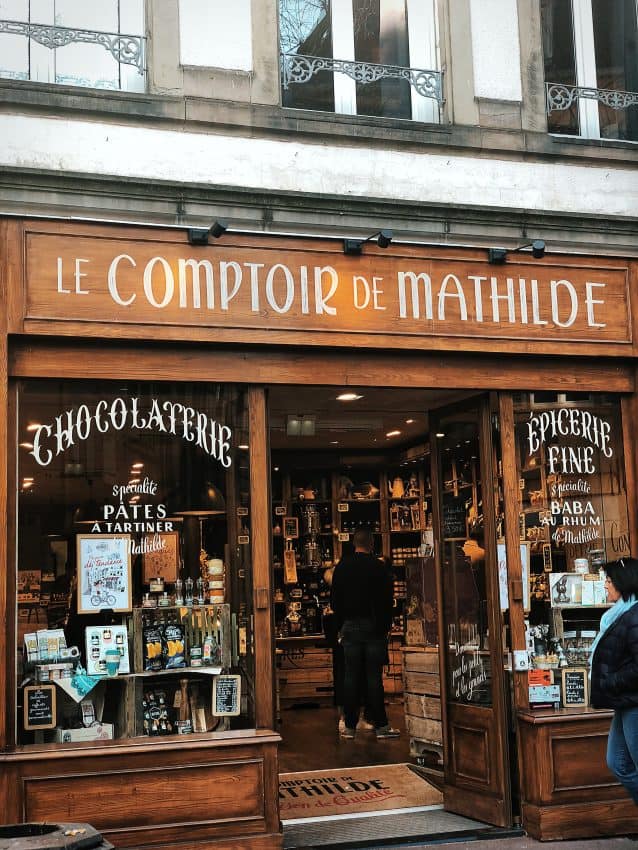 Well, we stumbled into a, no wait, THE candy shop, Le Comptoir de Mathilde.  The owners put up with our weak, very weak attempt at their language, laughed, and spoke English in return.  We bought a few chocolates and tasted a few more.  The next day we returned, just as we told the chocolatiers we would.  It is then that we found the jar of gold: fleur de sel caramel.  A caramel spread that oozes with richness, with the consistency of peanut butter and the luster of gold.  It would make blue jeans taste good, so imagine what it does to cream-cheese stuffed battered brioche.  Add a dollop of whipped cream, and…well…yeah. 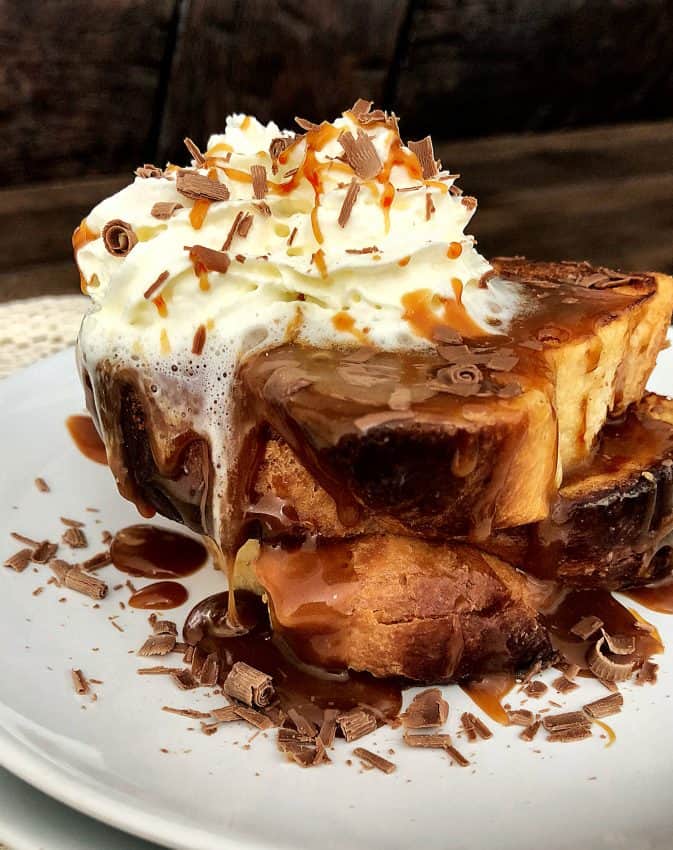 Kitka French toast from Peli Peli is more than deserving to be in this conversation.  I can even make it the number two choice, depending upon my mood.  Fresh baked brioche, passion fruit crème, and a mixture of berries put this near the top.  This would actually be number one (yes, even ahead of my wife’s, shhh, don’t tell) if they would permanently replace the syrup with the sticky toffee sauce.  You see, I’m not a big fan of syrup, but the decadent toffee concoction used in their famous dessert is a perfect addition to their French toast.  You just have to ask and hope your waiter cooperates, and he will.  Peli Peli is a South African restaurant with a few locations in the Houston area.

There you have it, three of the best French toasts that you could ever eat.  Two are available for purchase, and the other, well, you’ll have to make for yourself.  So, get moving.  Find a tasty brioche or challah, experiment in the kitchen, and have at it!  Pair it with a mimosa or this beyond good peaches and cream sangria and have yourself the perfect Sunday brunch party (for one or more)! 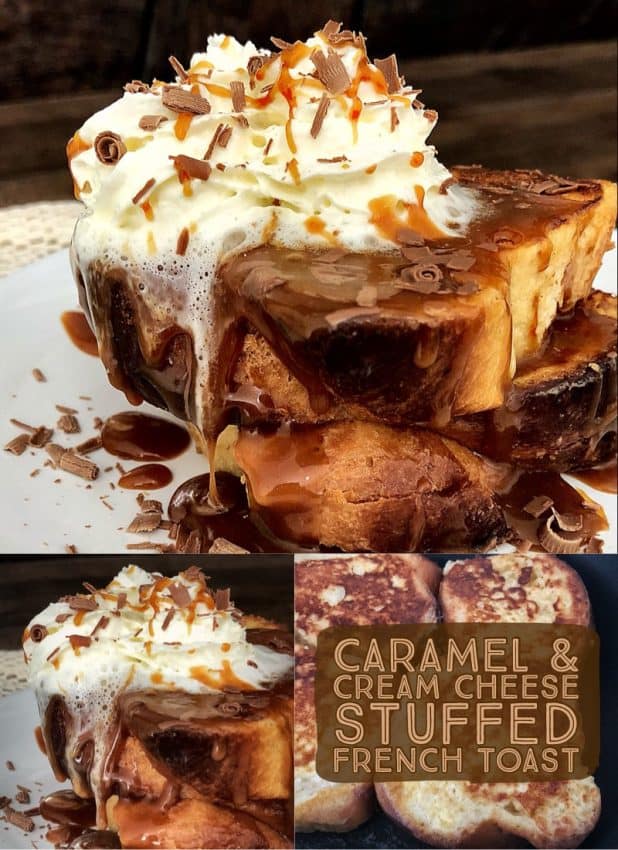 There are plenty of premade caramel options available in stores (like this incredible fleur de sel caramel we used), and even more recipes available online. One of my favorite caramels is found here, simply jar the caramel for later use, and skip dipping the apples!

Spread the love
Arriving in Colmar Our New Life in Colmar