When you picture visiting China, what comes to mind? No doubt smog-filled city skylines and rows upon rows of soul-crushing high-rises stretching off as far as the eye can see. Thanks to the ruling communist party, China is still struggling to throw off the shackles of its past – and present. 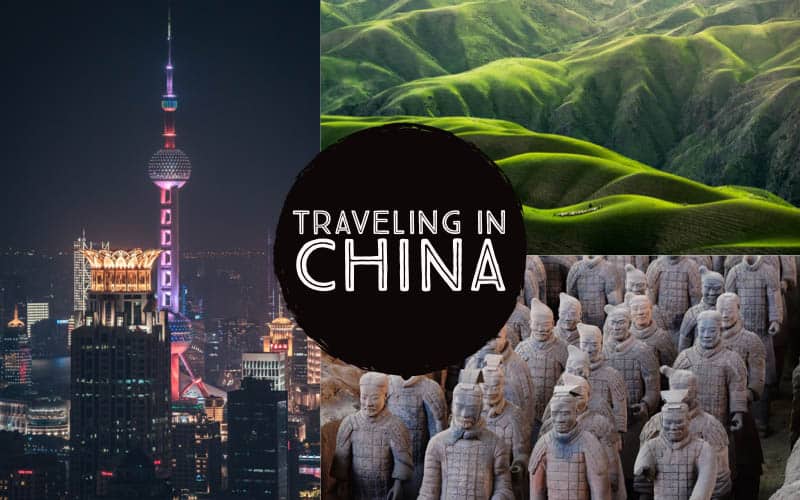 But China is a very different place from what you might imagine. While it has its concrete jungles like any other industrialising country, it is a place going through profound change, the likes of which we find difficult to imagine here in the west.

Here are some of the things that you learn when you visit China.

If Everything Is Big In Texas, Then It’s Even Bigger In China

Thanks to cities like Dallas and Houston, Texas got a reputation for going big. Everything was enormous, from the highways to the trucks, to the portions of food.

In China, they also believe in making things enormous. The biggest airport in the US (and the world, for that matter) is currently Hartsfield-Jackson Atlanta International which processes more than 103 million passengers per year through its gargantuan terminals. China, however, has an even larger airport, Beijing Daxing, which will soon overtake Atlanta as the biggest airport in the world by passenger volume.

When it comes to buildings, China is ahead there too. The country is building more “hyper-talls” than the US and has many more completed buildings over 400 meters.

Most Of China’s City’s Are New

When you stroll down a street in a western city, you know that it grew up over many decades. Things changed slowly from one year to the next, and most towns in Europe retain their medieval street plans.

That’s not true in China. When you travel to a Chinese city, you immediately see the enormous changes that have taken place in a short time. Outside of the center of traditional urban centers like Beijing and Shanghai, the whole place is a building site, with construction going on around the clock. Freshly-poured concrete bejewels the landscape, giving you the impression that you’ve stepped into a redevelopment. But it’s not a redevelopment – it’s just development.

Over the last ten years, China’s economy has nearly doubled in size. The size of the tourist market, however, has barely budged. The number of people visiting the country is about the same in 2020 as it was in 2010, and the amount that they’re spending hasn’t risen to compensate.

The reason for this has to do with the structure of the Chinese tourist market. At the moment, you get a very western experience. Most people stay in a Best Western or Hilton in the middle of Beijing and Shanghai and never really go out and explore the rest of the country. But it is in the provinces where the real magic of the country is to be found. It’s here that you’ll encounter the ancient wonders, rice paddies, and traditional food outlets, unchanged for hundreds of years.