Wow, That was something. 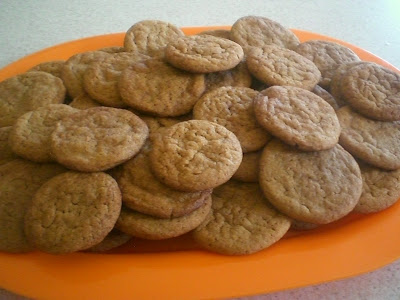 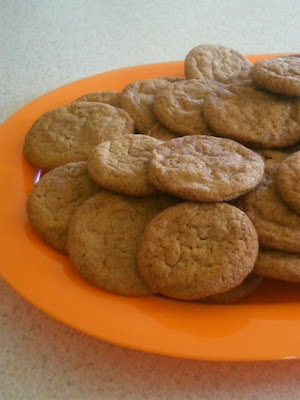 I had big intentions today to make those muffins. Really, I did. But for some reason I decided to make something else, some Galettes. I even sent Jon to the store to buy the things I needed, but overlooked an ingredient, so the galettes were nixed, too. But I had been looking at a gingersnap recipe that sounded good, so I set out to make them. The recipe called for shortening, which I DID have in the cabinet, but we never use shortening, and I really know nothing about it. Let me just say it was gross, though, and smelled yucky. But because it is greasy muck anyway, I assumed that was okay. Well, an hour and 80 cookies later, I find out from my mother that shortening turns rancid. Yep, that’s right, 80 rancid gingersnaps. They tasted like the underside of a skunky wheelwell. I’ve said it before, though, live and learn. What I learned from that mishap was that the rack in my oven was too low for gingersnaps, so thats a positive thing. I also learned that somehow, one side of my oven is hotter as well – so I will know that in the future.
Because I couldn’t just have a cooking failure day, I just finished another large batch of the gingersnaps, this time made out of fresh shortening, and they are pretty good. I think they will taste better tomorrow when they harden up a bit – I like ’em nice and snappy. Great with milk. 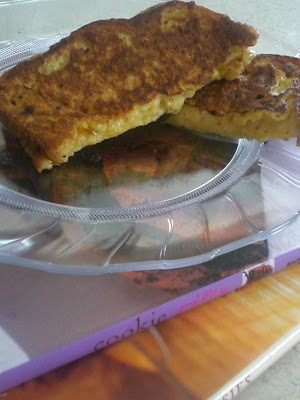 I also made stuffed and battered grilled cheese sandwiches for us for lunch today. I was trying to recreate the sandwiches we had in Venice, and although these were good, they weren’t Venice. Basically what you are looking at is a piece of white bread folded in half, stuffed with american cheese and shredded mexican cheeses, then dipped in an egg, milk and seasoned flour batter and fried up like french toast. A nice change to the typical grilled cheese, and not that much more involved.