IT’s full on pear season, and let me tell you, I am in heaven. I love pears. Pear tarts, pear crisps, pear juice (LOVE pear juice), and now…pear chips.

Throw some thinly sliced fruit in the oven just before bed time, and when you wake up the next morning – snack time.

Officially, I thought these would be great for Seven, but, umm, my friend Mike made a big batch of them and it was me who ended up snarfing them all down.

I am such a good mother.

Hey…it’s the thought that counts.

Grab the recipe from over on the Dixie Crystals website…there are lots of great new fall recipes to choose from, but you want THESE! 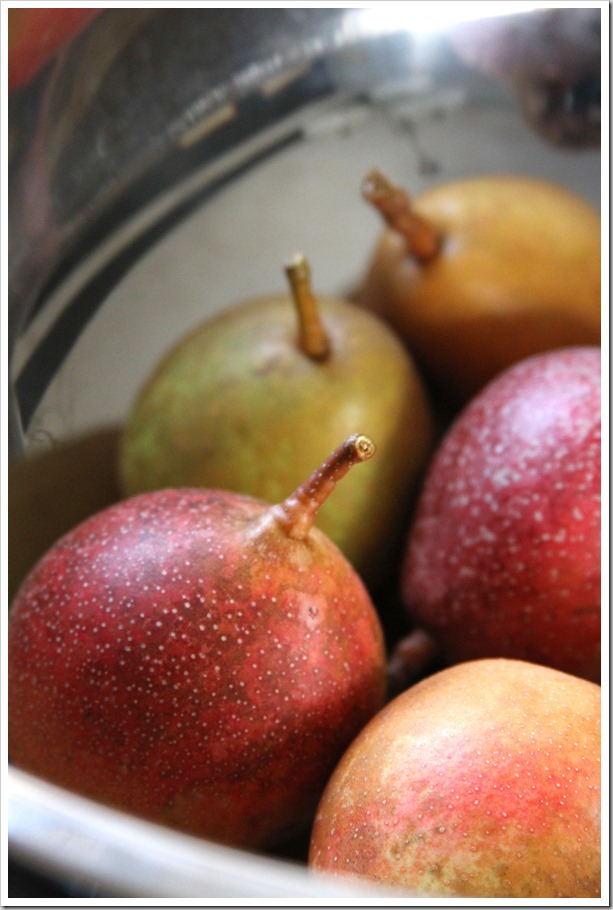